The List Historic Monuments of Dengfeng in “The Centre ...
Print

Historic Monuments of Dengfeng in “The Centre of Heaven and Earth”

Historic Monuments of Dengfeng in “The Centre of Heaven and Earth”

Mount Songshang is considered to be the central sacred mountain of China. At the foot of this 1500 metre high mountain, close to the city of Dengfeng in Henan province and spread over a 40 square-kilometre circle, stand eight clusters of buildings and sites, including three Han Que gates - remains of the oldest religious edifices in China -, temples, the Zhougong Sundial Platform and the Dengfeng Observatory. Constructed over the course of nine dynasties, these buildings are reflections of different ways of perceiving the centre of heaven and earth and the power of the mountain as a centre for religious devotion. The historical monuments of Dengfeng include some of the best examples of ancient Chinese buildings devoted to ritual, science, technology and education. 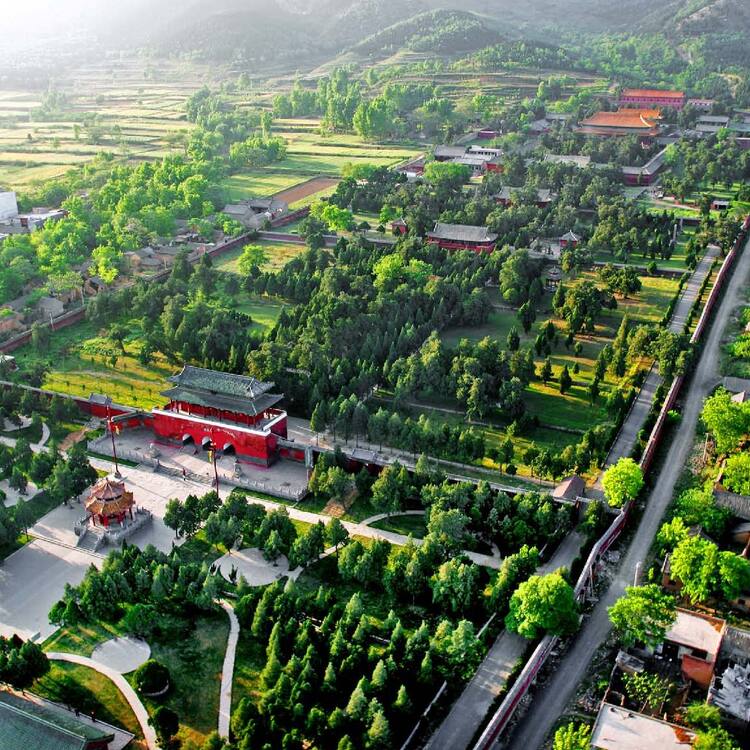 For many centuries Dengfeng, one of the early capitals of China whose precise location is unknown, but whose name is now associated with an area to the south of Mount Shaoshi and Mount Taishi, two peaks of Mount Songshan, came to be associated with the concept of the centre of heaven and earth – the only point where astronomical observations were considered to be accurate. The natural attribute of the centre of heaven and earth was seen to be Mount Songshan and worship of Mount Songshan was used by the Emperors as a way of reinforcing their power.

The three ideas do therefore converge to some extent: the centre of heaven and earth in astronomical terms is used as a propitious place for a capital of terrestrial power, and Mount Songshan as the natural symbol of the centre of heaven and earth is used as the focus for sacred rituals that reinforce that earthly power. The buildings that clustered around Dengfeng were of the highest architectural standards when built and many were commissioned by Emperors. They thus reinforced the influence of the Dengfeng area.

Some of the sites in the nominated area relate closely to the mountain (Zhongyue Temple, Taishi Que and Shaoshi Que); the Observatory is very clearly associated with the astronomical observations made at the centre of heaven and earth, while the remainder of the buildings were built in the area perceived to be the centre of heaven and earth – for the status that this conferred.

Criterion (iii): The astronomical idea of the centre of heaven and earth is strongly linked with the idea of imperial power, with the propitiousness of establishing capitals at the centre of heaven and earth, and with its natural attribute, Mount Songshan and the ceremonies and ritual associated with it. The serial property reflects the significance of the area in terms of prestige and patronage.

Criterion (vi): The concentration of sacred and secular structures in the Dengfeng area reflects the strong and persistent tradition of the centre of heaven and earth linked to the sacred mountain which sustained imperial sacrifices and patronage over 1500 years and became of outstanding significance in Chinese culture. The Buddhist structures came to have a symbiotic relationship with the sacred mountain.

The attributes necessary to represent Outstanding Universal Value are present within the boundaries although the area associated with the concept of heaven and earth is considerably larger than the nominated property and a full justification for the choice of sites within that larger area has not been provided. Within each individual site, sufficient attributes remain to reflect their original layout, even though in most sites many of the individual buildings have been subject to several periods of re-building.

Individually, there is no concern over the authenticity of the attributes in terms of their materials, religious associations, and spatial layout. Overall although some of the sites are related to the physical attributes of the concept of heaven and earth– the mountain and its associated religious practices - the series as a whole does not readily convey the concept in an obvious way and the links need to be strengthened.

The majority of the monuments are protected as national monuments by the National Government. Only the Kernel compound of Shaolin Temple is protected at provincial level.

The Master Plan (Regulations for the Conservation and Management of Historic monuments of Mount Songshan in Zhengzhou City), approved in 2007, documents policies for protection and management of the nominated sites as well as directions for visitor capacity, circulation, facilities and the ongoing needs of the religious communities.

The nominated area lies within the Mount Songshan National Park and it is recommended that this becomes the buffer zone, absorbing the individual buffer zones proposed for the individual sites. The National Park has a Master Plan (2009-2025) to regulate its activities which are to protect both scenic and natural resources. Within the National Park, in addition to the provisions for individually protected monuments, there are construction control areas. The ‘natural environment’ within the Park provides the context and setting for the monuments and there is a need to ensure that this is adequately classified and protected in order to avoid adverse development.

play_arrow Historic Monuments of Dengfeng in “The Centre of Heaven ... (UNESCO/NHK)