The Derwent Valley in central England contains a series of 18th- and 19th- century cotton mills and an industrial landscape of high historical and technological interest. The modern factory owes its origins to the mills at Cromford, where Richard Arkwright's inventions were first put into industrial-scale production. The workers' housing associated with this and the other mills remains intact and illustrate the socio-economic development of the area. 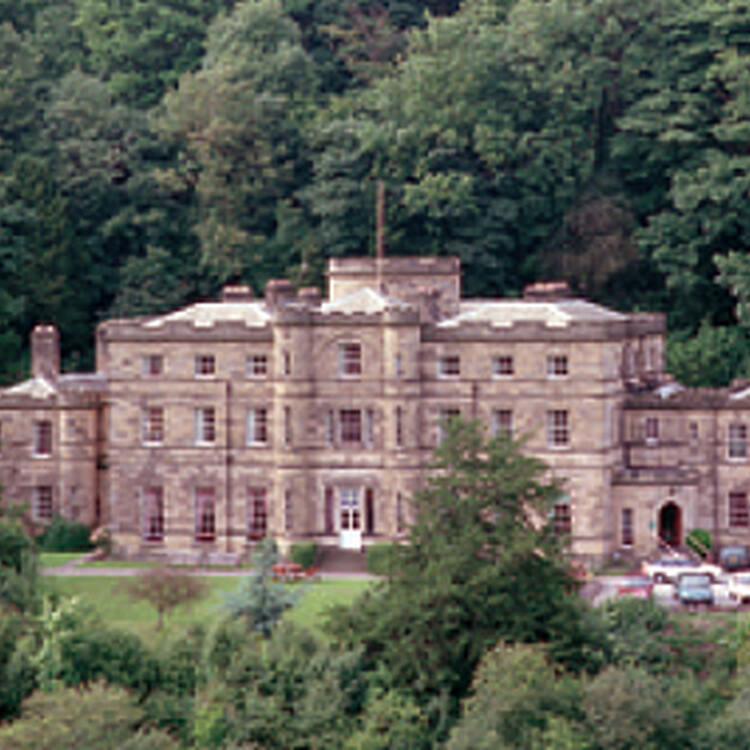 The Derwent valley, upstream from Derby on the southern edge of the Pennines, contains a series of 18th and 19th century cotton mills and an industrial landscape of high historical and technological significance. It began with the construction of the Silk Mill in Derby in 1721 for the brothers John and Thomas Lombe, which housed machinery for throwing silk, based on an Italian design. The scale, output, and numbers of workers employed were without precedent. However, it was not until Richard Arkwright constructed a water-powered spinning mill at Cromford in 1771, and a second, larger mill in 1776-77 that the "Arkwright System" was truly established. The workers' housing associated with this and the other mills are intact and span 24km of the Derwent valley from the edge of Matlock Bath in the north nearly to the centre of Derby in the south. The four principal industrial settlements of Cromford, Belper, Milford, and Darley Abbey are articulated by the river Derwent, the waters of which provided the power to drive the cotton mills. Much of the landscape setting of the mills and the industrial communities, which was much admired in the 18th and early 19th centuries, has survived.

In terms of industrial buildings the Derwent valley mills may be considered to be sui generis in the sense that they were the first of what was to become the model for factories throughout the world in subsequent centuries.

The cultural landscape of the Derwent valley was where the modern factory system was developed and established, to accommodate the new technology for spinning cotton developed by Richard Arkwright and new processes for efficient production.

The insertion of industrial establishments into a rural landscape necessitated the construction of housing for the workers in the mills, and the resulting settlements created an exceptional industrial landscape. The change from water to steam power in the 19th century moved the focus of the industry elsewhere and thus the main attributes of this remarkable cultural landscape were arrested in time.

Criterion (ii): The Derwent Valley saw the birth of the factory system, when new types of building were erected to house the new technology for spinning cotton developed by Richard Arkwright in the late 18th century.

Criterion (iv): In the Derwent Valley for the first time there was large-scale industrial production in a hitherto rural landscape. The need to provide housing and other facilities for workers and managers resulted in the creation of the first modern industrial settlements.

The relationship of the industrial buildings and their dependent urban settlements to the river and its tributaries and to the topography of the surrounding rural landscape has been preserved, especially in the upper reaches of the valley, virtually intact. Similarly, the interdependence of the mills and other industrial elements, such as the canals and railway, and the workers' housing, is still plainly visible. All the key attributes of the cultural landscape are within the boundaries. The distinctive form of the overall industrial landscape is vulnerable in some parts to threats from large-scale development that would impact adversely on the scale of the settlements.

Although some of the industrial buildings have undergone substantial alterations and additions in order to accommodate new technological and social practices, their original forms, building materials, and structural techniques are still intact and easy to discern. Restoration work on buildings that have been in a poor state of repair has been carried out following detailed research on available documentation and contemporary built architectural examples, and every effort has been made to ensure that compatible materials are used. In those cases where buildings have been lost through fire or demolition, no attempt has been made to reconstruct. The overall landscape reflects well its technological, social and economic development and the way the modern factory system developed within this rural area on the basis of water power.

A comprehensive system of statutory control operates under the provisions of the Town and Country Planning Act (1990) and the Planning (Listed Buildings and Conservation Areas) Act (1990). A network of strategic planning policies is also in place to protect the site. There are thirteen Conservation Areas falling wholly or partly within the property. 848 buildings within the area are included on the List of Buildings of Special Architectural or Historical Interest. There are also nine Scheduled Ancient Monuments.

Management responsibility is shared by a number of local authorities and government agencies. The coordination mechanism is provided by the Derwent Valley Mills Partnership. This has established a close working relationship between the local authorities involved in the nominated area. This partnership has been responsible for the preparation of a management plan for the property, most recently revised in January 2007.