The Gyeongju Historic Areas contain a remarkable concentration of outstanding examples of Korean Buddhist art, in the form of sculptures, reliefs, pagodas, and the remains of temples and palaces from the flowering, in particular between the 7th and 10th centuries, of this form of unique artistic expression. 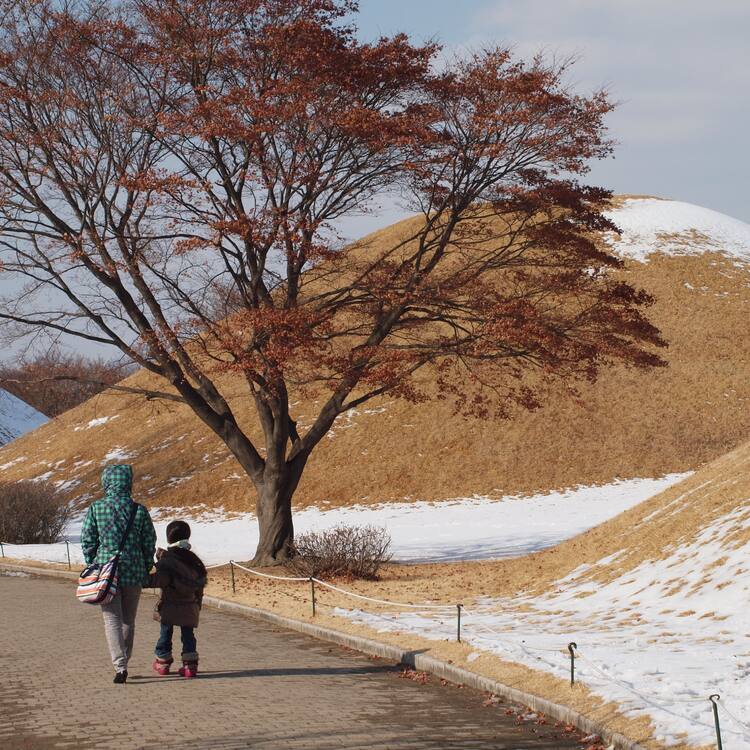 The Gyeongju Historic Areas contain a remarkable concentration of outstanding examples of Korean Buddhist art, in the form of sculptures, reliefs, pagodas, and the remains of temples and palaces from the flowering culture of Silla dynasty, in particular between the 7th and 10th century. The Korean peninsula was ruled for almost 1,000 years (57 BCE – 935 CE) by the Silla dynasty, and the sites and monuments in and around Gyeongju bear outstanding testimony to its cultural achievements. These monuments are of exceptional significance in the development of Buddhist and secular architecture in Korea.

The property comprises five distinct areas situated in the centre of Gyeongju and in its suburbs.

The Mount Namsan Belt lies to the north of the city and covers 2,650 ha. The Buddhist monuments that have been excavated at the time of inscription include the ruins of 122 temples, 53 stone statues, 64 pagodas and 16 stone lanterns. Excavations have also revealed the remains of the pre-Buddhist natural and animistic cults of the region. 36 individual monuments, including rock-cut reliefs or engravings, stone images and heads, pagodas, royal tombs and tomb groups, wells, a group of stone banner poles, the Namsan Mountain Fortress, the Poseokjeong Pavilion site and the Seochulji Pond, exist within this area.

The Wolseong Belt includes the ruined palace site of Wolseong, the Gyerim woodland which legend identifies as the birthplace of the founder of the Gyeongju Kim clan, Anapji Pond, on the site of the ruined Imhaejeon Palace, and the Cheomseongdae Observatory.

The Tumuli Park Belt consists of three groups of Royal Tombs. Most of the mounds are domed, but some take the form of a half-moon or a gourd. They contain double wood coffins covered with gravel, and excavations have revealed rich grave goods of gold, glass, and fine ceramics. One of the earlier tombs yielded a mural painting of a winged horse on birch bark.

Hwangnyongsa Belt consists of two Buddhist temples, Bunhwangsa Temple and the ruins of Hwangnyongsa Temple. Hwangnyongsa, built to the order of King Jinheung (540 – 576 CE) was the largest temple ever built in Korea, covering some 72,500 m2. An 80 m high, nine-storey pagoda was added in 645 CE.  The pagoda in Bunhwangsa was built in 634 CE, using dressed block stones.

The Sanseong Fortress Belt consists of defensive facilities along the east coast and at other strategic points and includes the Myeonghwal Mountain Fortress.

Criterion (ii): The Gyeongju Historic Areas contain a numberof sites and monuments of exceptional significance in the development of Buddhist and secular architecture in Korea.

Criterion (iii): The Korean peninsula was ruled for nearly a thousand years by the Silla dynasty, and the sites and monuments in and around Gyeongju (including the holy mountain of Namsan) bear outstanding testimony to its cultural achievements.

As a serial property, the individual areas together convey the value of Gyeongju as the capital city of the Silla Dynasty. The heritage areas, as a whole, serve as testimony to the 1,000-year history by providing evidence of the entirety of the culture, including the city layout, social structure and modes of living of the Silla dynasty. All necessary components to portray the values of the capital city and their original settings are included within the property.

The area surrounding the Mount Namsan and Sanseong Belts are rural and face little threat of development. However, the remaining portions of the historic areas are in urban districts. Building heights, design, encroachments from development and the growing number of vehicles within Gyeongju, all of which could interfere with the physical and visual integrity of the historic areas, should be strictly controlled. The function of the East Sea Southern Railway line running through the Wolseong Belt has been terminated.

The overall complex of the Gyeongju Historic Areas maintains a high degree of authenticity, as do the individual elements, which are largely archaeological sites and carvings. The various component elements of the historic areas have been maintained in situ in their original settings and the ruins of the temple and palace sites have been maintained so as not to interfere with their original form and layout. There has been little restoration of the architecture, sculptures, pagodas, tombs and fortresses, and the work that has been undertaken has been based on scientific evidence from excavation and other forms of research.

Gyeongju Historic Areas consists of five different sub-areas of Mount Namsan, Wolseong, Tumuli, Hwangnyongsa Temple and the Fortress Belt, which are owned by the national government. The entire area of the property, including the numerous individual sites, has been designated as State-designated Cultural Heritage under the Cultural Heritage Protection Act. The entire area is also designated as a national park under the National Park Law. These measures severely restrict any form of development within the designated area. A 500 m buffer zone (Historic Cultural Environment Protection Area) has been established around each of the historic areas, under the Cultural Heritage Protection Act. Within the buffer zones, all construction requires authorization. In order to protect the abundance of unearthed heritage, it is mandatory in Gyeongju City to conduct a Cultural Heritage Impact Assessment before any construction takes place.

At the national level, the Cultural Heritage Administration (CHA) is responsible for establishing and enforcing policies for protection and allocating financial resources for the conservation of Gyeongju Historic Areas. Gyeongju City is directly responsible for the more specific operations of conservation and management together with the Korea National Park Service, which is responsible for the management of Mount Namsan. Regular day-to-day monitoring is conducted at the sites, and in-depth professional monitoring is conducted on a 3-to-4 year basis.

Conservation work is conducted by Cultural Heritage Conservation Specialists who have passed the National Certification Exams in their individual fields of expertise. The CHA and Gyeongju City have continued to purchase the land surrounding the designated heritage areas to ensure better protection and connectivity between the areas. The East Sea Southern Railway will be completely removed by 2014.

Management plans are in force for the Gyeongju Historic Areas, which address the preservation of the original status of the Historic Areas, preservation of the surrounding environment of the Historic Areas, use of the Gyeongju Historic Areas for the education of citizens and field studies for students. They provide for the establishment of long-term plans, the strengthening of measures against forest fires, floods, and other natural calamities, a scientific research program, including archaeological excavations, and a policy of seeking systematic investment and site-management proposals that are eco-friendly and consistent with world-class tourism policies. In addition, programs are in place for regular conservation and maintenance of sculptural and monumental antiquities and for selective restoration, based on thorough scientific research.

Regular monitoring is to be carried out on the open sites, to check for any illegal use of the land for unauthorized burials or shamanistic rites. Parking facilities are to be extended and marked paths laid out so as to prevent uncontrolled access to the land. 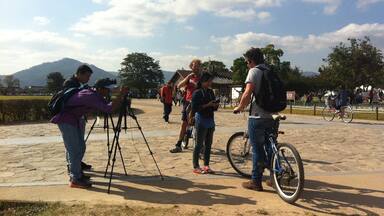 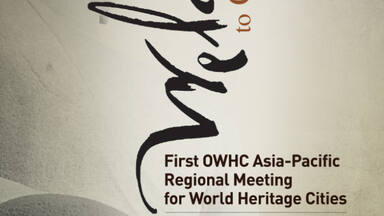