The List Old Town of Ávila with its Extra-Muros ...
Print

Founded in the 11th century to protect the Spanish territories from the Moors, this 'City of Saints and Stones', the birthplace of St Teresa and the burial place of the Grand Inquisitor Torquemada, has kept its medieval austerity. This purity of form can still be seen in the Gothic cathedral and the fortifications which, with their 82 semicircular towers and nine gates, are the most complete in Spain. 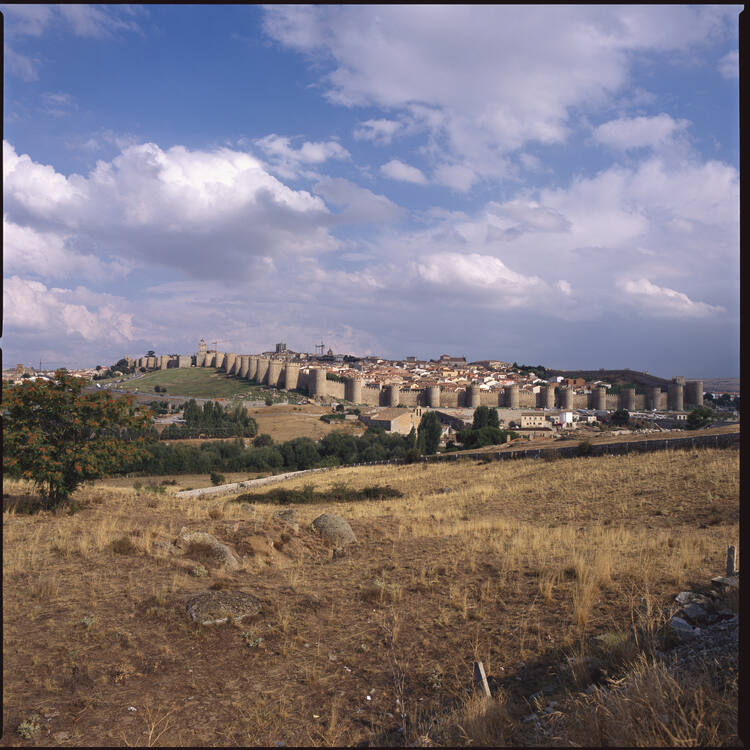 Old Town of Ávila with its Extra-Muros Churches (Spain) © UNESCO

The city of Ávila is located in the centre of Spain, in the Autonomous Community of Castile and León. Founded in the 11th century to protect the Spanish territories from the Moors, this 'City of Saints and Stones' has maintained its medieval austerity, and is the birthplace of St Teresa and burial place of the Grand Inquisitor, Torquemada. This purity of form can still be seen in the Gothic cathedral and fortifications that, with their 87 semi-circular towers and nine gates, is the most complete found in Spain.

The layout of the city is an even quadrilateral with a perimeter of 2,516 m. Its walls, which consist in part of stones already used in earlier constructions, have an average thickness of 3 m. Access to the city is afforded by nine gates of different periods; twin 20 m high towers, linked by a semi-circular arch, flank the oldest ones, Puerta de San Vicente and Puerta del Alcázar .

Following the Reconquest of Toledo in 1085 by Alfonso VI, a policy of “repoblaciones” (repopulation) was undertaken to shore up the Kingdom of Castile, which was still vulnerable. The rise of Segovia, Ávila, and Salamanca during the Middle Ages stemmed from this strategic plan.

Ávila alone has kept its surrounding walls, which in part  date back to 1090, while the greater part appear to have been rebuilt during the 12th century.

The intra-muros town and the walls that surround it, as well as the other component parts, show the magnificence of the medieval city, reflected in the Romanesque style of the churches, and expressing the ‘Golden Age’ of Avila in the architecture of convents and monasteries.

Criterion (iii): Ávila is an outstanding example of a fortified city from the Middle Ages, the surrounding walls of which are fully intact. The density of religious and secular monuments, both intra and extra-muros makes it an urban ensemble of exceptional value.

Criterion (iv): Ávila is the best-known example of a fortified city resulting from the repopulation policy of the Kingdom of Castile following the Reconquest of Toledo.

The inscribed property contains all the necessary elements to express its Outstanding Universal Value: the fortified walls, the intra-muros city, and the significant extra-muros churches - all representative elements of the medieval city; together with the monuments of the 16th century, which represent the ‘Golden Age’ of Ávila. All these monuments are protected by the current laws and require appropriate and thorough planning for each proposed intervention, which are strictly aimed at the preservation of the monuments.

The extension of the inscribed property, which incorporated further components, was essential to ensure the overall protection of the distinctive urban fabric ensemble and the conditions for which the site was inscribed. The establishment of a buffer zone will be crucial to address vulnerabilities of the property from urban expansion and modern development. Additional protective legislation and regulatory measures for the buffer zone will enhance the protection of the inscribed property and its immediate setting, including key views to and from the town.

Due to its early legal protection, the city of Ávila maintains the key features of authenticity in terms of form, design, location, and setting. The inscribed monuments have undergone works of simple maintenance, the town walls have been restored only where necessary, and the City Council has made an important effort to allow for the visit of the complete layout of the walls. Regarding the city itself, the urban layout of the intra-muros town has been preserved, and traces of the medieval city can still be recognised today.

The property has undergone the typical changes of a living property – urban infrastructure projects and building renovation – but these works have always been under strict control of the administration departments in charge of cultural heritage. In a city classed as a “Historic Site” every intervention must comply with the cultural heritage principles established in the current laws, and, therefore, must have explicit authorization from the administration prior to project implementation.

The city of Ávila was registered as a “Historic Site” in 1982, and its walls have the classification of National Monument; furthermore, each one of the ten inscribed extra-muros churches are declared as Property of Cultural Interest (BIC, Bien de Interés Cultural), the highest level of protection according to the current Cultural Heritage Laws.

As a result of the Collaboration Agreement between the Council of Culture and Tourism of la Junta de Castilla y León and the City Council, a draft Management Plan has been drawn up, aiming at safeguarding the Outstanding Universal Value of the property. It is accompanied by a regularly revised Urban Plan for the protected area, which reinforces the protection of the cultural values of the historic city. Both planning tools serve as a roadmap that sets all principles and features the public administrations must take into account to adapt their policies to the conservation of the Outstanding Universal Value of the site, which must prevail over other considerations. All the existing and future sectorial plans – concerning tourism, accessibility, urban planning, economic and social plans, etc. – will be included in this Management Plan. The Plan will help the administrations to face the current problems suffered by historic cities like Ávila, such as the management of urban development and its consequences (increasing demand of public facilities, residential development, traffic congestion, etc.) without damaging the cultural and historic values of the town.

In addition, several projects have been drawn up to maintain and promote its Outstanding Universal Value. The regional government has set up a World Heritage Cities Centre at the Palacio de los Verdugo as a research and evaluation institution. The City Council has undertaken important actions aiming at protecting, promoting, and managing the city, especially in the area concerning accessibility. A Centre of Control and Coordination of Urban Mobility has also been created. Ávila also participates in an educational program aimed at schoolchildren to promote the knowledge of World Heritage. Regarding protection, the City Council has set up a Plan for Protection, Conservation, and Cataloguing of the Historic Site in case of emergencies. To reinforce these policies, the City Council has created a specific department in charge of Cultural Heritage. 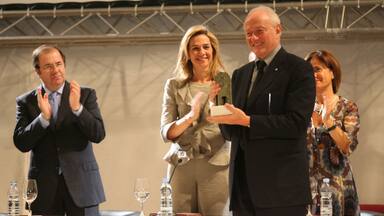