Small Island Developing States (SIDS) are islands of the Caribbean Sea and the Atlantic, Indian and Pacific Oceans. They are some of the most beautiful places on Earth, with atolls of white sand beaches, mountain ranges covered in cloud forest, historic ports and towns, and agricultural landscapes. They are relatively remote, vulnerable to environmental challenges, such as climate change, and generally small in size—Niue has a population of only 1,269, and Tuvalu a total land area of only 26km.

The SIDS were recognized as a distinct group of developing countries in June 1992, at the UN Conference on Environment and Development. The 29th session of the World Heritage Committee in 2005 adopted the World Heritage Programme for SIDS (Decision 29 COM 5B), and the SIDS have since become a point of focus for World Heritage identification and protection.

The number
of SIDS

The number of  World Heritage Properties in the SIDS

The smallest population
in SIDS (Niue)

Regional Action Plans in the Caribbean and in the Pacific

The World Heritage Programme for SIDS has been supporting the development of the recent Regional Action Plans for the World Heritage in the Caribbean and in the Pacific, as these are the roadmap in developing and implementing World Heritage activities for SIDS. Other SIDS action plan and work plan have been developed recently which will be also utilized as a key reference.

Action Plan
for World Heritage
in the Caribbean 2015-2019

In 2008, to ensure that UNESCO’s unique multi-disciplinary expertise – in science, culture, climate change, education, biodiversity resource preservation, knowledge management and information for decision-making – are productively used in addressing the multiplicity of challenges facing SIDS, a UNESCO intersectoral platform has been established. The World Heritage Programme for SIDS is a part of this platform. The SIDS platform mobilizes UNESCO’s house-wide contribution for the Sustainable Development of SIDS through an integrated approach to sustainable island living and development, emphasizing interregional linkages and cooperation, reflecting the priority status assigned to SIDS in UNESCO’s current strategy. 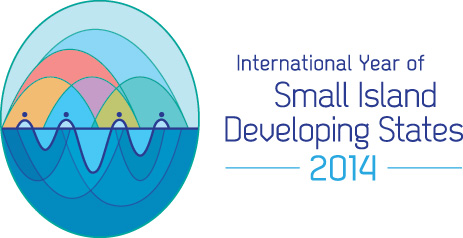 2014 was dedicated to the United Nations’ International Year of Small Island Developing States (SIDS), and the Third International Conference on Small Island Developing States was held in Apia, Samoa (1-4 September 2014). The SIDS Conference focused the world's attention on a group of countries that remain a special case for sustainable development in view of their unique and particular vulnerabilities.

UNESCO’s actions for the International Year of SIDS 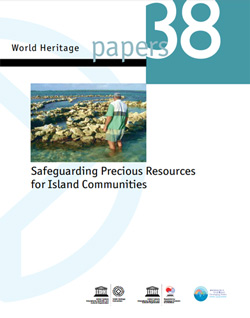 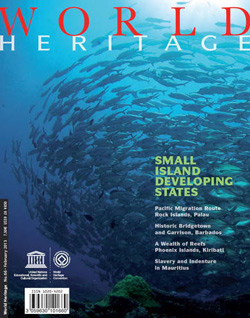 3. Noting with satisfaction the progress achieved in the implementation of the World Heritage Programme for Small Island Developing States (SIDS), and noting that in practice the World Heritage Centre will continue addressing specific issues under regional programmes,

4. Thanks Andorra, Australia, France, Italy, the Netherlands, and New Zealand for having provided extra-budgetary funding for World Heritage-related activities in SIDS, as well as other international partners, such as the Shell Foundation, for generating capacity building activities in SIDS;

5. Requests the World Heritage Centre to report at the next session of the Committee on capacity building activities relating to SIDS;

8. Requests furthermore the Director of the World Heritage Centre to identify extra budgetary funding for World Heritage activities in SIDS, in particular to further develop the Caribbean Capacity-Building Programme and to introduce a similar regional capacity-building programme for SIDS in the Africa and Pacific regions and the execution of more thematic studies particularly of the cultural land and seascapes, routes (trade of enslaved people) and environmental features of the Caribbean, African and Pacific Regions.

3. Requests the Director of the World Heritage Centre to further explore the thematic initiative “Astronomy and World Heritage” as a means to promote, in particular, nominations which recognize and celebrate achievements in science;