The List Natural and Culturo-Historical Region of Kotor
Print

In the Middle Ages, this natural harbour on the Adriatic coast in Montenegro was an important artistic and commercial centre with its own famous schools of masonry and iconography. A large number of the monuments (including four Romanesque churches and the town walls) were seriously damaged by the 1979 earthquake but the town has been restored, largely with UNESCO’s help. 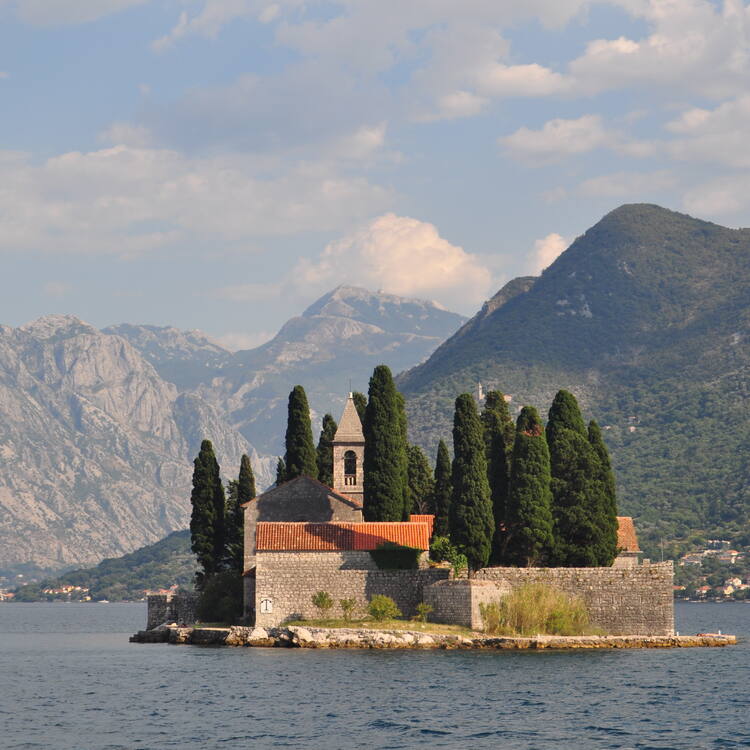 The Natural and Culturo-Historical Region of Kotor is located in the Boka Kotorska Bay, on the Adriatic coast of Montenegro. The property encompasses the best preserved part of the bay covering its inner south-eastern portion. The inscribed property comprises 14,600 ha with a landscape composed of two interrelated bays surrounded by mountains rising rapidly to nearly 1,500 metres. The property is linked to the rest of the Boka Kotorska Bay through a narrow channel forming the principal visual central axis of the area.

The Outstanding Universal Value of the Culturo-Historical Region of Kotor is embodied in the quality of the architecture in its fortified and open cities, settlements, palaces and monastic ensembles, and their harmonious integration to the cultivated terraced landscape on the slopes of high rocky hills. The Natural and Culturo-Historical Region of Kotor bears unique testimony to the exceptionally important role that it played over centuries in the spreading of Mediterranean cultures into the Balkans.

Criterion (i): It is the gathering on the gulf coast of the monuments of the cities, their harmony with the landscape, and their insertion in town planning of great value that contributes to the Outstanding Universal Value of the property.

Criterion (ii): As the main bridge-heads of Venice on the South coast of the Adriatic, the aristocratic cities of captains and ship-owners of Kotor and its neighbours were the heart of the region's creative movement for many centuries. Its art, goldsmith and architecture schools had a profound and durable influence on the arts of the Adriatic coast.

Criterion (iii): The successful harmonization of these cities with the Gulf, their quantity, quality and diversity of the monuments and cultural properties, and especially the exceptional authenticity of their conservation, mean that the property can effectively be considered as unique.

Criterion (iv): Kotor and Perast are highly characteristic and authentically preserved small cities enhanced by architecture of great quality. Their town-planning is well adapted to and integrated in the landscape. .

The property maintains the overall integrity of the historical layout of the land and seascape with its cities and settlements of distinctive town planning that developed along the coast of the bay, separated by green and cultivated areas framed by steep rocky hills, and a narrow area of urbanized coast connected by the sea. The network of paths and roads connecting coastal settlements with each other and with the inland, and the coastline with pontas and mandrachi, is preserved, which testifies to the important role of the sea.

However, the conditions of integrity are endangered by development and urbanisation caused by ongoing transformation processes in the socio-economic structure of the area. Current developments, including new tourism centres, roads, and buildings on the coast itself, threaten to lead to the gradual yet irreversible transformation of the coastline as well as the abandonment of the traditional terraced structures.

Management of the property and its defined buffer zone will be crucial to maintain the property and its integrity as a unique cultural landscape and an entity in geographical, historical, and cultural terms. Enforcement of regulatory measures for the buffer zone and the development of an integrated approach to conservation, planning and management of the area as a unity will also be required.

Although seriously damaged by the 1979 earthquake, the principal monuments and historic urban areas have been carefully restored and reconstructed under the auspices of UNESCO, and have retained their architectural, urban, and historical authenticity.

However, the ability of the overall landscape to reflect its value is being compromised by the gradual erosion of traditional practices and ways of life and of the harmony between the buildings, planning and landscape.

At the time of the inscription, immediately following the 1979 earthquake, the protection, reconstruction, and management of the cultural monuments and historic urban areas of Boka Kotorska Bay were guaranteed by the Montenegrin Republic Institute for the Protection of Cultural Monuments. After the 1979 earthquake, the management of the whole region was carried out within the Southern Adriatic Development Plan, which was developed with the help of the United Nations Development Programme (UNDP). The programs included the preservation, presentation and rehabilitation of cultural monuments in the old towns and settlements. At the same time, industrial facilities (4 factories) that conflicted with the character of the property were cleared. In 1980, the Municipal Institute for Protection of Cultural Heritage was established with its seat in the Old Town of Kotor, for the purpose of management and conservation of the property. In 1992, it was transformed into the Regional Institute for the entire area of the bay including the municipalities of Kotor, Tivat and Herceg Novi. Since the end of 2011, conservation work, field studies and preparation of conservation guidelines for the municipalities of Kotor, Tivat, Herceg Novi and Budva have been undertaken by the Directorate for Protection of Cultural Heritage of Montenegro and the Centre for Conservation and Archaeology of Montenegro through their local offices in Kotor. The post-earthquake reconstruction has been completed, and the conservation and management of the monuments and historic centres of Kotor and Perast are carried out with high professional competence. The need to prevent excessive and uncontrolled urbanization led to the development of the Management Plan of the protected area, which was adopted by the Montenegrin Government in 2011. At the same time, a new legal framework for the area of cultural heritage conservation was created with the Law on Protection of Cultural Properties (2010), which prescribed integrated protection of the property and its buffer zone. The Law on Protection of the Natural and Culturo-Historic Region of Kotor (2013) makes provisions for the establishment of the Council for Management of the Kotor Region, with the role of coordinating conservation, preservation and management of the property. In addition, with the buffer zone defined in 2011 encompassing the entire area of the Boka Kotorska Bay, the groundwork has been laid to treat this cultural landscape in an integrated manner through spatial and development plans. However, increased awareness to treat the inscribed property and the buffer zone as an integral part of the unique cultural landscape of the Boka Kotorska Bay is needed. Challenges remain for the further definition of common development strategies for the property and its buffer zone, for integrated planning and for the establishment of an overall management system. These measures will be essential to ensure that uncontrolled and excessive urbanization, as well as infrastructure development, are adequately addressed to ensure that no adverse impacts to the Outstanding Universal Value of the property occur. Adequate and sufficient resources of the entities responsible for the property will also need to be secured to be able to carry out preservation, protection and enhancement of the property.