Situated on a rocky peninsula on the Black Sea, the more than 3,000-year-old site of Nessebar was originally a Thracian settlement (Menebria). At the beginning of the 6th century BC, the city became a Greek colony. The city’s remains, which date mostly from the Hellenistic period, include the acropolis, a temple of Apollo, an agora and a wall from the Thracian fortifications. Among other monuments, the Stara Mitropolia Basilica and the fortress date from the Middle Ages, when this was one of the most important Byzantine towns on the west coast of the Black Sea. Wooden houses built in the 19th century are typical of the Black Sea architecture of the period. 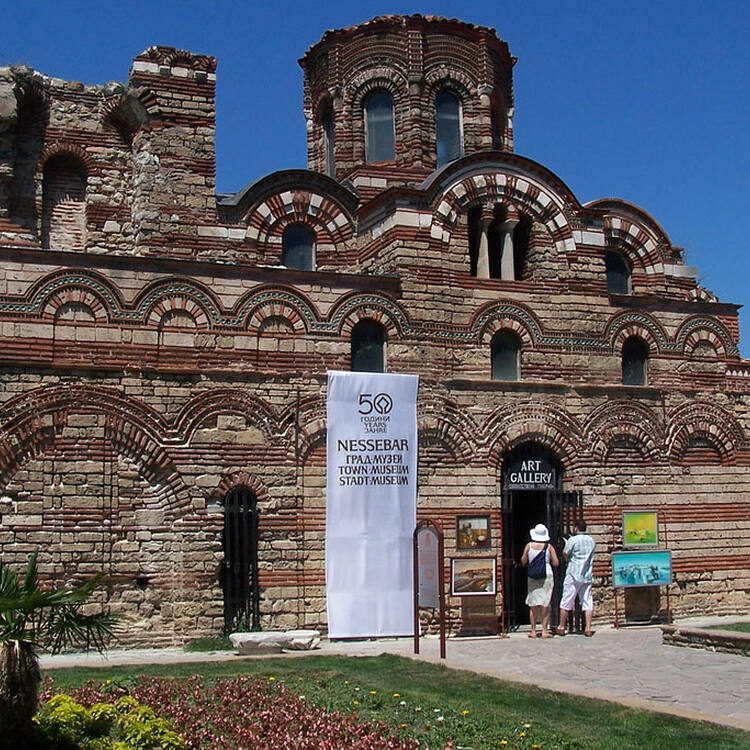 The Ancient city of Nessebar is a unique example of a synthesis of the centuries-old human activities in the sphere of culture; it is a location where numerous civilizations have left tangible traces in single homogeneous whole, which harmoniously fit in with nature. The different stages of development of its residential vernacular architecture reflect the stages of development of the architectural style on the Balkans and in the entire East Mediterranean region. The urban structure contains elements from the second millennium BC, from Ancient Times and the Medieval period.

The medieval religious architecture, modified by the imposition of the traditional Byzantine forms, illustrates ornamental ceramics art, the characteristic painted decoration for this age. The town has served for over thousands of years as remarkable spiritual hearth of Christian culture.

Criterion (iii): The Ancient City of Nessebar is an outstanding testimony of multilayered cultural and historical heritage. It is a place where many civilizations left their tangible traces: archaeological structures from the Second millennium BC, a Greek Black Sea colony with surviving remains of fortifications, a Hellenistic villa and religious buildings from the Antiquity, preserved churches (in some of them preserved only parts of archaeological structures) from the Middle Ages. Nessebar has demonstrated its historical importance as a frontier city on numerous occasions. Having been a remarkable spiritual centre of Christianity for a thousand years, today it is a developing and vibrant urban organism.

Criterion (iv): The Ancient City of Nessebar is a unique example of an architectural ensemble with preserved Bulgarian Renaissance structure, and forms a harmonious homogenous entity with the outstanding natural configuration of the rocky peninsular, linked with the continent by a long narrow stretch of land. Its nature and existence is a result of synthesis of long-term human activity, which has witnessed significant historic periods - an urban structure with elements from 2nd millennium BC, classical antiquity, and the Middle Ages; the development of medieval religious architecture with rich plastic and polychrome decoration on its facades in the form of ceramic ornamentation typical for the period; the different stages in the development of the characteristic residential vernacular architecture, which testify to the supreme mastery of the architecture of the Balkans as well as the East Mediterranean region. The vernacular architecture of the urban ensemble, dominated by medieval churches and archaeology, together with the unique coastal relief, combine to produce an urban fabric of the high quality.

Within the boundaries that encompass the small rocky peninsula, are all the evidence of the numerous cultural layers - from the 2nd millennium BC until the present time.

Although the main elements have generally remained unchanged, since 1986 some exceptions have occurred with a number of illegal interventions on 19th century structures, and some new buildings executed in violation of the Cultural Heritage Law.

In addition, and in violation of the Law on Monuments and Museums, negative influences have also emerged with the emergency stabilization of the peninsula shoreline. All of these changes have the potential to threaten the extraordinary coherence of the urban fabric and the overall visual integrity of the property.

Only conservation and stabilization work is carried out on the Medieval Churches, and all the investigated archaeological sites are exposed and preserved. Some Medieval Churches now require repair. The unauthorized changes to some of the vernacular buildings, and persistent and increasing pressures from tourism, public and residential functions, and investment interests, combined with the introduction of mobile retail units, are beginning to threaten the traditional urban structure of the city, its architectural appearance, and its atmosphere.

Management is implemented by virtue of:

1) Cultural Heritage Law (Official Gazette No.19 of 2009) and subdelegated legislation. This law regulates the research, studying, protection and promotion of the immovable cultural heritage in Bulgaria, and the development of Conservation and Management plans for its inscribed World Heritage List of immovable cultural properties.

2) Ordinance No.8 of the Culture Committee and the Committee on Architecture and Public Works of the architectural historical reserves Sozopol and Nessebar /SG 9/1981; covers the issues of general and detailed spatial planning; projects; carrying out conservation and restoration works; and new building. It also determines the borders and contact zones of the site, the main principles involved, and sets out the rules for protection and implementation.

3) Developed by the National Institute for Monuments of Culture /in 2009 renamed as National Institute for Immovable Cultural Heritage/, the Directive Plan is a Concept paper on the preservation and development of the cultural-historic heritage of the town of Nessebar. The Plan offers an integrated professional analysis and prognosis of urban development over a wide range of activities. Ostensibly contributing to the protection, promotion and sustainable development of the property, the document, unfortunately, does not fully reflect current conditions, and requires up-dating.

5) The Spatial Planning Act - (Official Gazette, No. 1 of 2001 with amendments) and subdelegated legislation relates to spatial and urban planning, investment projects and buildings in Bulgaria. It also determines particular territorial and spatial protection, and the territories of cultural heritage.

In order to provide adequate response to the threats from unauthorized development, pressure from tourism and new uses, there is a need to put in place an overall Management Plan for the property that provides a collaborative framework for all stakeholders. 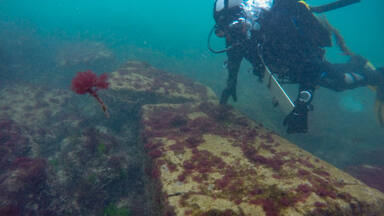