The List University of Coimbra – Alta and Sofia
Print 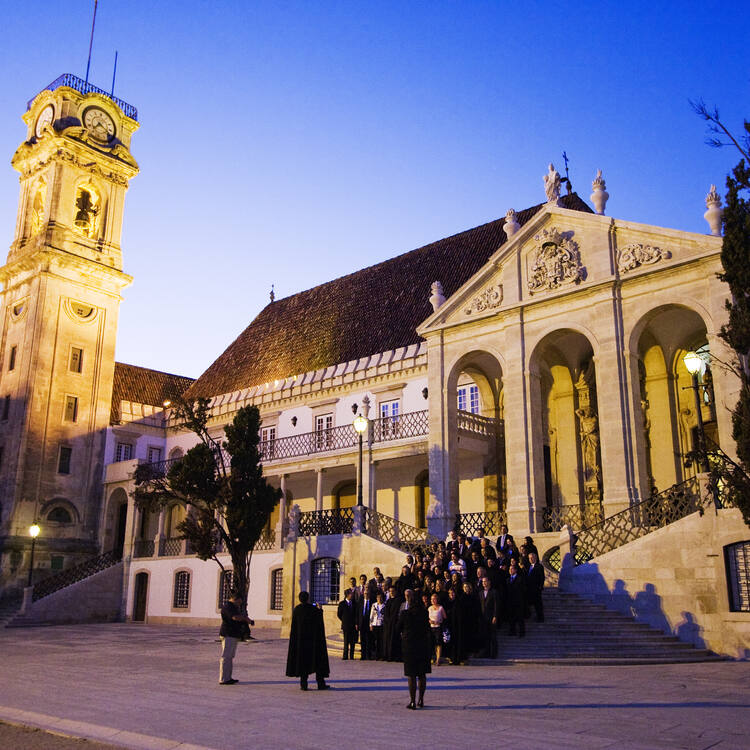 Situated on a hill overlooking the city, the University of Coimbra-Alta and Sofia has grown and evolved over more than seven centuries to form its own well-defined urban area of two components within the old town of Coimbra. Created initially as an academy in the late 13th century on the hill above the town (Alta), it was established in the Royal Palace of Alcáçova in 1537 before developing as a series of colleges. Coimbra University is an exceptional example of a university city, which illustrates the interdependence between city and university and in which the city’s architectural language reflects the university’s institutional functions.

As the centre for training the elite for all the territories under Portuguese administration, the University played a key role in the institutional and architectural development of universities in the Portuguese colonies. Key components of the university’s pedagogical institutions are the 16th & 17th century buildings including the Royal Palace of Alcáçova, St Michael’s Chapel, the Joanine Library, the Colleges of Jesus, Holy Trinity, St. Jerome, St. Benedict, St. Anthony of the Quarry and St. Rita; the colleges along Sofia Street including St Michael (Inquisition - old Royal College of the Arts), Holy Spirit, Our Lady of  Carmel, Our Lady of Grace, St Peter of the Third Order, St. Thomas, New St Augustine, and St Bonaventure; the 18th century facilities in the Alta area including the Chemistry and other laboratories, Botanical Garden and the University Press, and the large ‘University City’ created during the 1940s.

Criterion (ii): The University of Coimbra-Alta and Sofia influences educational institutions of the former Portuguese empire over seven centuries received and disseminated knowledge in the fields of arts, sciences, law, architecture, town planning and landscape design. Coimbra University played a decisive role in the development of institutional and architectural design of universities in the Lusophone world and can be seen as a reference site in this context.

Criterion (iv): The University of Coimbra demonstrates a specific urban typology, which illustrates the far-ranging integration of a city and its university. In Coimbra the city’s architectural and urban language reflects the institutional functions of the university and thereby presents the close interaction between the two elements. This feature has also been reinterpreted in several later universities in the Portuguese world.

Criterion (vi): The University of Coimbra — Alta and Sofia has played a unique role in the formation of academic institutions in the Lusophone world through dissemination of its norms and institutional set-up. It has distinguished itself from early on, as an important centre for the production of literature and thought in Portuguese language and the transmission of a specific academic culture, which was established following the Coimbra model in several Portuguese overseas territories.

The property contains all the elements that demonstrate its Outstanding Universal Value as a university city that illustrates through its architectural ensemble the several periods of university development relating to ideological, pedagogical and cultural reformations. These periods are represented by the corresponding periods of Portuguese architecture and art. The visibility of the University as a ‘citadel of learning’ due to its hilltop location is vulnerable to inappropriate surrounding development, and the setting of the University within the old town and the visual and functional relationships that this generates are vulnerable to development within the university itself.

In formal, architectural and material terms, each of the buildings of the University is representative of the historical, artistic and ideological periods in which it was constructed. Conservation, restoration and rehabilitation interventions have been made in accordance with the prevailing theories in each period. Some interventions used new materials that were incompatible and have been corrected in later conservation campaigns. The topographical setting of a hilltop town in the landscape remains clearly defined, but its authenticity has been modified by the development of large scale buildings in the surrounding landscape. The University of Coimbra-Alta and Sofia also retains its authenticity of use and student traditions.

The property components are protected as National Monuments in accordance with Law 107/2001, no. 7 article 15. The Coimbra Municipal Master Plan is anticipated to be completed in November 2013 and will incorporate the property components and buffer zone as Special Protected Zones. The buffer zone is protected according to Decree-Law 309/2009, article 72 and will be supplemented by controls in the revised Coimbra Municipal Master Plan to protect views to and from the property.

Management of the property is the responsibility of the Association RUAS (Recreate the Univers(c)ity – Uptown and Sofia) set up for the purpose whose foundation members are the University of Coimbra (UC), the City Hall of Coimbra (CMC), the Regional Delegation of the Ministry of Culture (DRCC), and Coimbra Viva (SRU - Society for Urban Rehabilitation). The detailed University Alta Master Plan is being reviewed with the aim of improving public space by reducing surface parking, and improving vehicular traffic control. The main goal of the Management Plan (2009-16) is to sustain the University as the raison d’être of the city; preserving the heritage and at the same time reinforcing the functions of education and research. It provides for visitor management and facilities, and will be extended to include a consultative forum for community and non-government organisation involvement; provision for impact assessments for all development projects and policies for minor buildings within the property, as well as an improved monitoring system. 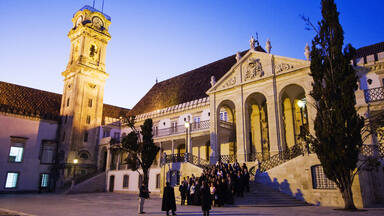 Literary tourism in the university town of Coimbra (Portugal)
News