The List Historic Centre of the Town of Olinda
Print

Founded in the 16th century by the Portuguese, the town’s history is linked to the sugar-cane industry. Rebuilt after being looted by the Dutch, its basic urban fabric dates from the 18th century. The harmonious balance between the buildings, gardens, 20 Baroque churches, convents and numerous small passos (chapels) all contribute to Olinda’s particular charm. 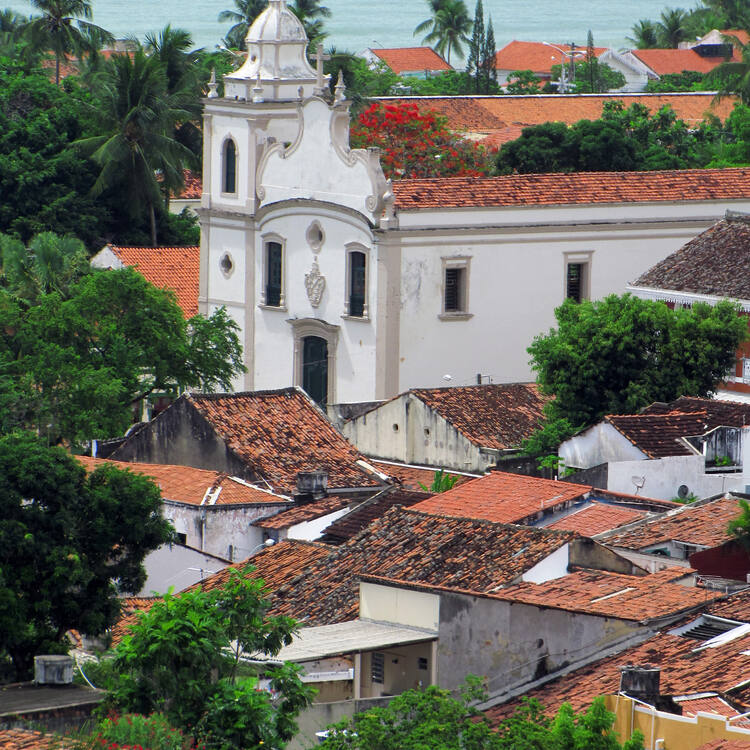 Historic Centre of the Town of Olinda © Lyssuel Calvet

The exceptional ensemble of landscape, urbanism and architecture found in the Historic Centre of the Town of Olinda is an eloquent reflection of the prosperity nourished by the sugar economy. Founded in 1535 on hillsides overlooking the Atlantic Ocean on Brazil’s northeast coast, close to the isthmus of Recife where its port is situated, Olinda served from the last years of the 16th century onward as one of the most important centres of the sugarcane industry, which for almost two centuries was the mainstay of the Brazilian economy. This former capital of the Portuguese administrative division (capitania) of Pernambuco became the symbol of sugar and of the wealth it procured. Its historic centre today is marked by a number of architecturally outstanding buildings set in the lush vegetation of gardens, hedgerows and convent precincts, a mass of greenery bathed in tropical light with the sandy shore and ocean below.

Rebuilt by the Portuguese after being looted and burned by the Dutch, Olinda’s existing historic fabric dates largely from the 18th century, although it incorporates some older monuments such as the 16th-century church of São João Batista dos Militares. Olinda became a remarkable nucleus, first as an economic, architectural and artistic centre, and later as a centre for the renewal of ideas. The harmonious balance between its buildings, gardens, convents, numerous small passos (chapels) and about twenty baroque churches all contribute to the Historic Centre of the Town of Olinda’s particular charm. It is dominated by the Catedral Alto da Sé, the former Jesuit church and college (now the church of Nossa Senhora da Graça), the Palácio Episcopal, the Misericórdia church, the convents of the Franciscans, Carmelites and Benedictines, and various public buildings ranging from the 17th to 19th centuries. The studied refinement of the decor of these architectural works contrasts with the charming simplicity of the houses, many of which are painted in vivid colours or faced with ceramic tiles. All are located in an informal web of streets and alleyways and set within a lush tropical forest landscape overlooking the ocean that differentiates this town and gives it its unique character.

Criterion (ii): The historic centre of Olinda contains a number of buildings that are outstanding from the point of view of both their architecture and decoration, including the Catedral Alto da Sé, the church of Nossa Senhora da Graça and examples of civil architecture ranging from the 17th to 19th centuries. The lush vegetation of the roadsides, gardens, hedgerows and convent precincts all form a landscape in which the salient feature is the town nestling in a mass of greenery, bathed in tropical light, with the sandy shore and ocean below.

Criterion (iv): From the last years of the 16th century onward, Olinda served as one of the most important centres of the sugarcane industry, which for almost two centuries was the mainstay of the Brazilian economy, and became the symbol of sugar and of the wealth it procured. The exceptional ensemble of landscape, urbanism and architecture in Olinda’s historic centre is an eloquent reflection of the prosperity nourished by the sugar economy.

Within the boundaries of the Historic Centre of the Town of Olinda are located all the elements necessary to express its Outstanding Universal Value, including its grand churches erected on the hilltops, imposing multi-storey structures and network of houses within a tree-covered landscape laid over an urban fabric delightfully moulded to the contours of the topography. The town’s 190.9-ha historic centre is of sufficient size to adequately ensure the complete representation of the features and processes that convey the property’s significance. The Historic Centre of the Town of Olinda does not suffer from adverse effects of development and/or neglect. Continued controls on the possible negative effects of urban development have been effectively maintained.

The Historic Centre of the Town of Olinda has a high degree of authenticity in terms of location and setting, forms and designs, and materials and substances. Its historical location and design, the materials employed in its construction and the predominance of its original residential character are reaffirmed in the oldest surviving document on Olinda, the Foral Charter (Carta Foral), which includes the city’s first “master plan,” and in Dutch cartography and the engravings of Frans Post (17th century). Its defining attributes remain fully intact, having been preserved in their essence and constituting an intelligible unit, whether taken as a whole or separately.

The authenticity of the property has been threatened by processes that have destabilised the hill slopes, including the centuries-long slow movement of the slopes, which has affected foundations and caused cracks in buildings; and, in recent years, rising water levels in the soil coupled with a poor or non-existent rainwater and sewage drainage system, the removal of vegetation, and the creation of unstable embankments and cuts for housing construction.

The Historic Centre of the Town of Olinda is protected by instruments enacted through a series of specific standards and laws: inscriptions no. 412 in the Livro do Tombo Histórico, no. 487 in the Livro do Tombo de Belas Artes and no. 044 in the Livro do Tombo Arqueológico, Etnográfico e Paisagístico in 1968 , designating the Historical Site of Olinda as a Brazilian cultural heritage site, implemented by the federal government through the Instituto do Patrimônio Histórico e Artístico Nacional (National Institute of Historical and Artistic Heritage – IPHAN); Federal Notification of 1979, delimiting the protected site and surrounding areas; and the Sistema Municipal de Preservação (Municipal Preservation System), created by means of Municipal Law No. 4119/1979 and consisting of a Foundation, Council (composed of representatives of the municipal, state and federal governments) and Preservation Trust Fund. National Monument designation was conferred by the state in 1980, with a view to protecting the site’s physical assets in recognition of its history, art and landscape.

Various administrative and management instruments include a revised federal standard governing the preservation of heritage sites, issued in 1985; a municipal historic preservation law, drafted in 1992; and a review of the Municipal Preservation System, undertaken in 2010. The Monumenta Program and IPHAN have carried out urban renovation measures on a broad scale and facilitated the allocation of public funding to private properties for the purpose of preserving and restoring historical housing structures. The Plano de Ação para as Cidades Históricas (Action Plan for Historic Cities), launched by IPHAN in 2010, involves federal and state institutions to support the development, restoration and revitalization of historic cities in the country, among them the Historic Centre of the Town of Olinda.

Sustaining the Outstanding Universal Value of the property over time will require developing strategies and actions based on scientific analysis to eliminate or mitigate the processes that have destabilised the hill slopes; maintaining effective controls on the possible negative effects of urban development; and establishing monitoring indicators related to these and other future interventions, to ensure that such interventions do not have a negative impact on the Outstanding Universal Value, authenticity and integrity of the property. 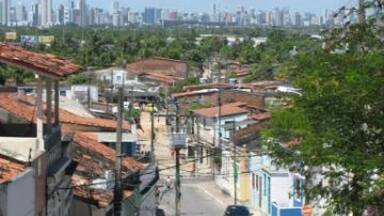 play_arrow Historic Centre of the Town of Olinda (UNESCO/NHK)