Complex geology and varied topography have given rise to a diversity of ecosystems and species unmatched in the insular Caribbean and created one of the most biologically diverse tropical island sites on earth. Many of the underlying rocks are toxic to plants so species have had to adapt to survive in these hostile conditions. This unique process of evolution has resulted in the development of many new species and the park is one of the most important sites in the Western Hemisphere for the conservation of endemic flora. Endemism of vertebrates and invertebrates is also very high. 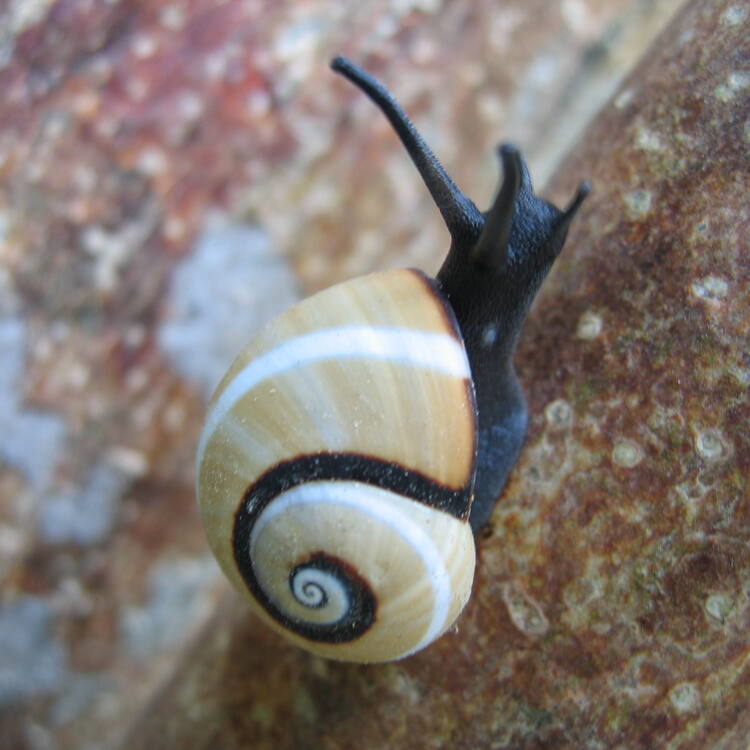 Alejandro de Humboldt National Park (AHNP) is located in the Nipe-Sagua-Baracoa Mountains on the North Coast of Eastern Cuba. The largest and best-conserved remnant of forested mountain ecosystems in theCaribbean , AHNP is widely considered to be Cuba's most important protected area for its extraordinary biodiversity values. In addition to the 66,700 ha of land AHNP includes a marine area of 2,641 ha, i.e. the total surface is of 69,341 ha with a terrestrial buffer zone of 34,330 ha. The property is embedded into the much larger Cuchillas del Toa Biosphere Reserve, which exceeds 200,000 ha. The altitude ranges from 220 m below in the marine parts to 1,175 m above sea level at El Toldo Peak.

Due to the exposure to trade winds and the mountainous topography the North Coast of Western Cuba is the country's rainiest and coolest region. Important rivers, including the Toa River, Cuba's largest river, rise in the forested mountains, boasting remarkable freshwater biodiversity. Next to various types of semi-deciduous broadleaf and pine forests there are xenomorphic shrub formations in drier areas and mangroves along the coast. It is assumed that the area was a Pleistocene Refuge where numerous species have survived past periods of climate change. Jointly with the complex and varied geology and topography this helps explain the extraordinary biodiversity. Another particularity of the property is the toxicity of many of the underlying rocks to plants. This in turn is believed to have resulted in high adaptation pressure and the birth of an impressive number of often endemic plant species. Today, AHNP is among the most important sites in the Western Hemisphere for its endemic flora and one of the most biologically diverse tropical island sites on Earth. With many new species likely to be discovered, AHNP boast an impressive list of more than 1,300 seed plants and 145 species of ferns, of which more than 900 are endemic to Cuba and more than 340 locally endemic, respectively. The degree of endemism of vertebrates and invertebrates is likewise extremely high. About a third of the mammals and insects, a fifth of the birds, and vast majority of the reptiles, and amphibians are Cuban or even local endemics. As for the marine biodiversity the West Indian Manatee deserves to be noted as a flagship species.

While historically little affected by humans and currently in a relatively good state of conservation, important mineral deposits within the property represent a potential threat to the outstanding conservation values of AHNP.

The scientifically assumed history as a Pleistocene Refuge, as well as the size, altitudinal range and complexity and diversity of land forms and soil types of Alejandro de Humboldt National Park have resulted in ongoing processes of local speciation and development of ecological communities both on land and in the freshwater, which are unmatched in the Insular Caribbean and indeed of global significance. The toxic serpentines and peridotites in the rocks and soils of the region poses very particular challenges to plants and plays an important role in the evolution of the outstanding ecological features of the property, including the high degree of endemism.

Alejandro de Humboldt National Park harbours some of the most significant natural habitats for the conservation of terrestrial and freshwater biodiversity in Cuba and is of global importance as one of the most biologically diverse tropical ecosystems in an island setting anywhere on Earth. The property contains 16 out of 28 plant formations defined on the island of Cuba, considered a distinct and unique biogeographic province. There is a consensus that many species remain to be discovered in the property. The high degree of endemism across numerous taxonomic groups both on land and in freshwater is of particular importance, reaching almost three quarters of all known species in the case of the extremely diverse flora with many being local endemics. Endemism rates for vertebrates and invertebrates found in the park are also very high. Countless species are severely restricted in their range, which adds to the importance of the property. The ongoing evolutionary processes in a largely intact and conserved setting provide extraordinary insights for scientists and conservation practitioners.

As the largest conserved remnant of a mountain ecosystem in Cuba Alejandro de Humboldt National Park has a size and conservation status that ensure the long-term functioning of ecological processes supporting the ongoing evolution of its biological communities and species.

Archeological findings suggest that what is today AHNP has historically been poorly inhabited and used, with the exception of some coastal areas. During the 18th and 19th Centuries runaway slaves took advantage of the remoteness and difficult access. Later on, in the early 20th Century, some valleys near the coast were converted to farmland, mostly for coconut and cacao production. Mining near La Melba led to the development of small farms for local food production in the surroundings of the small town. While logging and farming started in the 1940s and 1950s on the banks of the Toa and Jaguani Rivers the affected areas have since been left to recover. More recently, starting in the 1960s, logging of pines took place until the area was declared a protected area in the 1980s. While there have been past disturbances and there continues to be a need to strike a balance between conservation objectives and the livelihood needs of adjacent communities the overall integrity of AHNP has been maintained with many previously disturbed areas being in the process of natural regeneration. The most critical threat in the long run may be the pressure to exploit the rich mineral resources within the property, which would doubtlessly have serious direct and indirect impacts on the property.

Alejandro de Humboldt National Park is an integral and outstanding element of Cuba's National Protected Areas System. It was declared in 2001, thereby extending and connecting protected areas established many years earlier. The entire property is owned by the government, represented by the Ministry of Science, Technology and Environment (CITMA) and administered by a specific unit of CITMA. CITMA is also responsible for the coordination of the Cuchillas del Toa Biosphere Reserve, which includes and surrounds AHNP. Besides applicable protected areas legislation, the Law on Environment, the Decree-Law on Forest Heritage and Wild Fauna and specific stipulations related to Environmental Impact Assessments form the crucial legislative framework.

Since the establishment of the national park management is based on periodic five-year plans, which are implemented through annual operating plans. The latter define operational programmes and projects. The main objectives include the conservation of the integrity of AHNP, responding to threats to the property and cooperation with communities adjacent to and within the property.

There is a main administrative center in Guantanamo, and two secondary centers and several posts are distributed across the park.  In order to enforce applicable legislation and to achieve the conservation objectives, DGNP has trained technical, administrative and ranger staff. Funding needs to be ensured permanently to secure positions and to cover operational costs.

As elsewhere in the Caribbean hurricanes are a real threat with several examples in the past years. Disaster-preparedness and, when needed, restoration are among the management challenges. The same holds true for the prevention and control of fires. Alien invasive species, both plants and animals, including feral dogs and cats, can harm the property. Therefore they require permanent monitoring and, when needed, management responses. Management is also to address tourism which may increase in importance thereby bearing the risk of adverse impacts but also representing opportunities in terms of future conservation financing.There is a need for the permanent protection of the property from mining, and also from other resource extraction or infrastructure development that would impact its Outstanding Universal Value is required.