Known as the gateway to the desert, Agadez, on the southern edge of the Sahara desert, developed in the 15th and 16th centuries when the Sultanate of Aïr was established  and Touareg tribes were sedentarized in the city, respecting the boundaries of old encampments, which gave rise to a street pattern still in place today. The historic centre of the city, an important crossroads of the caravan trade, is divided into 11 quarters with irregular shapes. They contain numerous earthen dwellings and a well-preserved group of palatial and religious buildings including a 27m high  minaret made entirely of mud brick, the highest such structure in the world.  The site is marked by ancestral cultural, commercial and handicraft traditions still practiced today and presents exceptional and sophisticated examples of earthen architecture. 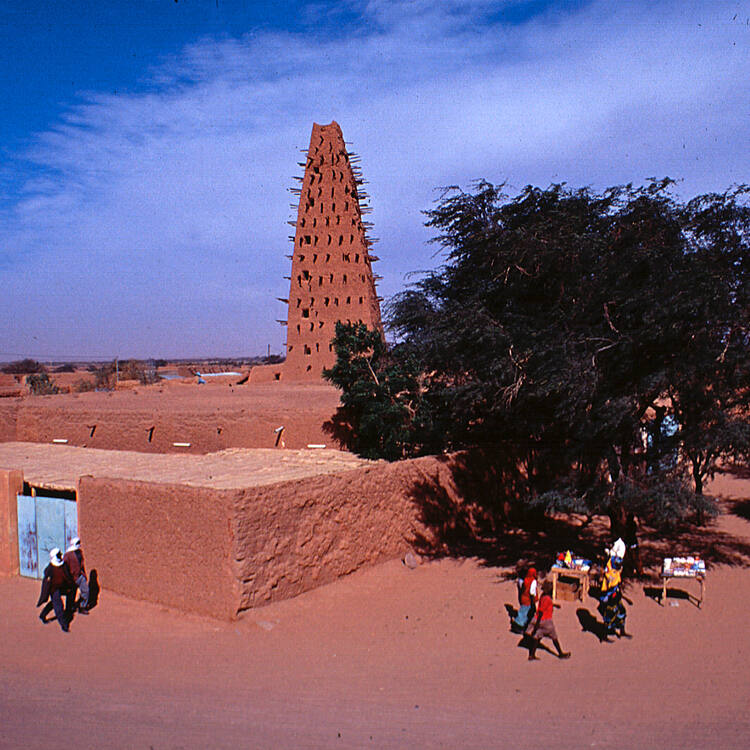 The historic centre of Agadez dates back to the 15th and 16th centuries, when the Sultanate of Aïr established itself there, encouraging the consolidation of Tuareg tribes and the development of trans-Saharan economic and cultural exchanges. Sedentarisation took place based around the former encampments, which led to an original street plan, which is still respected today. The historic centre includes a large amount of housing, and a well preserved palatial and religious ensemble, including a tall minaret made entirely of mudbrick. The old town is characterised by mudbrick architecture and a decorative style that are specific to the Aïr region. The traditional sultanate system is still in place, ensuring social unity and economic prosperity. It is a living historic centre inhabited by about 20,000 people.

Criterion (ii): From the 15th century, Agadez, “the gateway to the desert”, became an exceptional crossroads for the caravan trade. It bears witness to an early historic town, forming a major centre for trans-Saharan cultural interchanges. Its architecture embodies a synthesis of stylistic influences in an original urban ensemble, made entirely of mudbrick and which is specific to the Aïr region.

Criterion (iii): The historic town and its outstanding monumental ensemble, including the Grand Mosque, with its minaret, the tallest ever constructed in mudbrick, and the Sultan’s Palace, bear witness to an exceptional architectural tradition, based on sophisticated use of mudbrick. For more than five centuries, the city has developed a cultural, commercial and handicraft tradition, based on the continuity of the Sultanate of Aïr, up to the present day.

The boundaries of the nominated property are those of the historic centre. The overall urban fabric is well preserved, and is spatially organised around the politico-religious monuments linked to the Sultanate of Aïr. A significant number of houses (easily a majority) have been preserved, which allows the satisfactory expression of the specific values linked to the mudbrick architecture and decoration specific to the Aïr region. The nominated property has good visual unity from many observation points, and gives the visitor the sense of being in an historic town of great integrity. There are however some significant local alterations: inappropriate buildings made of breeze blocks, the use of corrugated iron for roofs, an overhead electricity cable network which is particularly visible and unsightly, and the appearance of large advertisements painted on walls.

The authenticity of the component parts of the property is generally satisfactory, particularly for the monuments and palaces, except for the window and door frames, which have often been renewed using non-traditional materials. The authenticity of the housing is good, but it is also threatened by the use of modern materials which do not respect tradition: breeze blocks, cement-based plasters, metal elements and corrugated metal, and the appearance of painted advertisements in aggressive colours.

The property is in a good general state of conservation. The religious monuments and palaces are well maintained, under the responsibility of the sultan and of the neighbourhood chiefs. In the case of the houses, the situation is more variable. The property is protected by national legislation and by the traditional local power of the sultanate, with its system of neighbourhood chiefs and committees. Town planning regulations were recently instituted for the property inside the protected perimeter; the building permit regulations must however be implemented in a way that is both homogeneous and educational, so that the population is informed about the values of the property and the maintenance efforts required for its conservation. The putting in place of the Property Conservation and Management Unit must be completed, and the Unit must be provided with sufficient staffing and material resources to carry out its missions. The definition and organisation of the monitoring of the property must be specifically stated. 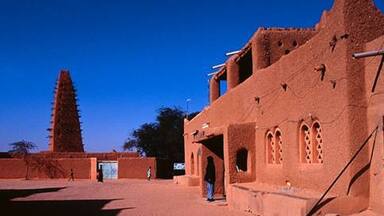 Preparatory assistance and establishment of a management plan for the Historic Centre of Agadez, Niger 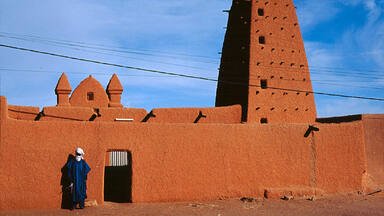