The List Three Castles, Defensive Wall and Ramparts of ...
Print

The Bellinzona site consists of a group of fortifications grouped around the castle of Castelgrande, which stands on a rocky peak looking out over the entire Ticino valley. Running from the castle, a series of fortified walls protect the ancient town and block the passage through the valley. A second castle (Montebello) forms an integral part of the fortifications, while a third but separate castle (Sasso Corbaro) was built on an isolated rocky promontory south-east of the other fortifications. 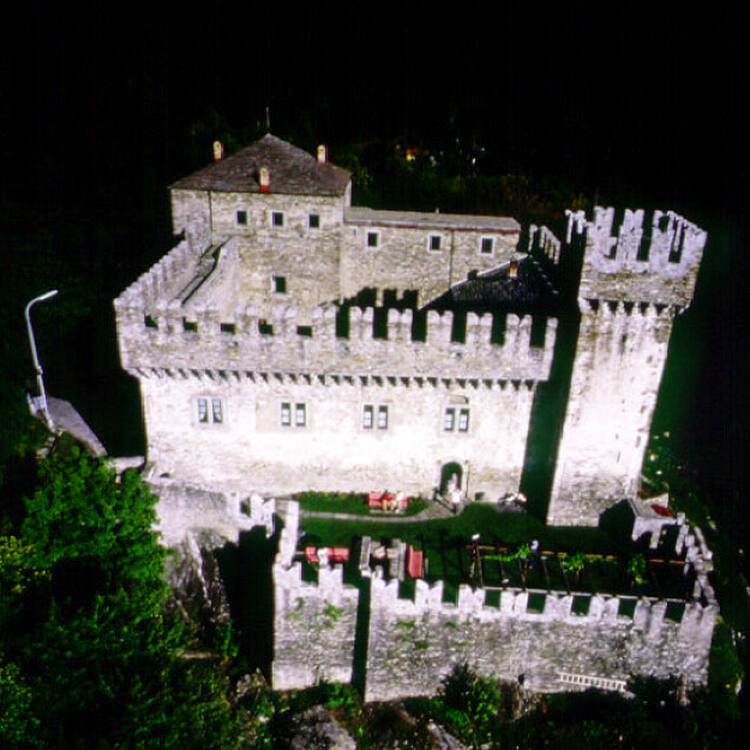 The fortified ensemble of Bellinzona located in the canton of Ticino in the Italian-speaking part of Switzerland, south of the Alps, is the only visible example in the entire Alpine Arc of medieval military architecture comprising several castles, linked by a wall that once closed off the whole Ticino Valley, and the ramparts which surrounded the town for the protection of the civilian population.

Bellinzona thus constitutes an exceptional case among the greatest fortifications of the 15th century, both by the dimension of its architecture, influenced by the site and topography, and by the excellent state of conservation of the ensemble.

The origin of Bellinzona is linked to the strategic situation of the site that controls, by the Ticino Valley access to the principal Alpine pass constituting the passage into the Milanese, in fact, the whole of north Italy to the regions located farther north to the Danube and beyond.

The ensemble comprises three castles and a network of fortifications with towers and defence works that command the Ticino Valley and dominate the town centre.

Criterion (iv): The fortified ensemble of Bellinzona is an outstanding example of the late medieval defensive structure guarding a key strategic Alpine pass.

The fortifications of Bellinzona have conserved intact their typical aspect of the late Middle Ages. Putting aside substantial losses to the wall and the ramparts of the town, the property comprises the ensemble of the conserved defensive works (castles, wall and ramparts) and thus retains all the requisite elements to express its Outstanding Universal Value.

The authenticity of the property is clearly witnessed by the numerous documents concerning its evolution. However, it has been affected to a certain degree by reconstructions, in particular the crowning of the walls, while the majority of the built substance is original and bears witness to developments over time. The use of the site is today cultural (museum, visits to the castles); the fortifications however represent a strong signification for the urban landscape and cultural environment.

The property has legal protection at all State levels. The three castles, the Murata and the buffer zone are protected by the Degree of 18 May 1926 and amended on 23 October 1962 by the Council of State of the Canton of Ticino: all the fortifications are shown in the land development plan for the territory of the Bellinzona Commune as monuments of cantonal and national interest and thus benefitting from all the instruments of protection provided in both federal and cantonal legislation in force, avoiding any risk of abuse.

The mandate of the Tourism Board is threefold in nature and comprises: a) the valorisation of the monumental complex through adequate cultural and touristic promotion; b) the administration of the property and areas in function of their dual character of public and World Heritage property; c) the maintenance of the buildings and movable heritage based on the indications of the cantonal services.

The Canton conserves the ownership of the property with its important maintenance costs and allocates an annual lump sum to the management, whilst conserving the right of use of the castles. The Canton is responsible for the conservation and the surveillance of the monumental complex as a protected cultural property.

To control and coordinate all the activities linked to the management and exploitation of the castles, a permanent commission was established, comprising six members designated by the signatories of the Convention.

In particular, this commission ensures liaison with the different institutional officers, is responsible for controlling the provisions of the Convention (with the possibility of calling upon political parties and signalling all serious violations), the preparation of regulations for the use of the castles, the elaboration of requisite guidelines to ensure an efficient cultural promotion and the supervision of the calendar of events. It also has the task of controlling and planning the necessary investments for the maintenance of the castles involving all the actors of the Convention.

Improvements for visitors, notably those made at the Castel Grande, a site of superior architectural quality, must maintain the delicate balance between authenticity of the site and an excessive concern for its presentation.