The Beemster Polder, dating from the early 17th century, is is an exceptional example of reclaimed land in the Netherlands. It has preserved intact its well-ordered landscape of fields, roads, canals, dykes and settlements, laid out in accordance with classical and Renaissance planning principles. 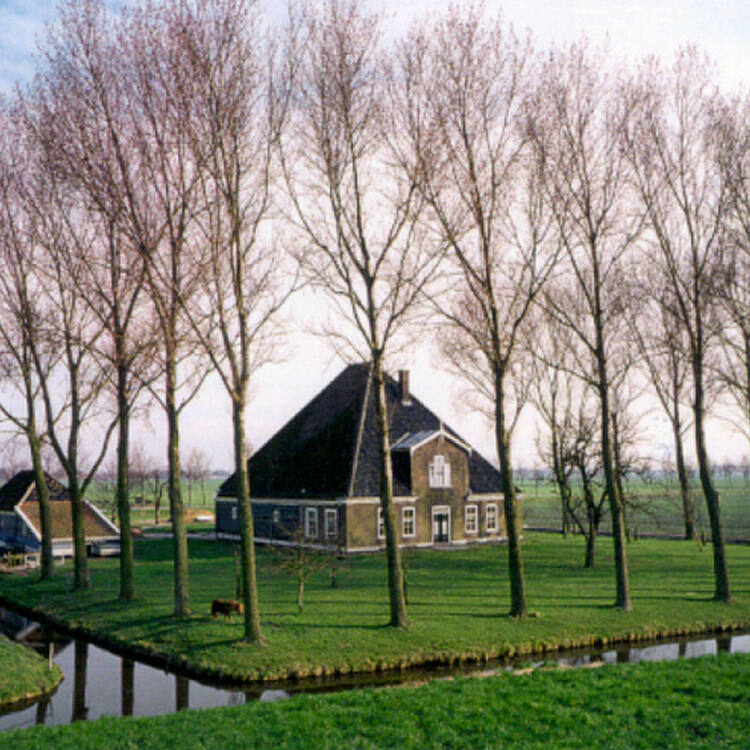 The Beemster Polder is a cultural landscape located north of Amsterdam, dating from the early 17th century, and an exceptional example of reclaimed land in the Netherlands. It was created by the draining of Lake Beemster in 1612, in order to develop new agricultural land and space for country residences, and to combat flooding in this low-lying region. It also provided a means for capital investment in land. Other earlier land reclamation had taken place, but technical improvements in windmill technology permitted more ambitious undertakings. The Beemster Polder was the first large project covering an area of 7,208 hectares. Today it is a well-ordered agricultural landscape of fields, roads, canals, dykes and settlements.

The polder was laid out in a rational geometric pattern, developed in accordance with the principles of classical and Renaissance planning. This mathematical land division was based on a system of squares forming a rectangle with the ideal dimensional ratio of 2:3. A series of oblong lots, measuring 180 metres by 900 metres, form the basic dimensions of the allotments. Five of these lots make up a unit, a module of 900 metres by 900 metres, and four units create a larger square. The pattern of roads and watercourses runs north to south and east to west, with buildings along the roads. The short sides of the lots are connected by drainage canals and access roads. The polder itself followed the outline of the lake, and the direction of the squares corresponds as much as possible with the former shoreline, so as to avoid creating unusable lots.

Besides the grid pattern of roads, watercourses and plots of land, the polder is made up of a ring dyke, a ring canal (the Beemsterringvaart), and relatively high roads with avenues of trees. Several villages were planned for the polder and today these are Middenbeemster, Noordbeemster, Westbeemster, and Zuidoostbeemster. Protected monuments include religious, residential and farm buildings from the 17th to 19th centuries, industrial buildings (a mill, a smithy, water authority buildings and bridges) as well as the five forts constructed between 1880 and 1920, which formed part of the Defence Line of Amsterdam (also a World Heritage property).

The bell-jar farm or “stolpboederij”, built between 1600 and 1640, is an archetypical farm in this region, characterized by a raised shed roof that evolves into a pyramid shape. The farm’s geometric modular unit with a typical square base corresponds to the geometry of the polder.

Criterion (i): The Beemster Polder is a masterpiece of creative planning, in which the ideals of antiquity and the Renaissance were applied to the design of a reclaimed landscape.

Criterion (ii): The innovative and intellectually imaginative landscape of the Beemster Polder had a profound and lasting impact on reclamation projects in Europe and beyond.

Criterion (iv): The creation of the Beemster Polder marks a major step forward in the interrelationship between humankind and water at a crucial period of social and economic expansion.

Since it was drained in 1612, the Beemster Polder has been an independent geographical and administrative unit. It is still bounded by a continuous dyke, which also forms the boundary of the municipality of Beemster, creating an indivisible unit containing all the necessary elements to preserve its relationships and function as a living agrarian landscape.

It has retained its grid pattern and rational layout, specifically: the pattern of roads lined with trees; the ground plan for the watercourses and ring canal with ring dike; the dimensions of the plots; the scale of construction; the location and style of the farms; and the historical structure of the settlements. The A7 highway has been incorporated into the grid of the Beemster layout as it was constructed  parallel to the Purmerenderweg, part of the original rigidly linear road grid.

The landscape has not remained entirely unchanged over time. While a number of country homes, complete with formal gardens, have survived, about 50 were demolished in the 18th and 19th centuries and replaced by farms. Formal monumental entry gates mark the location of some of these properties.

The method of water level control has changed over time. In the late 19th century, three steam pumping stations replaced approximately 40 windmills installed at the time of construction. Steam power was later replaced by diesel and the two remaining pumping stations are now fully automated and electrically powered.

No specific threats to the property have been identified, and development is regulated. Natural disasters, such as flooding, have been reduced since 1932, when the former Zuiderzee (now the IJsselmeer) was closed off from the Wadden Sea with the construction of the Afsluitdijk (the IJsselmeer Dam). Tourism activity does not constitute a threat to the property.

There has not been any essential change in the intellectual and architectural concept underlying the planning structure of the Beemster Polder since it was constructed. The key design features, relating to the dimensions and land division, have remained intact. These include the pattern of waterways and roads with avenues of trees, a ring dyke and a ring canal, the historical structure and location of the villages, and the ribbon development of farms along the roads. This continuity is illustrated by the copperplate map engraving by Balthasar Florisz van Berkenrode (1643/44) which corresponds almost perfectly to the current pattern of main roads, waterways and plots of land. The characteristic visual spaciousness and openness of the landscape are recognisable from almost everywhere. The functional agricultural use of the polder continues. Its original intent for cereal production gradually evolved into pastureland and it is primarily used today for dairy farming, greenhouse horticulture, fruit farming, and bulb growing.

Traditional materials such as brick and wood are still being used. Moreover, the shape of residences is maintained, for example by respecting the traditional pitch of the roof.

The various properties in the 7,208-ha area are under a variety of public and private ownership. Conservation is the joint responsibility of the national, provincial and municipal governments and the Water Board.

The national government is responsible to protect monuments and conservation areas (city and townscapes), as well as to make funds available for regular architectural maintenance of state-protected monuments. The historic village of Middenbeemster has been designated a protected conservation area in 1985. Many of the other farms and houses, for example the historic “stolpboerderij” farms, are among the 89 state-protected monuments under the 1988 Dutch Monuments and Historic Buildings Act.

In 2011, the Dutch government adopted the National Policy Strategy for Infrastructure and Spatial Planning (SVIR). This policy came into force in 2012 and ensures the maintenance of World Heritage properties when it comes to the spatial development of the Netherlands. In line with this national policy, a specific preservation regime on the basis of the Dutch Spatial Planning Act (Wro) has been adopted for the Beemster Polder in the General Spatial Planning Rules Decree (Barro). This regime involves legally binding rules that instruct provinces to ensure that the maintenance of the attributes of the World Heritage properties is guaranteed in local zoning plans.

The municipality of Beemster and the Hollands Noorderkwartier Water Board are, as site holders of the property, jointly responsible for preserving, protecting, and guaranteeing the exceptional features of the Beemster Polder, and for promoting accessibility and the public’s enjoyment of the area. An administrative agreement of cooperation has been drawn up in 2011. Subsequently, a Management Plan for the World Heritage property has been drawn up, along with the development of a Strategic Structural Agenda, zoning plans, and a Municipal Area Agenda (Omgevingsnota). The Management Plan is updated regularly.

The municipality of Beemster has drawn up a new zoning plan in 2012. There is an overall development policy for the polder, based on its attributes and specific identity. That policy forms the decision-making framework for balancing the heritage qualities and the various aims and developments. Spatial planning interventions, resulting from social and economic developments, are assessed in the light of the World Heritage status of the Beemster Polder. Specific projects ensure that the basic principles and results of the policy are included in zoning plans, the Municipal Area Agenda (Omgevingsnota), and the Strategic Structural Agenda (Structuurvisie) so that new developments strengthen the qualities of the World Heritage property.

The former country residences are the subject of archaeological and heritage investigation, with the option of making the remainders visible at one or more locations for educational purposes in the future. 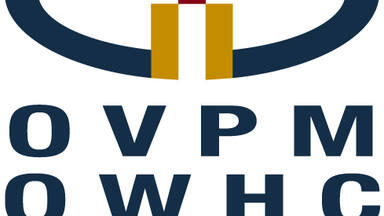