The List Tarnowskie Góry Lead-Silver-Zinc Mine and its ...
Print

Located in Upper Silesia, in southern Poland, one of the main mining areas of central Europe, the property includes the entire underground mine with adits, shafts, galleries and other features of the water management system. Most of the property is situated underground while the surface mining topography features relics of shafts and waste heaps, as well as the remains of the 19th century steam water pumping station. The elements of the water management system, located underground and on the surface, testify to continuous efforts over three centuries to drain the underground extraction zone and to use undesirable water from the mines to supply towns and industry. Tarnowskie Góry represents a significant contribution to the global production of lead and zinc. 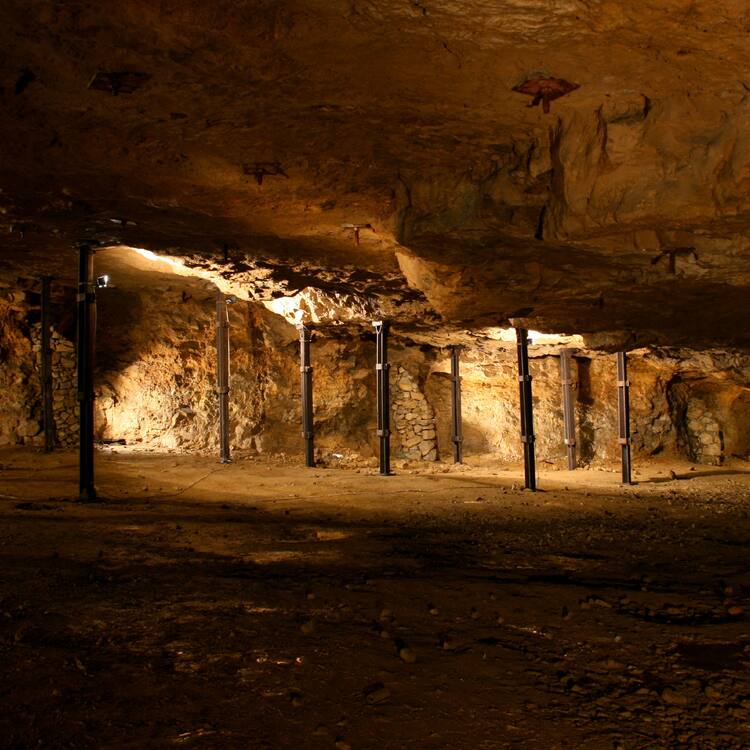 Tarnowskie Góry Lead-Silver-Zinc Mine and its Underground Water Management System is located in the Silesian plateau of southern Poland, in one of Europe’s classic metallogenic provinces. It possesses a monumental underground water management system that reflects a 300-year ingenious development of hydraulic engineering.

The mining and water management system was constructed in flat and technically challenging terrain, a gently undulating plateau at an elevation between 270-300 m above sea level; the difference between the highest and lowest points amounts to less than 50 m. This is unusual in that most European metalliferous deposits are located in mountainous terrain, an occurrence that heavily influenced drainage techniques, in particular. The underground system at Tarnowskie Góry experienced up to three times the volume of water inflow compared to other major European metal mines at the time and eventually comprised a water catchment of over 50 km of main drainage tunnels and 150 km of secondary drainage adits, access tunnels, shafts and extraction areas. This surviving network is complemented by substantial remains of the principal water management infrastructure, both above and below ground, together with directly connected surface elements that comprise essential mining landscape features.

The water supply system was planned, integrated and managed as part of a contemporary underground metal mining system, illustrating how, in a surviving and fully accessible mine context, modern steam-pumped water systems were developed using mining technology.

The integrated and symbiotic relationship of mineral extraction, mine dewatering and water supply, creatively developed at an early period under the same ownership, sets Tarnowskie Góry apart as being exceptional.

Criterion (i): Water Management System provides exceptional testimony to outstanding human technical creativity and application. It represents a masterpiece of mid-sixteenth to late-nineteenth century underground hydraulic engineering, its vast underground system representing the peak of European skills in such dewatering technology at a time when mining engineering provided the technical wherewithal for the development of the world’s first large-scale public water supply systems based on the steam-powered pumping of groundwater.

Criterion (ii): Water Management System exhibits an exceptional interchange of technology, ideas and expertise in underground mining engineering and public water supply between leading mining and industrial centres in Saxony, Bohemia, Hungary, Britain and Poland.  This led to the creation of a viable underground mine drainage network based on gravity free-flow, together with an integrated water pumping system that redistributed potable and industrial water to an entire region. This technical achievement, aided by the special natural attributes of the property, created a hotspot of industrial expertise in Silesia. The system still functions in much the same way as originally designed, supplying drinking water to the inhabitants of Tarnowskie Góry; an operation devised over two hundred years ago but which would be considered sustainable if conceived today.

Criterion (iv): Water Management System is an enduring technical ensemble of metal mining and water management, distinguished by a significant output of lead and zinc that sustained international metallurgical and architectural demands of the time, and a water system that ultimately drained the mine by gravity and met the needs of the most industrialized and urbanized region in Poland, and amongst the largest in Europe.

The overall size of the property provides a complete representation of all the significant surviving attributes of the mine and its water management system, supporting historical and geographical-spatial integrity as well as structural and functional integrity. The majority of the site is underground, and the small number of discrete areas delineated at surface is directly linked to it in the third dimension.

The cultural value of the property is reliably and credibly expressed through: form and design of mine and water management features, both below and above ground; materials and workmanship manifested by original and intact physical and structural remains; and use and function fully understood through exceptional archives held in Poland, together with a gravity drainage and water pumping facility that continues in operation today. The property’s location, and setting, is still pervaded by highly authentic and characteristic mining features in the landscape.

The State Party has designated the property for which the preservation is in the public interest and which it protects through various forms of legal protection. The World Heritage Centre of The National Heritage Board of Poland cooperates directly with the Management Board of the stakeholder partnership that is responsible for the protection and management of the nominated site at the local level. A Conservation Management Plan is being developed that will further guide protection, conservation and presentation of the attributes that carry Outstanding Universal Value. Continuation of scientific research, documentation and survey is key to sustain the understanding and conservation of the Water Management System, its values and attributes.