Stretching over more than 200,000 ha, this exceptionally beautiful park is home to more than 3,500 plant species, including almost as many trees (130 natural species) as in all of Europe. Many endangered animal species are also found there, including what is probably the greatest variety of salamanders in the world. Since the park is relatively untouched, it gives an idea of temperate flora before the influence of humankind. 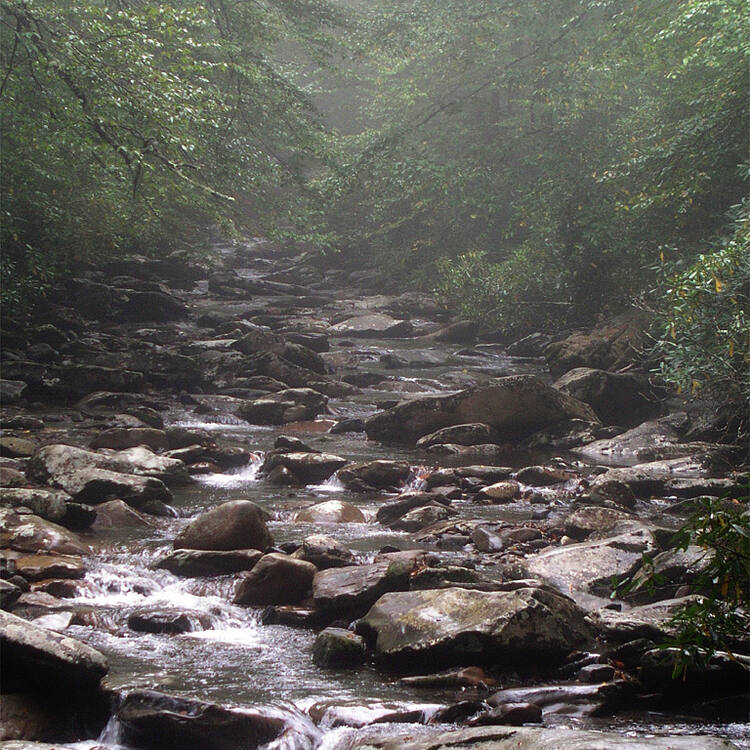 The Great Smoky Mountains National Park is a major North American refuge of temperate zone flora and fauna that survived the Pleistocene glaciations. The park includes the largest remnant of the diverse Arcto-Tertiary geoflora era left in the world, and provides an indication of the appearance of late Pleistocene flora.  It is large enough to allow the continuing biological evolution of this natural system, and its biological diversity exceeds that of other temperate-zone protected areas of comparable size. The park is of exceptional natural beauty with undisturbed, virgin forest including the largest block of virgin red spruce remaining on earth.

Criterion (viii): Great Smoky Mountains National Park is of world importance as the outstanding example of the diverse Arcto-Tertiary geoflora era, providing an indication of what the late Pleistocene flora looked like before recent human impacts.

Criterion (ix): The Great Smoky Mountains National Park is one of the largest remaining remnants of the diverse Arcto-Tertiary geoflora era in the world. It is large enough to be a significant example of continuing biological evolution of this natural system.

Criterion (x): The Great Smoky Mountains is one of the most ecologically rich and diverse temperate zone protected areas in the world. There are over 1300 native vascular plant species, including 105 native tree species, plus nearly 500 species of non-vascular plants - a level of floristic diversity that rivals or exceeds other temperate zone protected areas of similar size. The park is also home to the world’s greatest diversity of salamander species (31) - an important indicator of overall ecosystem health - and is the center of diversity for lungless salamanders, with 24 species.

At over 209,000 hectares, the property is one of the largest intact forest ecosystems in the southern Appalachian mountains, and contains one of the largest blocks of deciduous, temperate, old growth forests remaining in North America. Over 90% of the property is managed for wilderness values. The park adjoins several national forests on parts of its boundary, providing some additional protection and connectivity to the larger landscape.

One potential threat was resolved with a recent agreement not to build the long-proposed North Shore Road, thereby assuring protection to a significant portion of the property.

Of note is the All-Taxa Biological Inventory, a concentrated effort to identify and record every single species within the park. This will greatly assist park management in understanding and protecting the park’s resources.

Designated by the U.S. Congress in 1934 as a national park, Great Smoky Mountains National Park is managed under the authority of the Organic Act of August 25, 1916 which established the United States National Park Service. In addition, the park has specific enabling legislation which provides broad congressional direction regarding the primary purposes of the park. Numerous other federal laws bring additional layers of protection to the park and its resources, including the Clean Air Act. Day to day management is directed by the Park Superintendent.

Management goals and objectives for the property have been developed through a General Management Plan, which has been supplemented in recent years with more site-specific planning exercises as well as numerous plans for specific issues and resources. In addition, the National Park Service has established Management Policies which provide broader direction for all National Park Service units, including Great Smoky Mountains.

Park management plans for the property have identified a number of resource protection measures, such as environmental assessment processes, zoning, ecological integrity and visitor monitoring, and education programs to address pressures arising from issues both inside and outside the property, including air pollution and non-native invasive species. The park has a robust research program with over 140 research permits issued in a given year. Air quality and water quality are closely monitored in the park along with several other vital signs indicating the health of the ecosystem. These other vital signs include brook trout distribution, aquatic macro-invertebrates, vegetation, soil chemistry and climate change. Extensive pest management efforts are in place to reduce the impact of forests pests and exotic, invasive plants on the integrity of the ecosystem. 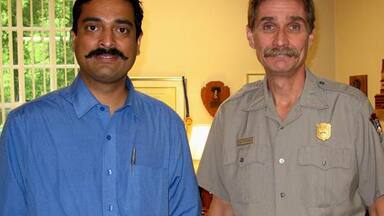 Counties of Cocke, Blount, and Sevier in the State of Tennessee; and the counties of Swain and Haywood in the state of North Carolina