The historic centre of Shakhrisyabz contains a collection of exceptional monuments and ancient quarters which bear witness to the city's secular development, and particularly to the period of its apogee, under the rule of Amir Temur and the Temurids, in the 15th-16th century. 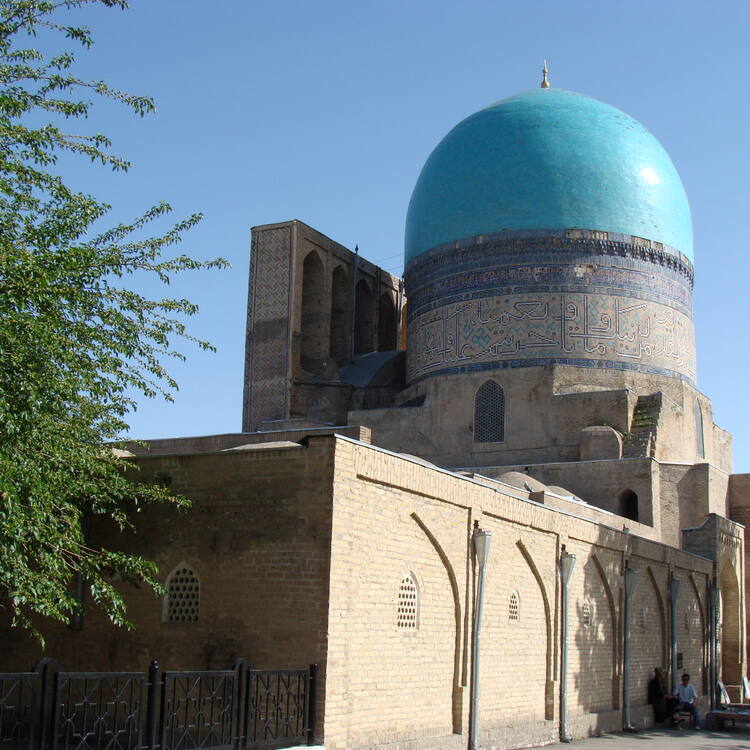 The Historic Centre of Shakhrisyabz, located on the Silk Roads in southern Uzbekistan, is over 2000 years old and was the cultural and political centre of the Kesh region in the 14th and 15th century.

A collection of exceptional monuments and ancient quarters can be found within the medieval walls, parts of which still remain. The Historic Centre of Shakhrisabz bears witness to the city’s secular development and to centuries of its history, and particularly to the period of its apogee, under the empire of Temur, in the 15th century. Construction of elements continued in Shakhrisyabz throughout different time periods, lending a unique character to the place by the succession of different architectural styles. Despite the inroads of time, the remaining vestiges are still impressive in the harmony and strength of styles, an enriching addition to the architectural heritage of Central Asia and the Islamic world.

The Ak-Sarai Palace construction began in 1380, the year following Temur's conquest of Khorezm, whose artisans were deported to work on the palace and provide its rich decoration. Although Samarkand may boast a great many Temurid monuments, not one can rival the Ak-Sarai Palace in Shakhrisyabz. The foundations of its immense gate have been preserved: this architectural masterpiece is outstanding in its dimensions and bold design.

The Dorus Saodat is a vast complex which was destined as a place of burial for the ruling family and contained, in addition to the tombs themselves, a prayer hall, a mosque, and accommodation for the religious community and pilgrims. The main façade was faced with white marble. The tomb of Temur, also of white marble, is a masterpiece of the architecture of this period and it is also one of the finest memorials to be found in Central Asia.

The covered Chor-su bazaar was built at the cross-roads of two main streets, in the form of an octagon with a central cupola, with no particular decoration but with an eye to the exterior effect of bold architecture. The baths, rebuilt on the site of the 15th century baths and still in use today, are heated by an elaborate network of underground conduits.

Shakhrisyabz contains not only outstanding monuments dating from the period of the Temurids, but also mosques, mausoleums, and entire quarters of ancient houses.

In addition to these monuments, the town also offers a variety of interesting constructions of a more modern period, including the Mirhamid, Chubin, Kunduzar, and Kunchibar mosques. Period houses reflect a more popular architectural style, with rooms typically laid out around a courtyard with veranda.

Criterion (iii): Shakhrisyabz contains many fine monuments, and in particular those from the Temurid period, which was of great cultural and political significance in medieval Central Asia.

Criterion (iv): The buildings of Shakhrisyabz, notably the Ak-Sarai Palace and the Tomb of Temur, are outstanding examples of a style which had a profound influence on the architecture of this region.

All the original components of the medieval town including the unique architectural monuments and traditional houses built during the Temurid period are located within the boundaries of the property which is defined by the alignment of the city walls. The historic urban fabric of the town is intact, despite some insensitive insertions made during the Soviet period.

The main factor affecting the physical integrity of monuments is the rising ground water level. Therefore a drainage system is required around the historical area.

The monuments and buildings of Shakhrisabz are a testimony to the architecture and city planning of the Temurid period. The historic centre has retained its original appearance. Most of the buildings and decorative art have been well preserved and are in their original state and care has been taken in restoration works to ensure the use of traditional materials and techniques.

The Historic Centre of Shakhrisyabz was designated as a “Monument of Significance for the Republic” in 1973. The town was entered on the List of Historic Towns under Resolution N°339 of the Council of Ministers of Uzbekistan in 1973.

The relevant legislation of the Republic of Uzbekistan provides sufficient protection for the property and regulates the new urban developments in the historical centre. The property is managed by the Regional Inspection for Protection and Utilization of Cultural Heritage Sites under the Ministry of Culture and Sports with participation of regional authorities.

Monitoring of the monuments is being carried out once or twice a year by the Tashkent State Institute of Architecture and Construction. The main monuments are in good conditions and the income from leased spaces provides the funds for the management of the property. Extra funds would be required from the state for restoration projects such as that of the city walls.

It is necessary to develop a comprehensive conservation and management plan in order to ensure the long-term safeguarding of the property. 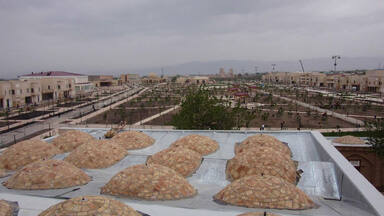