The List Mining Area of the Great Copper Mountain in ...
Print

The enormous mining excavation known as the Great Pit at Falun is the most striking feature of a landscape that illustrates the activity of copper production in this region since at least the 13th century. The 17th-century planned town of Falun with its many fine historic buildings, together with the industrial and domestic remains of a number of settlements spread over a wide area of the Dalarna region, provide a vivid picture of what was for centuries one of the world's most important mining areas. 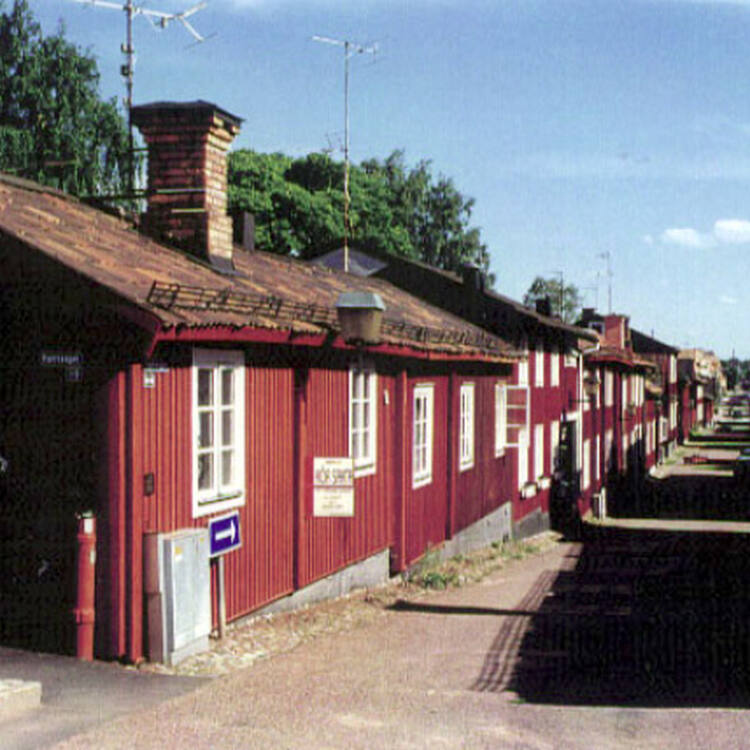 The Mining Area of the Great Copper Mountain in Falun is one of the most outstanding industrial monuments in the world. The cultural landscape graphically illustrates the activities of copper production in the Dalarna region of central Sweden since at least the 9th century. Over many centuries, until production ceased in the late 20th century, the region was one of the most significant areas of mining and metals production. This culminated in the 17th century in the dominance of Sweden as the major producer of copper and exerting a strong influence on the technological, economic, social, and political development of Sweden and Europe.

The history of the mining industry can be seen in the abundant industrial and domestic remains characteristic of this industry that still survive in the natural landscape around Falun, which has been moulded and transformed by human ingenuity and resourcefulness. The enormous mining excavation known as the Great Pit (Stora Stöten) at Falun is the most striking feature of this landscape. Associated with the enormous open-cast mine and its galleries, shafts and visitors’ mine are hoisting gear, head frames, wheelhouses, winch houses, pivot and administrative buildings, housing for workers and ancillary facilities.

The Mining Area of the Great Copper Mountain in Falun is noteworthy not only for its technological heritage but also for the abundant evidence illustrating the economic and social evolution of the copper industry and the social structure of the mining community over time. Many small mining settlements and miners dwellings, as well as the 17th-century planned town of Falun graphically illustrate the special socio-economic framework of much of European mining up to late 19th century. The fine historic buildings of Falun and the industrial and domestic remains of a number of settlements spread over a wide area of the property provide a vivid picture of life in one of the world’s most important mining areas.

Criterion (ii): Copper mining at Falun was influenced by German technology, but this was to become the major producer of copper in the 17th century and exercised a profound influence on mining technology in all parts of the world for two centuries.

Criterion (iii): The entire Falun landscape is dominated by the remains of copper mining and production, which began as early as the 9th century and came to an end in the closing years of the 20th century.

Criterion (v): The successive stages in economic and social evolution of the copper industry in the Falun region, from a form of “cottage industry” to full industrial production, can be seen in the abundant industrial, urban, and domestic remains characteristic of this industry that still survive.

The integrity of both the Great Pit and its associated buildings and the urban fabric of the old part of Falun have been maintained by the application of statutory regulations, reinforced by a strong resolution on the part of the residents to ensure the survival of the evidence of Falun’s great industrial heritage. All of the buildings, structures and associated equipment within the World Heritage property are well preserved.

The authenticity of individual buildings and monuments within the inscribed property is high. They have been well preserved and show the old traditions of mining construction. This is the result of stringent conditions laid down by the relevant legislation regarding maintenance and materials selected for restoration and implemented by the national, county and municipal agencies involved.

Mining activities and metal productions have left innumerable traces in both the landscape and the settlement. Collectively these attributes create the cultural landscape of the Mining Area of the Great Copper Mountain in Falun and underpin the authenticity of the property. Metals are in great demand on the world market prompting interest in ore prospecting in the area surrounding the Great Pit in Falun. Given the potential impact from future prospecting or mining on the attributes of the property and the authenticity of the cultural landscape, this will warrant careful evaluation before any decision is made on allowing these activities while also taking into account the International Council of Mining and Metals (ICMM) Position Statement not to explore or mine in World Heritage properties.

The monuments, sites and landscape that make up the World Heritage property are all protected under the comprehensive and interlocking Swedish legislation for cultural and environmental protection.

All archaeological monuments and sites, listed historic buildings and ecclesiastical buildings of the Church of Sweden, are given full legal protection by the Historic Environment Act (1988:950). Any interventions must receive authorization from the County Administration.

The Environmental Code (1998:808) lays down general rules relating to the protection and conservation of the environment. There are two provisions relating to cultural values. First, it specifies fundamental requirements for the use of land and water areas, design to maintain their cultural values. These are applicable to public authorities as well as private individuals or enterprises. Secondly, it introduces the concept of cultural reserve. The Code is regulated by the County Administration.

The Foundation Stora Kopparberget owns the Falun mine. The miner-yeomen’s homesteads and town buildings are for the most part privately owned. The Municipality of Falun, the Church and the National Property Board own a number of official buildings. The authority of the Municipality of Falun, the County Administrative Board and the Swedish National Heritage Board supervises them.