The List Old Havana and its Fortification System
Print

Havana was founded in 1519 by the Spanish. By the 17th century, it had become one of the Caribbean's main centres for ship-building. Although it is today a sprawling metropolis of 2 million inhabitants, its old centre retains an interesting mix of Baroque and neoclassical monuments, and a homogeneous ensemble of private houses with arcades, balconies, wrought-iron gates and internal courtyards. 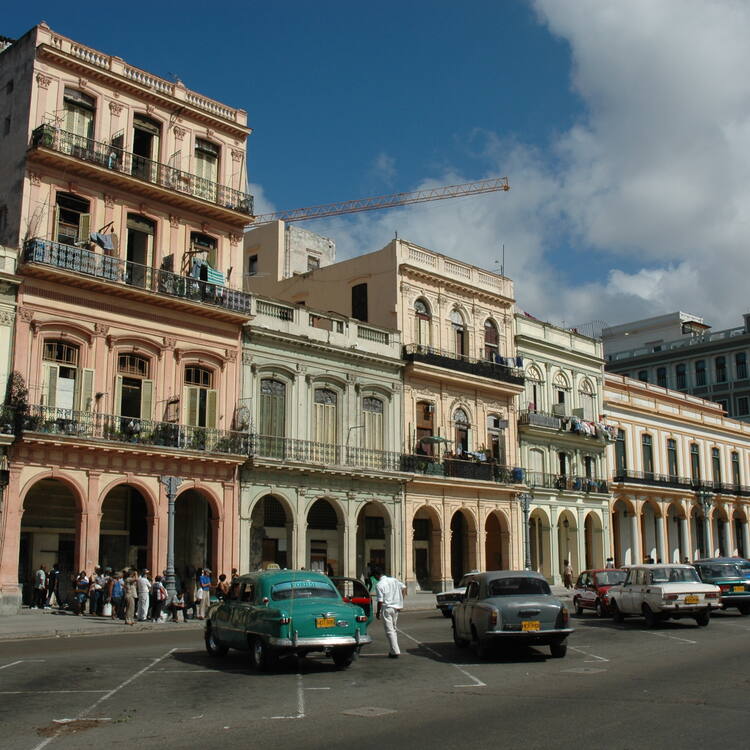 Founded about 1519 on Cuba’s north-western shore, Old Havana has maintained a remarkable unity of character through its adherence to its original urban layout. Urban plazas surrounded by many buildings of outstanding architectural merit and narrow streets lined with more popular or traditional styles permeate the historic centre of the city. Its overall sense of architectural, historical and environmental continuity makes it the most impressive historical city centre in the Caribbean and one of the most notable in the American continent as a whole. With the establishment and development of the fleet system in the Spanish West Indies, Havana in the second half of the 16th century became the largest port in the region, and in the 18th century developed the most complete dockyard in the New World, both of which necessitated military protection. The extensive network of defensive installations that was created between the 16th and 19thcenturies includes some of the oldest and largest stone fortifications now standing in the Americas.

Criterion (iv)The historic fortunes of Havana were a product of the exceptional function of its bay as an obligatory stop on the maritime route to the New World, which consequently necessitated its military protection. The extensive network of defensive installations created between the 16th and 19th centuries includes some of the oldest and largest extant stone fortifications in the Americas, among them La Cabaña fortress on the east side of the narrow entrance canal to Havana Bay, Real Fuerza Castle on the west side, and Morro castle and La Punta castle guarding the entrance to the canal.

Criterion (v) The historic centre of Havana has maintained a remarkable unity of character resulting from the superimposition of different periods in its history, which has been achieved in a harmonious yet expressive manner through adherence to the original urban layout and underlying pattern of the city as a whole. Within the historical centre of the city are many buildings of outstanding architectural merit, especially surrounding its plazas, which are set off by houses and residential buildings in a more popular or traditional style that, when considered as a whole, provide an overall sense of architectural, historical and environmental continuity that makes Old Havana the most impressive historical city centre in the Caribbean and one of the most notable in the American continent as a whole.

Within the boundaries of Old Havana and its Fortifications are located all the elements necessary to express its Outstanding Universal Value, including Old Havana’s urban layout with its five large plazas and its harmonious ensemble of architectural monuments and traditional-style popular buildings from different periods in its history, and its extensive network of fortifications. Because of the historic role played by building ordinances during the 19th and 20th centuries, Old Havana’s urban and architectural morphology has remained virtually unchanged. The city’s 214-ha. historic centre and its fortifications are of sufficient size to adequately ensure the complete representation of the features and processes that convey the property’s significance. Old Havana and its Fortifications does not suffer from adverse effects of development, though much of Old Havana’s built fabric is in disrepair due to decay, chronic neglect and the natural elements.

Old Havana and its Fortifications have a high degree of authenticity in terms of location and setting, forms and designs, and materials and substances. Between the 1950s and the 1970s, certain architectural interventions and changes in use affected Old Havana’s authenticity, but without reducing a clear understanding of the veracity of the ensemble and its attributes. Havana is occasionally subjected to severe tropical weather (including hurricanes, as in 2008), which can threaten the authenticity of the property.

Old Havana and its Fortifications is largely owned by the Cuban state, with some parts owned by private individuals or legal entities. The inscribed property is protected by provisions in the Constitución de la República de Cuba (Constitution of the Republic of Cuba) of 24 February 1976 and by National Monuments Commission Resolution 3/1978 designating the historic urban centre of the old town of San Cristobal de La Habana and the system of colonial fortifications surrounding it as a National Monument, in application of the Ley de Protección al Patrimonio Cultural (Law on the Protection of Cultural Property, Law No. 1 of 4 August 1977), and the Ley de Monumentos Nacionales y Locales (Law on National and Local Monuments, Law No. 2 of 4 August 1977). National Monuments Commission Resolutions 12/1980 and 14/1980 established, respectively, a national working group responsible for the historic centre of Old Havana and its fortifications, and measures to define the limits of the historic centre and to protect its buildings by halting demolition and by planning reinforcement work. The Asamblea Provincial del Poder Popular (Provincial Assembly of People’s Power) is responsible for the administration of the historic centre of Havana. A specialized institution of the Cuban Ministry of Culture provides legal, technical and administrative support for research and formulation of policies and projects for the conservation and rehabilitation of the historic centre. The Cuban state provides resources for a Five-Year Restoration Plan, which began in 1981, and ensures the viability and sustainability of the multi-year Plan by means of an agreement with the Office of the Historian of Havana (an autonomous organization of city government founded in 1938), which manages the process of rehabilitation and restoration.

Sustaining the Outstanding Universal Value of the property over time will require continuing existing programmes and processes, and establishing new initiatives as required, to ensure the proper repair and conservation of the built fabric of Old Havana that is in disrepair due to decay, chronic neglect and the elements; preparing a risk reduction and emergency preparedness plan related to severe weather and other identified or potential threats; and establishing monitoring indicators. 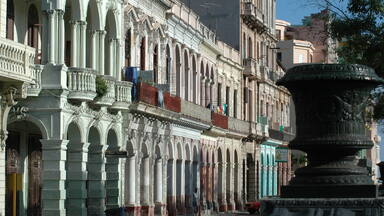 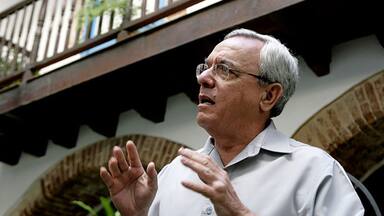 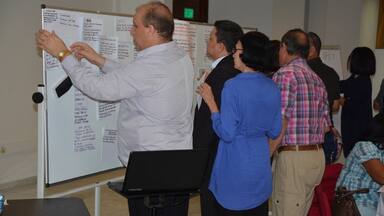 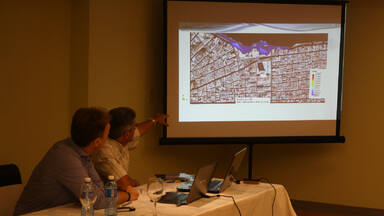 'Development of Risk Mitigation Plans on flood: Models, Challenges and Opportunities' Workshop
24 May 2016 - 25 May 2016 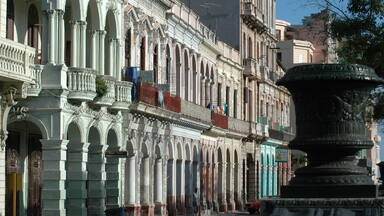 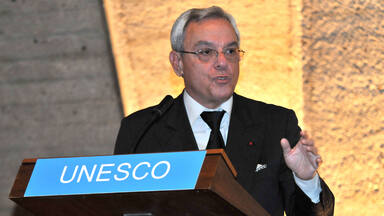