The List Landscape of the Pico Island Vineyard Culture
Print

The 987-ha site on the volcanic island of Pico, the second largest in the Azores archipelago, consists of a remarkable pattern of spaced-out, long linear walls running inland from, and parallel to, the rocky shore. The walls were built to protect the thousands of small, contiguous, rectangular plots (currais) from wind and seawater. Evidence of this viniculture, whose origins date back to the 15th century, is manifest in the extraordinary assembly of the fields, in houses and early 19th-century manor houses, in wine-cellars, churches and ports. The extraordinarily beautiful man-made landscape of the site is the best remaining area of a once much more widespread practice. 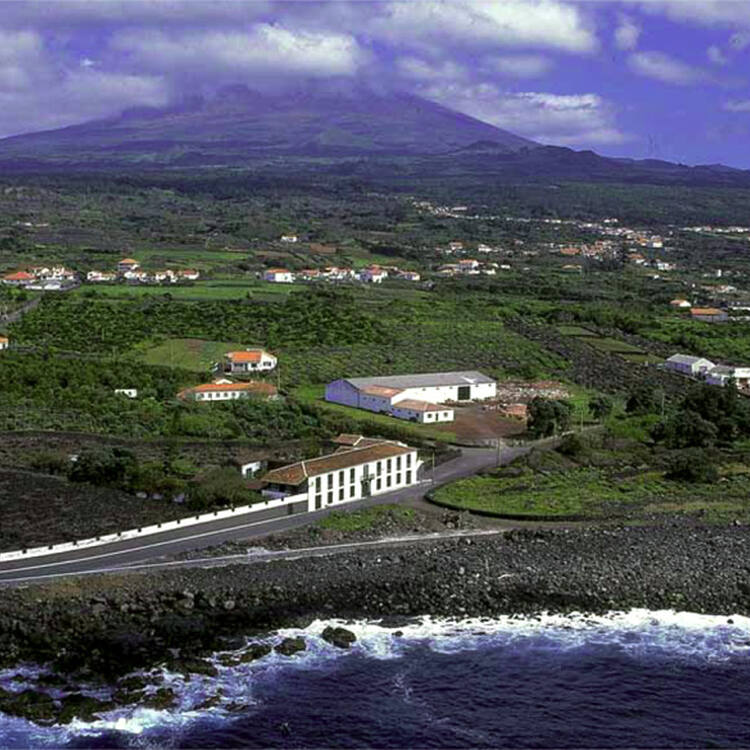 The Landscape of the Pico Island Vineyard Culture is an outstanding example of the adaptation of farming practices to a remote and challenging environment. Pico Island is one of nine volcanic islands in the Azores Archipelago in the Atlantic Ocean. The island contains spectacular evidence of grape-growing and wine-making (viniculture), with an imposing pattern of orderly, long, linear walls running inland from, and parallel to, the rocky coastline around its northern and western edges. The stone walls form thousands of small, contiguous, rectangular plots built to protect crops from wind and salt spray. Vines were, and continue to be, planted within the small and soilless plots (locally called currais). The extensive system of small fields, as well as the buildings (manor houses, wine cellars, warehouses, conventional houses, and churches), pathways and wells, ports and ramps, were produced by generations of farmers enabling the production of wine.

Begun in the 15th century, wine production on Pico Island reached its peak in the 19th century and then gradually declined due to plant disease and desertification (loss of soil and reduced rainfall). However, a low level of grape vine growing and high-quality wine production continues to be undertaken and expanded, especially around the village of Criação Velha. Wine production is managed under a regime designed to ensure economic viability and sustainability as well as to retain traditional farming techniques.

Criterion (iii): The Pico Island landscape reflects a unique response to viniculture on a small volcanic island that has been evolving since the arrival of the first settlers in the 15th century.

Criterion (v): The extraordinarily beautiful human-made landscape of small, stone walled fields is a testimony to generations of small-scale farmers who, in a hostile environment, created a sustainable living and much-valued wine.

The 987 ha property and its 1,924 ha buffer zone encompass all the elements necessary to understand the vineyard culture of Pico Island, which is the basis for its Outstanding Universal Value. The physical evidence across this landscape includes the extensive network of enclosed stone-walled fields, or currais, a variety of buildings (houses, wine cellars, windmills, warehouses, and churches), pathways, wells, ports, and fig trees. Its boundaries, including the buffer zone, represent a significant and intact proportion of the vineyard landscape, which encircled the island in the 19th century. The property comprises areas of both abandoned stone-walled enclosures (a relict cultural landscape) and areas where grape production continues to take place (a continuing, living and working landscape).

The vineyard landscape and culture of Pico Island is largely intact, extraordinarily well preserved, and without additions of intrusive modern structures. The abandoned, stone-walled enclosures suffer from a low level of deterioration resulting from disuse and neglect, while certain invasive plants species have colonised many of -these abandoned currais. Though currently maintained, the integrity of the Landscape of the Pico Island Vineyard Culture is threatened by the construction of new buildings that are incompatible with the visual qualities of the World Heritage property, and future development and expansion of the Pico airport risks impacting the Outstanding Universal Value of the property.

The Landscape of the Pico Island Vineyard Culture has evolved over 500 years and is exceptionally well-preserved and fully authentic in its setting, materials, continued use, function, traditions, techniques, and management systems. The spectacular coastal setting of the viniculture landscape sits at the foothills of Pico Mountain, a volcano that dominates the topography of the island. The material used to construct the currais and buildings is largely composed of local, irregular, weatherworn, black basalt rocks. The use of this dominant material type is a major element of the authenticity of the cultural landscape. Part of the property (adjacent to Criação Velha, immediately south of the island’s main town of Madalena) is actively farmed. The currais in these areas are used in a way that is consistent with 19th-century techniques and traditions, thus fully satisfying conditions of authenticity.

The property is vulnerable to a number of pressures, which include the importing of stone for re-building that is not consistent with local materials. The expansion of the local wine-based industry (in part as a consequence of World Heritage status) is currently not considered a threat to the authenticity of the property, as viniculture practices are carried out by individual owner-farmers without the use of mechanical vine-growing methods.

The Landscape of the Pico Island Vineyard Culture is well protected through a system of legislation, management plans, and a multi-tired administrative system. Protection mechanisms are in place at the regional, island, municipal, and protected landscape levels.

Laws to protect both the vine growing areas and the standards of wine production on Pico Island were passed in 1980, 1988, and 1994. In 1986, the area covered by the World Heritage listing (as well as areas beyond the buffer zone) was classified as a Protected Landscape (IUCN Category V Protected Area, which are typical living landscapes). Regional Act of Law 10 of 2002 provides four levels of protection that include two zones for stone wall-enclosed vineyards or currais – the small lajidos (or broad lava flow fields) of Criação Velha and Santa  Luzia, which are areas protected for their high-quality wine production.

A series of management plans have been developed for the viniculture landscape of Pico Island, beginning with a ‘Safeguarding Plan’ (1993), an action plan (‘Dynamizing Plan,’ covering the period 2001-2006), and a regularly revised five-year Management Plan for the World Heritage property. The latter plan allowed the Regional Government to adopt measures to impose planning constraints on new buildings, use appropriate local building materials, reconstruct ruins, revitalise abandoned vineyards (e.g., remove invasive plants), and ‘guarantee the revitalisation of the landscape through the progressive increase of cultivated vines under traditional methods.’ The Management Plan views the property as a living, working landscape that is maintained and protected by sustaining the area’s distinctive wine-making traditions and thereby preserving the complex field patterns and associated structures and houses. A recent evaluation of the current ‘Land Management Plan of the Protected Landscape of Pico Vineyard Culture’ carried out by the Regional Directorate for the Environment will be the basis for revisions to the Management Plan. The purpose of the Plan is to “further promote the maintenance and recovery of the vineyard landscape, turning it into one of the most economic and social development hubs of Pico Island and the Azores.”

Sustaining the Outstanding Universal Value of the Landscape of the Pico Island Vineyard Culture in the long-term will require ongoing coordination between the different levels of government in partnership with the local communities and land owners. The future protection of the 500-year old vineyard landscape will rely on continuing, effective, and realistic partnerships that support sustainable wine production in a way that continues to preserve traditional viniculture practices. 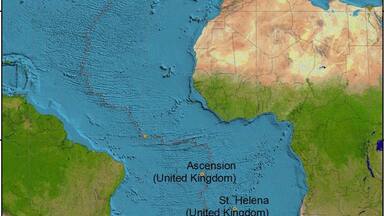