The Order of St John of Jerusalem occupied Rhodes from 1309 to 1523 and set about transforming the city into a stronghold. It subsequently came under Turkish and Italian rule. With the Palace of the Grand Masters, the Great Hospital and the Street of the Knights, the Upper Town is one of the most beautiful urban ensembles of the Gothic period. In the Lower Town, Gothic architecture coexists with mosques, public baths and other buildings dating from the Ottoman period. 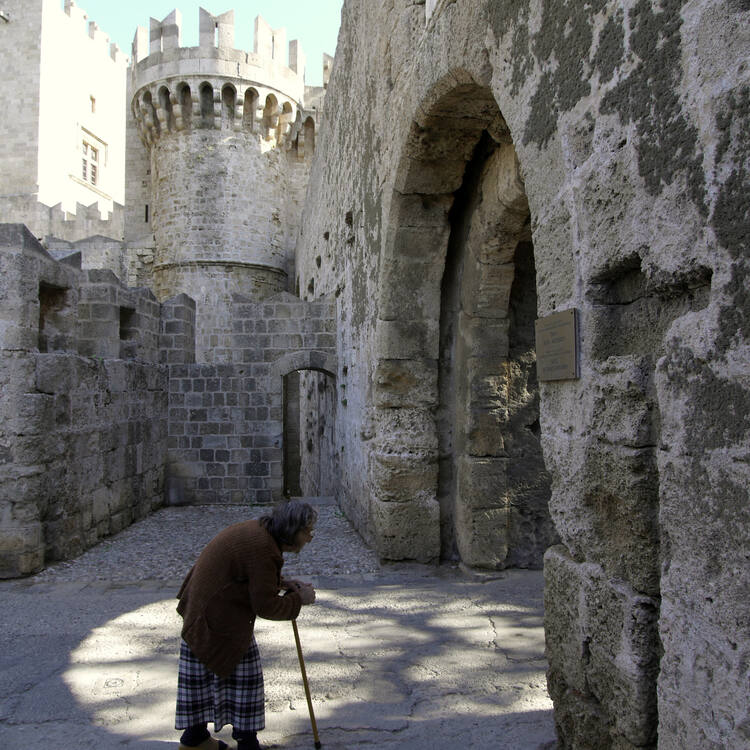 Medieval City of Rhodes © OUR PLACE The World Heritage Collection

From 1309 to 1523 Rhodes, the largest island of the Dodecanese, was occupied by the Knights of St John of Jerusalem who had lost their last stronghold in Palestine, in Acre, in 1291. They transformed the island capital into a fortified city able to withstand sieges as terrible as those led by the Sultan of Egypt in 1444 and Mehmet II in 1480. Rhodes finally fell in 1522 after a six-month siege carried out by Suleyman II.

The medieval city is located within a 4 km-long wall. It is divided with the high town to the north and the lower town south-southwest. Originally separated from the lower town by a fortified wall, the high town was entirely built by the Knights. The Order was organized into seven “tongues”, each having its own seat, or “inn”. The inns of the tongues of Italy, France, Spain and Provence lined the principal east-west axis, the famous Street of the Knights, on both sides, one of the finest testimonies to Gothic urbanism. To the north, close to the site of the Knights’ first hospice, stands the Inn of Auvergne, whose facade bears the arms of Guy de Blanchefort, Grand Master from 1512 to 1513. The original hospice was replaced in the 15th century by the Great Hospital, built between 1440 and 1489, on the south side of the Street of the Knights.

The lower town is almost as dense with monuments as the high town. In 1522, with a population of 5000, it had many churches, some of Byzantine construction. Throughout the years, the number of palaces and charitable foundations multiplied in the south-southeast area: the Court of Commerce, the Archbishop’s Palace, the Hospice of St. Catherine, and others.

The ramparts of the medieval city, partially erected on the foundations of the Byzantine enclosure, were constantly maintained and remodelled between the 14th and 16th centuries under the Grand Masters. Artillery firing posts were the final features to be added. At the beginning of the 16th century, in the section of the Amboise Gate, which was built on the northwest angle in 1512, the curtain wall was 12 m thick with a 4 m-high parapet pierced with gun holes. The fortifications of Rhodes exerted an influence throughout the eastern Mediterranean at the end of the Middle Ages.

Criterion (ii): The fortifications of Rhodes, a “Frankish” town long considered to be impregnable, exerted an influence throughout the eastern Mediterranean basin at the end of the Middle Ages.

Criterion (iv): This cultural property is an outstanding example of an architectural ensemble which illustrates the significant period of history in which a military/hospital order founded during the Crusades survived in the eastern Mediterranean area in a context characterised by an obsessive fear of siege. Rhodes is one of the most beautiful urban ensembles of the Gothic period. The fact that this medieval city is located on an island in the Aegean Sea, that it was on the site of an ancient Greek city, and that it commands a port formerly embellished by the Colossus erected by Chares of Lindos, one of the Seven Wonders of the ancient world, only adds to its interest. Finally, it must be noted that the chain of history was not broken in 1523 but rather continued up to 1912 with the additions of valuable Islamic monuments, such as mosques, baths and houses.

Criterion (v): With its Frankish and Ottoman buildings the old town of Rhodes is an important ensemble of traditional human settlement, characterized by successive and complex phenomena of acculturation. Contact with the traditions of the Dodecanese changed the forms of Gothic architecture and building after 1523 combined vernacular forms resulting from the meeting of two worlds with decorative elements of Ottoman origin. All the built-up elements dating before 1912 have become vulnerable because of the evolution in living conditions and they must be protected as much as the great religious, civil and military monuments, the churches, monasteries, mosques, baths, palaces, forts, gates and ramparts.

The increasing dangers due to the tourist development and the commercial overexploitation of the property, the modification of land use and of building regulations require that the strategic management of the property be continuously strengthened, so that the pressure exerted on the environment and the urban fabric, including all elements from before 1912, will be minimized.

The medieval city of Rhodes maintains the architectural character and the urban organization of a medieval city as well as its primary building materials. The alterations to the fortification walls and the monuments within the city during the Ottoman period did not harm at all the character of the historical settlement, and are unique and integral evidence of the historic layering of the property. The Italian occupation after 1912 left a strong imprint on the urban landscape of Rhodes, with reconstructions of some of the major buildings. They must be considered, nonetheless, as a permanent integral part of the urban history of Rhodes.

The protection and management of the medieval city of Rhodes is implemented through continuous and systematic controls of the town-planning framework and of building activity as well as the updating of the institutional and legislative regulations.

Conservation works on the fortifications, monuments, communal spaces and private buildings are still in progress and are funded by the European Union, the state and private resources. Both state and municipal authorities are in charge of issues regarding the day-to-day function of the residential area with the view to preserving more effectively the values of the property.

The Palace of the Grand Masters and the Archaeological Museum of Rhodes have been upgraded in order to promote the property and offer better facilities to visitors (new exhibitions, infrastructures).

The first phase of the urban planning study for the medieval city of Rhodes – which will define specific boundaries for building and use of land within the limits of the property aiming to its preservation and which was elaborated by the Municipality of Rhodes in cooperation with the Ephorate of Antiquities of the Dodecanese – has been approved under conditions which will be incorporated in the second phase. The final study – a Presidential Decree – will become the basis of the management plan. 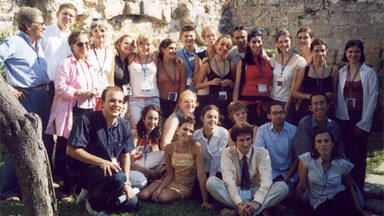