The deposit of rock salt in Wieliczka and Bochnia has been mined since the 13th century. This major industrial undertaking has royal status and is the oldest of its type in Europe. The site is a serial property consisting of Wieliczka and Bochnia salt mines and Wieliczka Saltworks Castle. The Wieliczka and Bochnia Royal Salt Mines illustrate the historic stages of the development of mining techniques in Europe from the 13th to the 20th centuries: both mines have hundreds of kilometers of galleries with works of art, underground chapels and statues sculpted in the salt, making a fascinating pilgrimage into the past. The mines were administratively and technically run by Wieliczka Saltworks Castle, which dates from the medieval period and has been rebuilt several times in the course of its history. 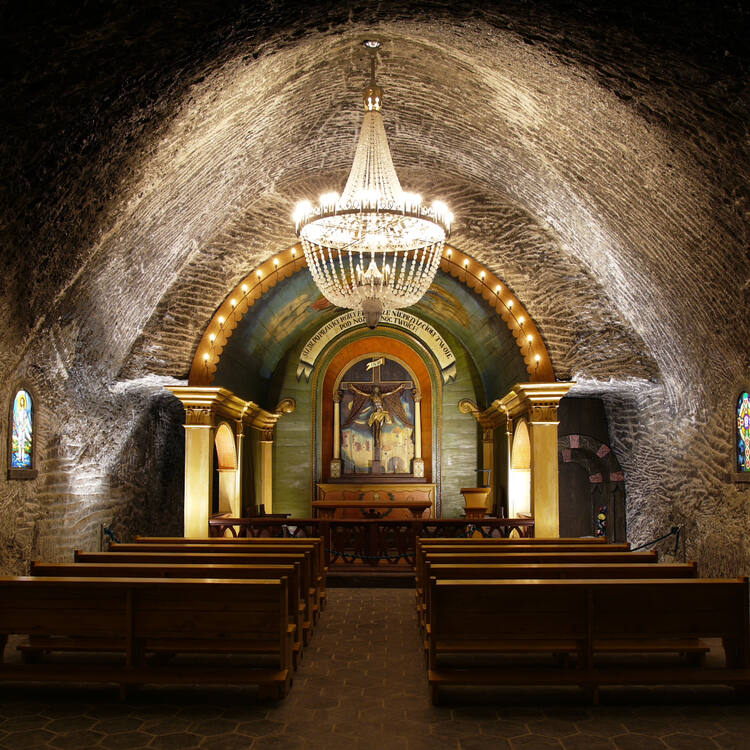 The Wieliczka and Bochnia salt mines are located on the same geological rock salt deposit in southern Poland. Situated close to each other, they were worked in parallel and continuously from the 13th century until the late 20th century, constituting one of the earliest and most important European industrial operations.

The two mines include a large ensemble of early galleries which extend to great depths. The residual excavations have been altered, and made into chapels, workshops and storehouses, etc. A substantial ensemble of statues and decorative elements sculpted into the rock salt has been preserved in both mines, along with an ensemble of tools and machinery. An underground tourist route has existed since the early 19th century.

The two mines, which over a long period were combined as one company with royal status (Kraków Saltworks), were administratively and technically run from Wieliczka Saltworks Castle, which dates from the medieval period, but has been rebuilt several times in the course of its history.

Criterion (iv): The Wieliczka and Bochnia Royal Salt Mines illustrate the historic stages of the development of mining techniques in Europe, from the 13th to the 20th centuries. The galleries, the subterranean chambers arranged and decorated in ways that reflect the miners’ social and religious traditions, the tools and machinery, and the Saltworks Castle which administered the establishment for centuries, provide outstanding testimony about the socio-technical system involved in the underground mining of rock salt.

This serial property consists of all three components historically constituting one royal enterprise Kraków Saltworks: Wieliczka salt mine, Bochnia salt mine and the Saltworks Castle in Wieliczka. Both mines present the diversity of the ensemble, in mining, technical and artistic terms, and the completeness of the evidence of the historically ancient working of rock salt in this region of what is today Southern Poland. The Wieliczka Saltworks Castle, which historically administered the mines and managed sales of the salt for the benefit of the princes and kings of Poland, gives a new dimension for the Outstanding Universal Value of the ensemble.

The property expresses relatively satisfactory mining authenticity. Although most parts of the preserved structure are of the 18th century, the technical testimony relates essentially to the 18th, 19th and 20th centuries. Technical knowledge about earlier periods stems mainly from historic records, and from the resulting reconstructions, which in some cases are slightly over-interpreted, rather than from direct evidence.