Hoi An Ancient Town is an exceptionally well-preserved example of a South-East Asian trading port dating from the 15th to the 19th century. Its buildings and its street plan reflect the influences, both indigenous and foreign, that have combined to produce this unique heritage site. 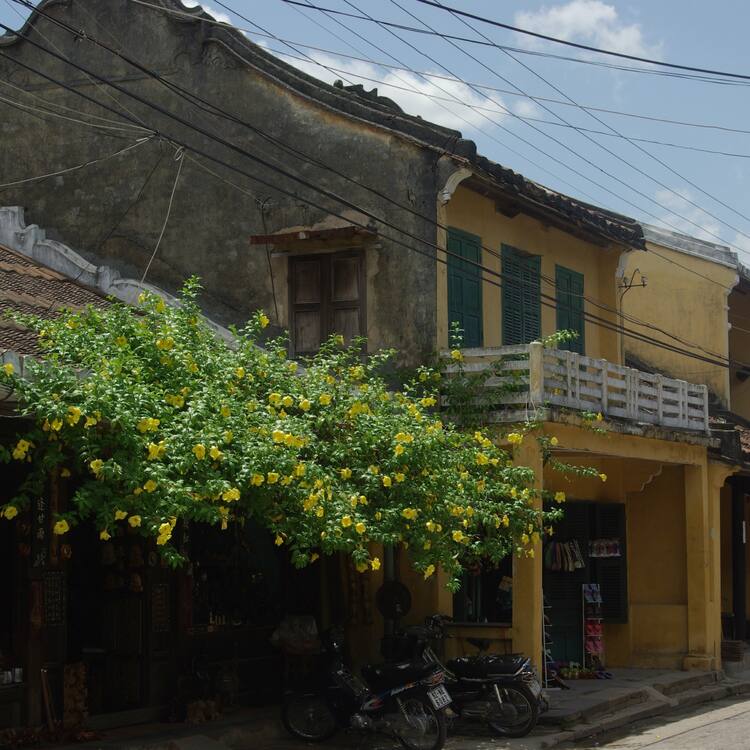 Hoi An Ancient town is located in Viet Nam’s central Quang Nam Province, on the north bank near the mouth of the Thu Bon River. The inscribed property comprises 30 ha and it has a buffer zone of 280 ha. It  is an exceptionally well-preserved example of a small-scale trading port active the 15th to 19th centuries  which traded widely, both with the countries of Southeast and East Asia and with the rest of the world. Its decline in the later 19th century ensured that it has retained its traditional urban tissue to a remarkable degree.

The town reflects a fusion of indigenous and foreign cultures (principally Chinese and Japanese with later European influences) that combined to produce this unique survival.

The town comprises a well-preserved complex of 1,107 timber frame buildings, with brick or wooden walls, which include architectural monuments, commercial and domestic vernacular structures, notably an open market and a ferry quay, and religious buildings such as pagodas and family cult houses. The houses are tiled and the wooden components are carved with traditional motifs.  They are arranged side-by-side in tight, unbroken rows along narrow pedestrian streets. There is also the fine wooden Japanese bridge, with a pagoda on it, dating from the 18th century. The original street plan, which developed as the town became a port, remains. It comprises a grid of streets with one axis parallel to the river and the other axis of streets and alleys set at right angles to it. Typically, the buildings front the streets for convenient customer access while the backs of the buildings open to the river allowing easy loading and off-loading of goods from boats.

The surviving wooden structures and street plan are original and intact and together present a traditional townscape of the 17th and 18th centuries, the survival of which is unique in the region. The town continues to this day to be occupied and function as a trading port and centre of commerce. The living heritage reflecting the diverse communities of the indigenous inhabitants of the town, as well as foreigners, has also been preserved and continues to be passed on. Hoi An Ancient Town remains an exceptionally well-preserved example of a Far Eastern port.

Criterion (ii): Hoi An is an outstanding material manifestation of the fusion of cultures over time in an international commercial port.

Criterion (v): Hoi An is an exceptionally well-preserved example of a traditional Asian trading port.

Hoi An Ancient Town has retained its original form and function as an outstanding example of a well-preserved traditional South East Asian trading port and commercial centre. It remains complete as a homogenous complex of traditional wooden buildings, with the original organically developed street plan, within the town’s original river/seacoast setting.

These original cultural and historic features demonstrate the town’s outstanding universal value and are present, well-preserved, and evident within the boundary of the inscribed property, even while it continues to be occupied and function as a trading port, as well as a popular tourism destination. As a result of this economic stagnation since the 19th century, it has not suffered from development and there has not been pressure to replace the older wooden buildings with new ones in modern materials. This has ensured that the town has retained its traditional urban tissue and is preserved in a remarkably intact state.

Hoi An Ancient Town has retained its traditional wooden architecture and townscape in terms of plot size, materials, façade and roof line. Its original street plan, with buildings backing on to the river, with its infrastructure of quays, canals and bridges in its original setting, also remains. The historic landscape setting is also intact, consisting of a coastal environment of river, seashore, dunes and islands.

Because most of the buildings were constructed in wood it is necessary for them to be repaired at intervals, and so many buildings with basic structures from the 17th and 18th centuries were renewed in the 19th century, using traditional methods of repair. There is currently no pressure to replace older buildings with new ones in modern materials such as concrete and corrugated iron.

Hoi An Ancient Town was classified as a National Cultural Heritage Site in 1985 and subsequently as a Special National Cultural Heritage Site under the Cultural Heritage Law of 2001 amended in 2009. The entire town is State property and is effectively protected by a number of relevant national laws and governmental decisions, such as: the Cultural Heritage Law (2001, amended 2009) and the Tourism Law (2005). The 1997 Hoi An Town Statute defines in regulations that are implemented by the Hoi An Center for Monuments Management and Preservation, the responsible agency of the People’s Committee for the management of the property. Day-to-day management involves collaboration with various stakeholders, to maintain the authenticity and integrity of the property and to monitor socio-economic activities within and adjacent to the property. The capacity of the professional staff has been and continues to be developed by many domestic and international training courses. Revenue from entrance tickets is invested directly in the management, preservation and promotion of the property. Management and preservation are further strengthened through master planning and action plans at the local level. There are also regular restoration and conservation programmes.

Multi-disciplinary research conducted by teams of international and national scholars has informed the conservation and interpretation of the town’s heritage. This research is on-going. Within the property boundary, the landscape, the townscape, the architecture and all material cultural artifacts are preserved.

A Management Plan was implemented at the time of nomination of the property, and is being kept up to date and reviewed as required by UNESCO to ensure that it remains effective.

The buffer zone is managed to protect the property from external threats. The potential adverse effects to the property caused by annual flooding and urbanization are being effectively controlled with the active participation of all authorities and the local community.

The Master Plan for the Hoi An Ancient town conservation, restoration and promotion together with the city and tourism development was approved by Prime Minister on 12 January 2012, covered the period until 2025.

Long-term management should aim to promote improvement in the living conditions for local residents. As tourism increases a strategy to manage it within the parameters of the site will be required. Strategies to deal with adverse effects of the climate are being developed and should be included in the Management Plan.

In the future, it is an aim to link the Hoi An Ancient Town with the adjacent UNESCO Cu Lao Cham Biosphere Reserve and to build Hoi An into a community integrating ecology, culture and tourism. 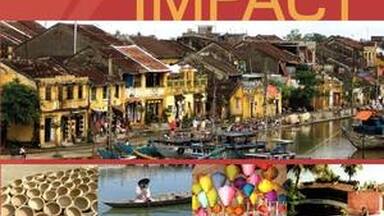 IMPACT publication: Cultural Tourism and Heritage Management in the world Heritage Site of the Ancient Town of Hoi An, viet Nam
News