The List Gusuku Sites and Related Properties of the ...
Print

Five hundred years of Ryukyuan history (12th-17th century) are represented by this group of sites and monuments. The ruins of the castles, on imposing elevated sites, are evidence for the social structure over much of that period, while the sacred sites provide mute testimony to the rare survival of an ancient form of religion into the modern age. The wide- ranging economic and cultural contacts of the Ryukyu Islands over that period gave rise to a unique culture. 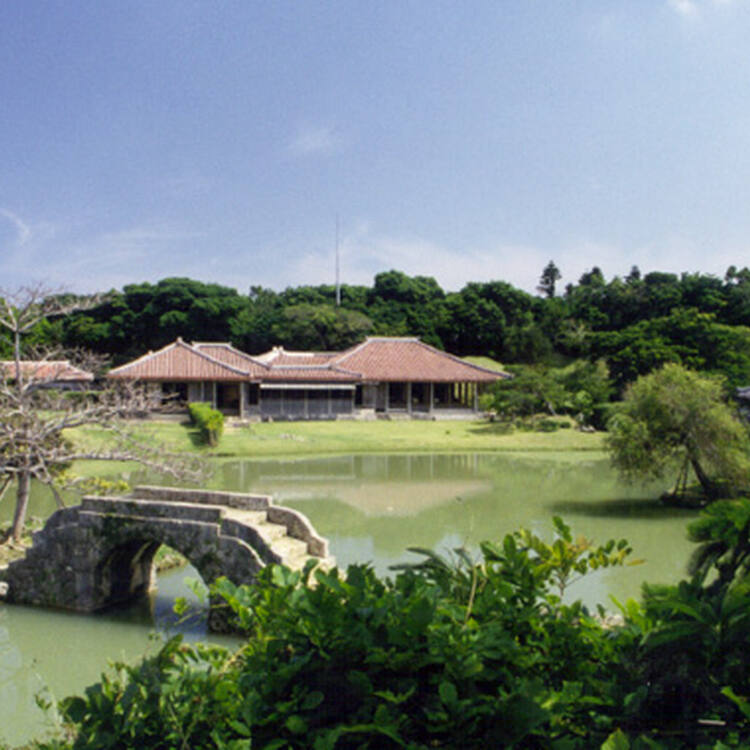 Five hundred years of Ryukyuan history (12th-17th centuries) are represented by this group of sites and monuments.

The nine component parts of the property include the sites and archaeological ruins of two stone monuments, five castles, and two cultural landscapes. They are scattered across Okinawa Island, collectively covering 54.9 ha. The surrounding buffer zone covers a total area of 559.7 ha.

In the 10th-12th centuries, Ryukyuan farming communities (gusuku) began to enclose their villages with simple stone walls for protection. From the 12th century onwards powerful groups known as aji began to emerge. They enlarged the defences of their own settlements, converting them into fortresses for their own households; these adopted the term gusuku to describe these formidable castles.

The castle ruins of the Gusuku sites on imposing elevated locations, are evidence for the social structure over much of that period, while the sacred sites provide mute testimony to the rare survival of an ancient form of religion into the modern age. The wide-ranging economic and cultural contacts of the Ryukyu Islands over that period gave rise to a unique culture.

Criterion (ii): For several centuries the Ryukyu islands served as a centre of economic and cultural interchange between south-east Asia, China, Korea, and Japan, and this is vividly demonstrated by the surviving monuments.

Criterion (iii): The culture of the Ryukyuan Kingdom evolved and flourished in a special political and economic environment, which gave its culture a unique quality.

Criterion (vi): The Ryukyu sacred sites constitute an exceptional example of an indigenous form of nature and ancestor worship that has survived intact into the modern age alongside other established world religions.

In Ryukyu there remain more than three hundred Gusuku sites and related assets, of which five Gusuku sites, two related monuments, and two cultural landscapes are included as component parts of the property. Each of the individual component parts of the property is an outstanding representative of the religious beliefs and activities unique to the Ryukyu cultural tradition. Moreover, they are self contained with their own boundaries and buffer zone. They embody not only the geographical and historical characteristics but also the political, economic, and cultural uniqueness of the kingdom’s five hundred years’ regime. They firmly maintain the top-quality wholeness and integrity of the property.

The entire region suffered considerable damage during the Second World War and reconstruction work has taken place on many of the component parts. In Japan the authenticity of the form/design and materials/substance of each part of the property remains at a very high level, as they have been rehabilitated and restored under strict rules for more than one hundred years. Authenticity of location/setting has been maintained in that none of the component parts of the property has been moved from its original location and traces of buildings discovered through archeological excavations have been preserved underground. Extensive measures have been taken to make it possible to differentiate original materials from those used for rehabilitation and restoration, while sufficient care has been taken in the course of choosing materials. In the immediate aftermath of the Second World War, there were some cases of using improper materials, but adequate steps have been taken to replace these with proper materials or to establish clear distinctions between proper and improper materials. All the projects for such procedures are based on detailed surveys and research conducted in advance.

The main hall of Shuri- jô was restored not only on the basis of the surveyed plans and photographs of the actual architecture as it was seen before its destruction by the wartime fire, but also in strict accordance with the findings of the excavation covering a wide area. The exact replica of the lost structure is now a great monument symbolizing the pride of the Ryukyu people.

Shikinaen was restored utilizing similar procedures, the royal villa and garden being recreated with great precision. The underground structural remains were excavated and documented with the utmost care and, when necessary, covered by layers of innocuous earth or sand in order to facilitate differentiation from the structure restored on the original site, thus protecting the existing remains from the work of restoration and rehabilitation while preserving them in good condition.

With respect to craftsmen’s skill, a high level and homogeneous authenticity is properly maintained and their traditional techniques are applied to all projects for restoration, rehabilitation and preservation on an extensive scale.

As described above, the property retains a high level of authenticity in terms of form/design, materials/substance, traditions/techniques, location/setting, function and spirit.

Each component part of the property is designated as an Important Cultural Property, a Historic Site or a Special Place of Scenic Beauty under the 1950 Law for the Protection of Cultural Properties and subjected to strict preservation and management.

The component parts of the property are owned either by the Government of Japan as a nation, a wide range of municipalities or, in some cases, particular private persons. Seifa-Utaki and Zakimi-jô are owned by the respective municipalities where they are located. Nakijin-jô, Katsuren-jô and Nakagusuku-jô are publicly owned for the most part except for a small portion under private ownership. Shuri-jô is a joint property of Japan and Okinawa Prefecture. Tamaudun is jointly owned by Okinawa Prefecture and Naha City. Sonohyan-Utaki-Ishimon and Shikinaen are owned by Naha City.

The Agency for Cultural Affairs is the agency with management authority responsibilities for preservation, repairs and utilization of those component parts are assumed by the respective owners and administrators. The Government of Japan and Okinawa Prefecture are authorized to provide necessary financial and technical assistance.

The Okinawa Prefecture is in the process of establishing itself as an internationally resort area promoting the unique natural setting and cultural tradition but the various development plans provide for the protection of the property’s component parts. In the buffer zones separating the individual component parts of the property, the height, design, coloring and other factors are also restricted according to the ordinances of the respective municipalities. In addition, almost all such buffer zones are included in the municipalities’ city park, which have been or are about to be put into effect with a view to improving the environments of the component parts and promoting exhibition to the public. Individual management plans are in place for the Nakijin-jô site, Nakagusuku-jô site and Katsuren-jô site, however an overall management plan for the entire inscribed property was lacking. Therefore, the Comprehensive Management Plan was established in 2013 by Okinawa Prefecture in cooperation with the municipal governments concerned, in order to ensure the long term conservation and protection of the property. 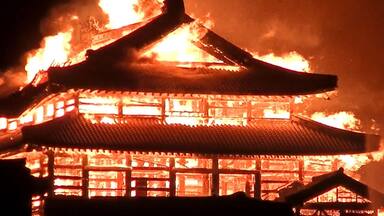 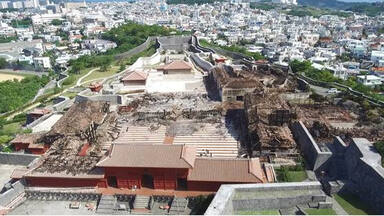 play_arrow Gusuku Sites and Related Properties of the Kingdom of ... (UNESCO/NHK)