Redwood National Park comprises a region of coastal mountains bordering the Pacific Ocean north of San Francisco. It is covered with a magnificent forest of coastal redwood trees, the tallest and most impressive trees in the world. The marine and land life are equally remarkable, in particular the sea lions, the bald eagle and the endangered California brown pelican. 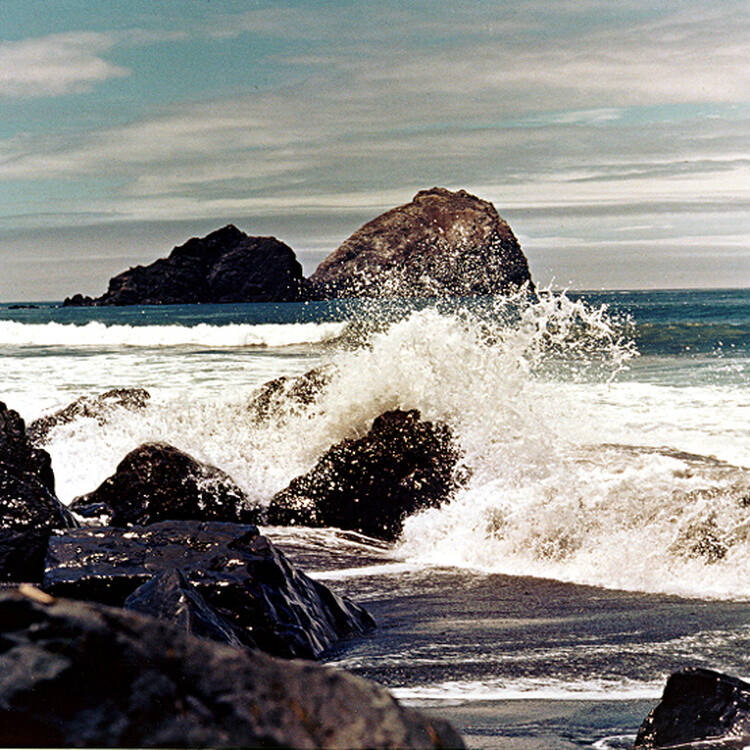 The parks’ primary feature is the coastal redwood forest, a surviving remnant of the group of trees that has existed for 160 million years and was once found throughout many of the moist temperate regions of the world, but is now confined to the wet regions of the west coast of North America. The parks contain some of the tallest and oldest known trees in the world. Rich intertidal, marine and freshwater stream flora and fauna are also present in the two distinctive physiographic environments of coastline and coastal mountains that include the old growth forest and stream communities.

Criterion (vii): Redwood National and State Parks comprise a region of coastal mountains bordering the Pacific Ocean. It is covered with a magnificent forest of Coast Redwoods (Sequoia sempervirens), the tallest living things and among the most impressive trees in the world. Several of the world's tallest known trees grow within the property.

The 16,442 hectares of old growth redwood forest in Redwood National and State Parks preserves some of the largest remaining contiguous ancient coast redwood forest in the world. However, at the time of inscription, the property also included approximately 15,400 hectares which had been intensively logged for coast redwoods and other old growth forest species. Much of the land that was added to the national park in 1978 was logged prior to inscription. The legislation expanding the park called for a watershed rehabilitation program to restore the damage caused by clearcutting. Uncut old growth forests in the site are being afforded maximum protection under laws and policies governing the management of all U.S. National Park Service units and California State Parks (CSP).

Some of the logged lands were replanted by timber companies, but typical post-logging silvicultural practices such as thinning were not completed after the lands became parklands. Other lands in the site were not planted but were allowed to regrow without any management. These stands of second-growth forest do not possess structural, ecological, and aesthetic characteristics typical of uncut old growth forests. Vegetation ecologists and foresters believe that development of late seral/old growth conditions will be delayed in some second growth stands unless silvicultural practices are employed. Because of the extent of past logging, thousands of hectares within the property do not possess the qualities that give outstanding international significance to the site or provide adequate habitat for threatened species such as the marbled murrelet. The National Park Service and California State Parks are developing plans to restore second growth forests and to shorten the time needed for logged forests to re-attain characteristics of late seral forests.

The watershed rehabilitation program has removed several hundred km of old logging roads that threatened the integrity and function of park watersheds. Redwood National and State Parks continue to work with private landowners to reduce threats to park resources by reducing the impacts from poorly constructed and maintained logging roads outside park boundaries.

The property includes 60 km of remote coastline that provides important habitat and breeding grounds for shorebirds, seabirds, marine mammals, and rockfish. The ocean waters off the coast of the property are additionally designated as the Redwood National Park Area of Special Biological Significance (ASBS) and are protected from waste discharges by regulations of the State Water Resources Control Board. However, the property does face an ongoing challenge from sea level rise, changes in ocean acidity, and invasive species.

Redwood National and State Parks are owned by the United States Government and by the State of California.

Redwood National Park was established by the U.S. Congress in 1968 to provide permanent protection of old growth redwood forests and associated ecosystems, including lands within three state parks established by the California Legislature in the 1920s (Prairie Creek Redwoods, Del Norte Coast Redwoods, and Jedediah Smith Redwoods). In establishing Redwood National Park with the three State Parks embedded within its boundaries, Congress established a federal park with a total acreage of 22,646 hectares. In 1978, Congress expanded the park to protect irreplaceable redwood forests from damaging upslope and upstream land uses. Congress acquired 19,281 hectares for a total park size of 41,927 hectares. Total area of old growth redwood forest inscribed in 1980 was 16,193 hectares.

In May 1994, the National Park Service and the California Department of Parks and Recreation signed a Cooperative Management Agreement to manage the four park units cooperatively as Redwood National and State Parks. The parks are managed in perpetuity for protection of resources and visitor enjoyment under Federal and State statutes. Redwood National Park is managed under the authority of the National Park Service Organic Act which established the United States National Park Service. In addition, the park has specific enabling legislation which provides broad congressional direction regarding the primary purposes of the park. Numerous other federal laws bring additional layers of protection to the park and its resources. Day to day management is directed by the Park Superintendent.

Management goals and objectives for the property have been developed through a joint General Management Plan/General Plan, which has been supplemented in recent years with more site-specific planning exercises as well as numerous plans for specific issues and resources. In addition, both the National Park Service and California State Parks have established Management Policies which provide broader direction for all National Park Service units and California State Park units, including Redwood National and State Parks.

The California State Parks also works closely with other land and water management agencies in larger northwest region of the State to protect shared resources. Long-term protection and effective management of the site from potential threats requires continued monitoring of resource conditions, such as through the NPS Inventory and Monitoring (I&M) program. The Klamath I&M network, of which Redwood is a part, has developed several “vital signs” to track a subset of physical, chemical and biological elements and processes selected to represent the overall health or condition of park resources. In Redwood, these vital signs include bird populations, invasive species, intertidal communities, terrestrial vegetation, land cover and land use, and others.

Park managers conduct planning and park operations with input and support from partners including scientific and educational institutions such as Humboldt State University, NGOs including Save the Redwoods League and Smith River Alliance, local land managers and stakeholders, and indigenous peoples, including the Yurok Tribe, Tolowa Dee-ni’ Nation, and Elk Valley Rancheria. These valuable and increasingly important partnerships help ensure that the redwood forests and associated ecosystems are well protected and where needed, implementation of restoration projects are funded to preserve in perpetuity these magnificent world resources.