The two sites included in the designation contain flora and fauna and key habitats that characterize the Cerrado – one of the world’s oldest and most diverse tropical ecosystems. For millennia, these sites have served as refuge for several species during periods of climate change and will be vital for maintaining the biodiversity of the Cerrado region during future climate fluctuations. 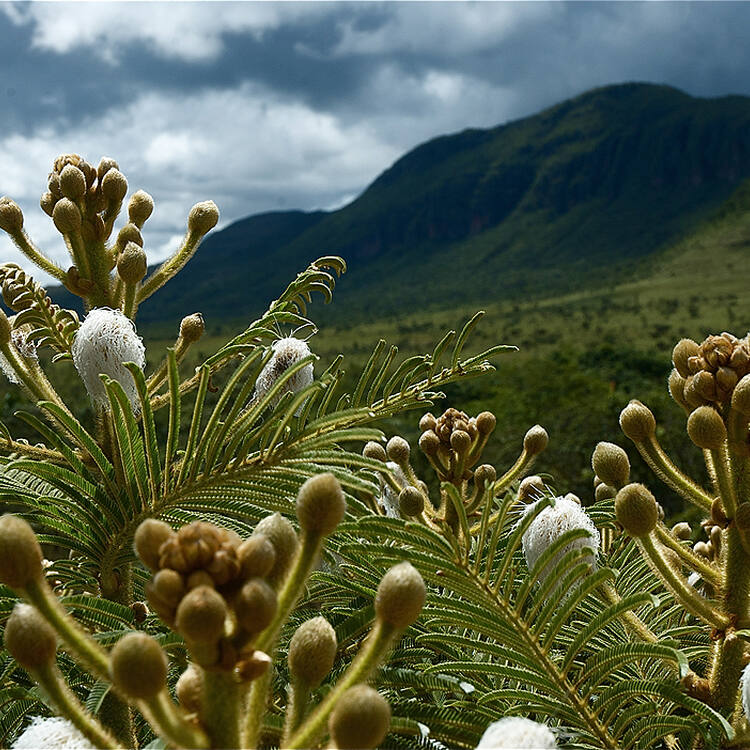 The site of the Cerrado Protected Areas includes the Chapada dos Veadeiros and Emas National Parks located in the Brazilian central plateau in the State of Goias. Both parks help protect the Cerrado biome, one of the oldest and most diverse ecosystems in the world.  For millennia, these sites have served as refuge for many rare and endemic species of fauna and flora, including during periods of climatic fluctuations. Both sites remain essential for maintaining the biodiversity in the Cerrado, especially in any future climate change scenario.

The flora of the Cerrado is rich. It includes between 350 and 400 species of vascular plants per hectare, including many endemic plants. The property also contains populations of large mammals, including the giant anteater, giant armadillo, maned wolf, jaguar and pampas deer, but also the rhea, the largest bird of South America. The site is also extremely important in maintaining the hydrological regime as, due to its geological features and soils, it is proving to be a key area for aquifer recharge and the alimentation of several watercourses that supply power to the Amazon basin and the Pantanal, in the basin of La Plata.

Criterion (ix): The current protected areas of the site played a key role for thousands of years in maintaining the biodiversity of the Cerrado ecoregion. Because of their central position and their altitudinal variation, they served as relatively stable refuges for species during climate changes that displaced the Cerrado along a north-south or east-west axis. This role of refuge for species continues. The climate marked by the two well-defined seasons (dry and wet), the recurrence of fires and the high concentration of aluminum, as well as the extremely acid and nutrient-deprived soil, have resulted in unique progressive adaptations in the flora and fauna.

Criterion (x): The site contains samples of all the key habitats that characterize the Cerrado ecoregion - one of the oldest tropical ecosystems of the Earth. It hosts more than 60% of all plant species and almost 80% of all vertebrate species observed in the Cerrado. All the endangered great mammals of the Cerrado are present, with the exception of the giant otter. In addition, the site is home to many rare small mammals and endemic birds of the Cerrado. Science continues to discover new species in this site.

All important areas essential to the long-term survival of key species, particularly the large predators, are found in the Chapada dos Veadeiros National Park (also protected by the "Environmental Protection Area of Pouso Alto” buffer zone) and in the Emas National Park. Although the Emas Park is almost completely surrounded by agricultural zones, its management aims to overcome the outside impacts, especially fires (although agricultural encroachment remains a problem). Research carried out in this site revealed that the large predators use it to feed and reproduce, which indicates that its dimensions are adequate to meet the biological needs of these species. Projects for the creation of biological corridors are under development to prevent these parks, especially Emas, from becoming islands surrounded by agricultural land.

Both parks are legally registered in the "Integral Protection Group" within the "National System of Conservation Units" of Brazil, equivalent to an IUCN Category II Protected Area. This allows only the indirect use of their natural resources. The management of these areas is ensured by the Chico Mendes Institute for Biodiversity Conservation (ICMBio), an independent federal agency under the Ministry of Environment and responsible for the protection of the Brazilian natural heritage.

In the 1990s, the management of the National Parks of Chapada dos Veadeiros and Emas included emergency plans. At the same time, certain actions were developed in order to promote economic alternatives for the surrounding population through partnerships with non-government organizations. In 2004 and 2009, management plans were elaborated respectively for the Emas and Chapada dos Veadeiros National Parks. These plans were developed in collaboration with all stakeholders, including the prefectures, owners, local residents and tourism associations. Their goal was to economically integrate society in the activities of the Park, for sustainable tourism, while discouraging illegal activities in and around its perimeter.

Several projects, including the "Ecological Corridor Cerrado-Pantanal" which aims to improve connectivity and environmental education in the Emas National Park and the "Ecological Corridor Paranã-Pirineus", in the framework of the biosphere reserve of the Cerrado, seek to increase environmental connectivity and support sustainable economic policies, such as ecotourism.

Some key challenges for the management of the property are the fight against fires, agricultural expansion, mining exploitation, plant extraction, hunting and uncontrolled tourism. All these threats have been significantly mitigated for some time. One of the emerging threats to the Emas National Park is the increasing presence of alien herbaceous species.  Upon inscription of the site, only the perimeter of the park was affected, however a monitoring and prevention system against any new invasion has become necessary. 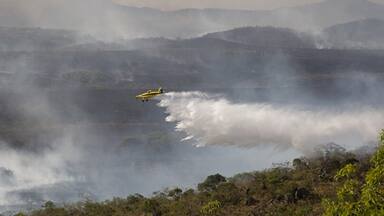