Stretching over more than 600,000 ha along the Myanmar border, the sanctuaries, which are relatively intact, contain examples of almost all the forest types of continental South-East Asia. They are home to a very diverse array of animals, including 77% of the large mammals (especially elephants and tigers), 50% of the large birds and 33% of the land vertebrates to be found in this region. 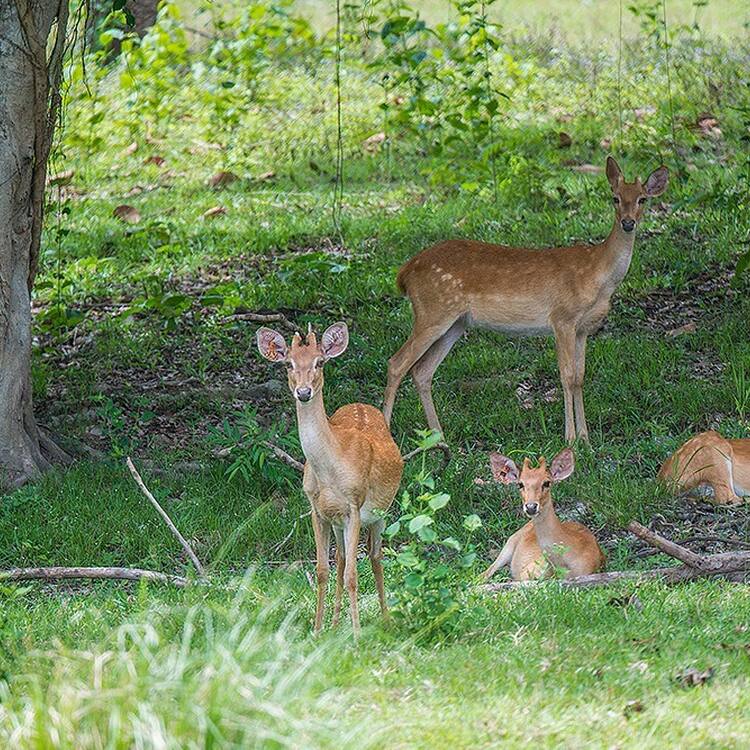 The flora and fauna of the sanctuaries include associations found nowhere else, with many species of exclusively Sino-Himalayan, Sundaic, Indo-Burmese, and Indo-Chinese affinities, intermingling within the property. Many of these are rare, endangered, or endemic. The sanctuary’s importance as a conservation area lies in the heterogeneity and integrity of its habitats, the diversity of its flora and fauna, and the complexity of its ecosystem. The property contains exceptional natural beauty and aesthetic importance with steep sided valleys and impressive mountain peaks interspersed with small lowland plains. The scenic beauty of the property is exceptional, enhanced by the sight of a host of tributary streams and waterfalls, the unique mosaic of forest types and the sweeping spectacles of variations of colour, form, and foliage.

Criterion (ix): Thung Yai-Huai Kha Khaeng Wildlife Sanctuary represents an outstanding and unique biome in mainland Southeast Asia, combining Sino-Himalayan, Sundaic, Indo-Burmese, and Indo-Chinese biogeography elements, with the flora and fauna characteristics of all four zones. The property encompasses significant ecological and biological processes, including habitats and biological features such as limestone habitats, mineral-licks, wetlands, and sink-holes. The savanna forest of Thung Yai is the most complete and secure example of Southeast Asia’s dry tropical forest.

Criterion (x): Thung Yai-Huai Kha Khaeng Wildlife Sanctuary has exceptional species and habitat diversity. The property supports many wild plant and animal relatives of domestic species, with many reaching the limits of their distributions in the sanctuary. Species lists have been compiled, which include 120 mammals, 400 birds, 96 reptiles, 43 amphibians, and 113 freshwater fish. In addition to many regional endemic species and some 28 internationally threatened species, at least one-third of all mainland Southeast Asia’s known mammals are represented within the boundaries of the property, providing the major stronghold for the long-term survival of many species.

Thung Yai-Huai Kha Khaeng Wildlife Sanctuary covers 622,200 hectares and incorporates two intact river systems whose watersheds are largely encompassed by the properties boundaries. Both banks of the rivers are well protected – a rare sight to find in Asia. The size of the property adequately ensures complete representations of habitats and ecological processes and the total area protected is larger than any other legally protected, single forest conservation area in mainland Southeast Asia.

The property incorporates near pristine examples of most of the principal inland forest formations found in continental Southeast Asia, including the dry tropical forest ecosystem, which is more critically endangered than the region’s equatorial rain forest. The continued existence of many species that are vulnerable to human threats is tangible testament to the integrity of the property. However, impacts from development pressures, dam and mining projects, which facilitate access to the property and illegal poaching, continue to impact the property. Legislation and management measures are in place to address these impacts.

The Wild Animal Reservation and Protection Act B.E.2535 (1992), enforced by the Department of National Parks, Wildlife and Plant Conservation (DNP), provides the strongest legal framework for the protection of the property. The property combines two contiguous sanctuaries, Thung Yai Naresuan and Huai Kha Khang, separately established as wildlife sanctuaries in 1972 and 1974, respectively. Adjacent to a number of other protected areas, the property’s location provides additional protection.

Management and protection activities are carried out under the framework of the National Wildlife Conservation Master Plan, the management plan for the property, and an on-going living landscape programme that has developed active management approaches to address conservation challenges. The Thai Government allocates an annual budget for managing the property, along with permanent staff, equipment, and support to several research programmes in the area.

The legal basis for the protection of the property is adequate and DNP is responsible for management of both component areas of the property. The size and topography of the area have led to a good system of guard stations, despite constraints on sufficiently trained staff and equipment.

Maintaining long-term conservation of wildlife and keeping the ecosystems in Thung Yai – Huai Kha Khaeng Wildlife Sanctuary intact and healthy greatly depends on the quality of management. The Thai government is committed to on-going investment in enhancing protection of the property. Public support and increased investments in the management of the property have increased management capabilities.

Poaching remains one of the biggest threats to the values of the property and continues to be a problem, while deforestation in some parts of the buffer zone also remains an issue. The managing agency has introduced measures of positive management including an extensive system of guard stations and patrols. There are regular meetings between the wildlife sanctuary staff and local village chiefs to discuss conservation issues, and many nearby residents are employed as support staff.

Conservation awareness activities have been initiated, and a research facility has also been set up. Continued development pressures in the area, including agricultural development, dam projects and mining to the east and south of the property involving road construction, facilitate access to the property and enable poaching to continue. 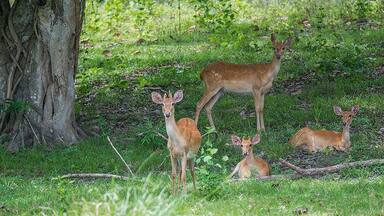