What does it finance?

The World Heritage Committee allocates most of the budget of the World Heritage Fund for the services of the Advisory Bodies on one hand, and for International Assistance on the other hand.

These resources are complemented by various types of voluntary contributions provided by governments, foundations, private sector, or the general public.

Letters for assessed contributions to the World Heritage Fund for 2022

The corresponding statements of contributions are updated and published every month.

It is also possible to make unrestricted voluntary contributions, whether you are a State Party, a private entity or an individual.

arrow_forward Online donations can be made here

For States Parties, these contributions can be made in accordance with one of the following options recommended by the General Assembly of States Parties to the World Heritage Convention in its Resolution 19 GA 8:

Voluntary contributions to the sub-accounts of the World Heritage Fund

This sub-account has been in operation since 1995. The funds received under this sub-account are allocated to specific activities, in line with the purposes defined by the World Heritage Committee.

This sub-account has been in operation since 1995. The funds received under this sub-account are allocated to World Heritage activities related to communication, partnerships and education.

This sub-account has been created in 2017 by the World Heritage Committee, via its Decision 41 COM 9A. The funds received under this sub-account are allocated to requests for upstream support.

Sub-account for the evaluation of nominations

This sub-account has been created in 2019 by the World Heritage Committee, via its Decision 43 COM 14. The funds received under this sub-account are allocated to the funding of evaluation of nominations. 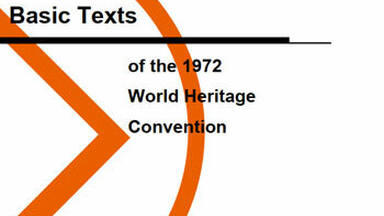 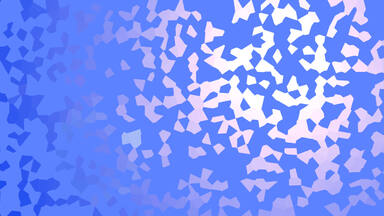 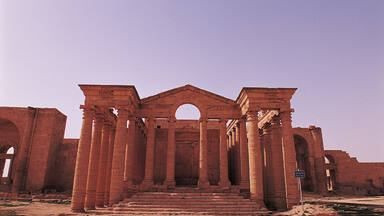 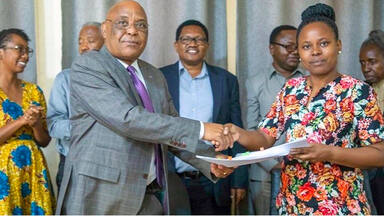 9. Also takes note with appreciation of the two-year Resource Mobilization and Communication (RMC) Plan developed by the Secretariat and of its report thereof;
10. Congratulates the World Heritage Centre for its efforts on extrabudgetary resource mobilization and innovative fund raising approaches, and encourages all States Parties to support these initiatives for the benefit of the Convention;
11. Warmly thanks the States Parties who have contributed to the funding of the evaluation or monitoring missions undertaken by the Advisory Bodies, and calls upon all States Parties to consider following these examples;
12. Takes note with appreciation of the mechanism for funding evaluation of nominations by the Advisory Bodies, proposed by Norway in 2018 as a measure towards ensuring the sustainability of the World Heritage Fund and shifting resources to conservation activities;
13. Decides to adopt the mechanism, starting with nominations submitted from 1 February 2020, and to include it in the Operational Guidelines, with the following modalities:
a) It will consist in the payment of a voluntary contribution by States Parties submitting new nominations, taking into account the average costs of evaluations as indicated by the Secretariat (currently starting from US$ 22,000 for a regular nomination and US$ 44,000 for mixed sites and complex serial/transnational sites);
b) No contributions would be expected from Least Developed Countries or Low-Income Economies (as defined by the United Nations Economic and Social Council's Committee for Development Policy), Lower Middle-Income Countries as defined by the World Bank, Small Island Developing States and States Parties in conflict or post-conflict situations;
c) The contributions are expected to be made after the nomination enters the evaluation cycle further to a positive outcome of the completeness check;
d) This mechanism shall not impact on the Advisory Bodies’ objective evaluation of sites nor the priority of handling nominations which will be based on the Operational Guidelines;
e) The contributions shall be made to a new dedicated sub-account of the World Heritage Fund established to this end;
14. Requests the Secretariat to take the necessary steps to establish the new sub-account and to provide information to the States Parties on the practical modalities for payment before the end of 2019;
15. Also requests the World Heritage Centre to report on the implementation of this decision as well as on the status of implementation of the “Roadmap for Sustainability of the World Heritage Fund” at its 44th session in 2020.


[1] Option 1: Increasing the standard percentage used in the calculation of the contributions to the World Heritage Fund from 1% to 2%,

Option 3.1: Increasing the contributions by a flat rate of US$3,300 per property inscribed,

Option 3.2: Increasing the contributions by an additional 4% of the current assessed contribution per property inscribed,

Option 3.3: Increasing the contributions by an additional amount per property inscribed, according to a percentage increasing with the number of properties inscribed,

Option 3.4: Increasing the contributions by an additional amount per property inscribed, according to a percentage decreasing with the number of properties inscribed,

Option 4: Increasing the contributions on the basis of the number of tourists arrivals at World Heritage Sites,

This Strategy is developed further to the Roadmap for the sustainability of the World Heritage Fund adopted by the World Heritage Committee at its 41st session in 2017 and the Committee’s Decision 41 COM 14 paragraph 23 which recommended the development of a “long-term vision and strategy for effective resource mobilization and communication, taking into account all streams of funding”. The Strategy was developed by the Ad-hoc group 2017-2018, for examination by the World Heritage Committee at its 42nd session (Bahrain, 2018). The Strategy is established for the period 2018-2025 (8 years). It sets a target and timeline for the first 4-year period. After review of the results in 4 years, targets may be adjusted for the second quadrennial period. The Secretariat will provide a synthetic progress report to the Committee at its 44th session in 2020.

New and increased threats for World Heritage: the impact of large-scale development projects and of conflicts and natural disasters at World Heritage sites generate new demands for support from States Parties and for engagement with partners.

Context of substantially reduced regular budget combined with a general trend of constrained Official Development Assistance (ODA) and diminishing extrabudgetary mobilisation: while some new donors have emerged in the recent past, especially from the private sector, the Convention still depends on a limited number of donors, mostly bilateral government funding partners, which exposes to financial vulnerability.

Trend of strongly earmarked contributions for specific operational projects: often tied to thematic or geographic priorities and bringing immediate results and visibility to the donors, they are more appealing than the core statutory functions or reinforcement of the World Heritage Centre’s staff. Resource mobilization for statutory Funds, financed by Member States’ assessed and non-earmarked contributions, is a very challenging task, as the interest expressed by external donors in such mechanisms varies between very little to none (as proven by experience of other conventions and funds).

Focus of the Strategy: ensuring the necessary critical mass of resources to sustain the implementation of the World Heritage Convention, both at the statutory and operational levels.

Timeline: 2018-2021 (two biennia)
The proposed timeline corresponds to the medium term period set in the Roadmap for the Sustainability of the World Heritage Fund. This should allow a reasonable timeframe for implementation and achieving more tangible results.


As indicated in the situational analysis, there is a very low probability that fund-raising for the World Heritage Fund itself, from external donors, can bring spectacular results. It is therefore considered that if efforts, staff time and financial means are invested in resource mobilization, the target should be dual, in line with the vision statement and objectives above.

Rationale: The long-term target for the Fund, set by the Roadmap, is US$ 6,900 per site inscribed and per year, as it was in 1996. In mathematical terms, this would mean that the Fund should amount to US$ 7,403,700 per calendar year (2018 being taken as a basis for calculation). However, the actual approved Expenditure plan for 2018 amounts to US$ 2,658,438. This leaves a gap of US$ 4,745,000 per calendar year, between the current situation and the target set by the Roadmap. Keeping in mind the considerations in the situational analysis, and the fact that the amount of additional voluntary contributions by States Parties to the Fund has been an average of US$ 70, 000 per calendar year, it is considered that a more modest, realistic and achievable target should be set for 2018-2021. The amount per calendar year proposed as target for the Fund by this Strategy will represent an increase of more than 250% of the current level of additional voluntary contributions.

The Strategy builds on the new UNESCO Resource Mobilization strategy adopted by the 204th session of the Executive Board of UNESCO, the Structured Financing Dialogue (SFD) principles as well the Culture Sector overall resource mobilization approach. To ensure efficiency and avoid repetition, it is understood that the implementation of the Strategy will be fully aligned with the priorities, principles and methodology outlined in the above documents, without integrating them specifically in this strategy. It is also understood that the Partnership for conservation (PACT) strategy adopted by the World Heritage Committee in 2013, which concerns resource mobilization with the private sector, will remain fully valid and will continue to be implemented accordingly, in conjunction with this Strategy and the above mentioned UNESCO strategy and frameworks.

For a prospective stakeholder to become a (good) donor, there must be:

Identifying and broadening the stakeholder group to ensure sustainability and continuity

42.Requests the World Heritage Centre to submit a report on implementation of this decision at its 42nd session in 2018.


Roadmap for Sustainability of the World Heritage Fund

Mission: To enhance the system of World Heritage protection and strengthen implementation of the Convention equitably and sustainably