Shiretoko Peninsula is located in the north-east of Hokkaido, the northernmost island of Japan. The site includes the land from the central part of the peninsula to its tip (Shiretoko Cape) and the surrounding marine area. It provides an outstanding example of the interaction of marine and terrestrial ecosystems as well as extraordinary ecosystem productivity, largely influenced by the formation of seasonal sea ice at the lowest latitude in the northern hemisphere. It has particular importance for a number of marine and terrestrial species, some of them endangered and endemic, such as Blackiston’s fish owl and the Viola kitamiana plant. The site is globally important for threatened seabirds and migratory birds, a number of salmonid species, and for marine mammals including Steller’s sea lion and some cetacean species. 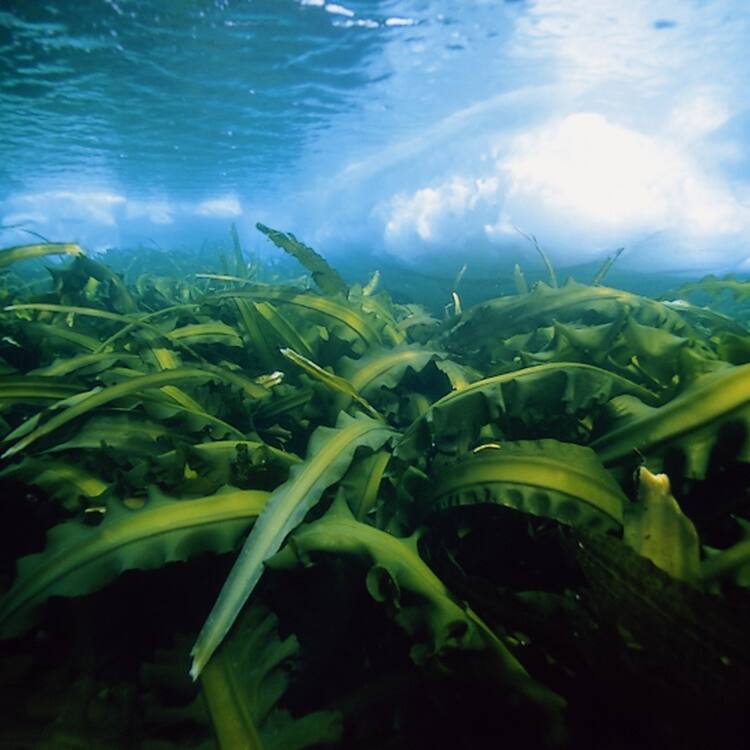 Shiretoko is one of the richest integrated ecosystems in the world. Encompassing both terrestrial and marine areas the property is located in the northeast of Hokkaido and is comprised of a part of the Shiretoko Peninsula, which protrudes into the Sea of Okhotsk and the surrounding marine areas.

The extraordinarily high productivity of the marine and terrestrial component of the property, produced and largely influenced by the formation of seasonal sea ice at the lowest latitude in the northern hemisphere, and the prominent interaction between the marine and terrestrial ecosystems are the key features of Shiretoko. The supply of nutrient-rich intermediate water resulting from the formation of sea ice in the Sea of Okhotsk allows successive primary trophic productions including blooms of phytoplankton in early spring, which underpins Shiretoko’s marine ecosystem. This in turn sustains the food sources for terrestrial species, including the brown bear and Blakiston’s fish-owl, through salmonid species swimming upstream to spawn. The property is globally important for a number of marine species, globally threatened seabirds and migratory birds.

The terrestrial ecosystem has various types of virgin vegetation reflecting the complex topography and weather conditions of the property, and serves as a habitat for a rich and diverse range of fauna and flora including endangered and endemic species such as Viola kitamiana.

Criterion (ix): Shiretoko provides an outstanding example of the interaction of marine and terrestrial ecosystems as well as extraordinary ecosystem productivity, largely influenced by the formation of seasonal sea ice at the lowest latitude in the northern hemisphere, occurring earlier here than in other sea ice areas.Illustrating ecological processes, phytoplankton blooms develop on the nutrients supplied by the melting sea ice and from the deep ocean, entering the system through circulation of currents. The food webs starting from the phytoplankton blooms involve fish, birds and mammals, and form dynamic ecosystems over ocean, rivers and forests.

Criterion (x): Shiretoko has particular importance for a number of marine and terrestrial species. Combining northern species from the continent and southern species from Honshu, the property supports a range of animal species. These include a number of endangered and endemic species, such as the Blackiston’s Fish owl and the plant species Viola kitamiana. The property has one of the highest recorded densities of brown bear populations in the world. The property has significance as a habitat for globally threatened sea birds and is a globally important area for migratory birds.

Shiretoko is also globally important for a number of salmonid species, encompassing habitat in many small watersheds and supporting several species of Pacific salmonids, including White spotted charr, masu salmon, chum salmon and pink salmon. Those watersheds have specific importance as it is the southernmost habitat in the world for the sea run of the Dolly varden.

The property is a seasonal habitat for a number of marine mammals including the Steller’s sea lion, Spotted Seal, Killer Whale, Minke Whale, Sperm Whale, Dall’s Porpoise and the endangered Fin Whale.

The boundaries of the property follow the existing legally designated protected areas and covering 71,100 ha in area, they embrace all of the conserved areas of the integrated ecosystem, comprising an extremely rich marine and terrestrial ecosystem, sufficiently encompassing all the key terrestrial values of the property and the key marine ecological area for marine biodiversity. The terrestrial boundaries are logical and protect key terrestrial features while the marine boundaries extend 3 km from the shoreline, corresponding to the depth of 200 meters, which encompasses the key marine ecological area for marine biodiversity.

The region’s vitally important fishing industry has been undertaken in the area for a considerable amount of time and recent efforts to ensure sustainability will help to ensure valuable economic input to the region while attempting to ensure conservation of the natural values. Extensive consultation with local stakeholders and the development of the Multiple Use Integrated Marine Management Plan are also assisting management authorities to achieve the goal of a sustainable industry and continued long-term conservation.

The terrestrial boundaries of the property protect key features on the land, from the coastline to the mountain peaks, 1,600 m high. Most of the terrestrial area is in a natural or semi-natural condition and the property’s physical features continue to retain a high degree of natural integrity. Management agencies possess adequate resources to implement the provisions of the management plan including strategies to address the high density of both bear and sika deer populations.

Shiretoko is protected by a number of national laws and regulations, including the Nature Conservation Law (1972), the Natural Parks Law (1957), the Law on Administration and Management of National Forests (1951) and the Law for the Conservation of Endangered Species of Wild Fauna and Flora (Species Conservation Law for short) (1992). In addition to these laws, the marine component is protected by regulations covering issues such as fishing and marine pollution, and is managed in accordance with, among others, the Regulation of Sea Fisheries Adjustment in Hokkaido based on the Fisheries Law.

Rare and endangered species found within the property, such as the Steller’s Sea Eagle, White-tailed Eagle, and Blakiston’s Fish-Owl, are also designated and legally protected as National Endangered Species of Wild Fauna and Flora based on the Species Conservation Law and/or as Natural Monuments based on the Law for the Protection of Cultural Properties.

Most of the terrestrial area of the property lies within the national forest owned and managed by the national government and is designated in the following protected areas: Onnebetsudake Wilderness Area, Shiretoko National Park, Shiretoko National Wildlife Protection Area, and Shiretoko Forest Ecosystem Reserve. The property is classified into Area A (previously called a core area) and Area B (previously called a buffer area) for management purposes with Area A protecting and preserving wilderness and Area B maintaining the natural environment in harmony with human activities such as tourism and fisheries. Area A consists of specially protected areas including Onnebetsudake Wilderness Area, the Special Protection Zone of the Shiretoko National Park and Preservation Zone of Shiretoko Forest Ecosystem Reserve. Each of these designations represents an effective system of protection for Japan’s rich natural environment, and as a whole, constitutes a comprehensive administration system for the property with strict legal restrictions on development and other activities.

The Ministry of the Environment, the Forestry Agency, the Agency for Cultural Affairs, and the Hokkaido prefectural government are responsible for their respective systems related to the conservation and administration of the property. They developed the Management Plan for the Shiretoko World Natural Heritage Site to ensure smooth management of the multi-tiered protected areas and species, and the property is managed as a unit based on this plan. In addition, relevant government agencies and local governments established the Shiretoko World Natural Heritage Site Regional Liaison Committee with the participation of various stakeholders, to promote conservation management of the property through effective collaboration and cooperation with the local community. Also, the Shiretoko World Natural Heritage Site Scientific Council, consisting of scientists and experts, was established and has been promoting adaptive conservation management of the property that reflects scientific knowledge.

Tourism is an increasingly important issue within the property. Large numbers of tourists visit the property in summer and the numbers of tourists are also increasing in winter to view the sea ice. A consolidated ecotourism strategy, based on the protection of the natural values of the property, the promotion of high quality nature based experiences for visitors and promotion of the local economic development is required to ensure conservation of the property values. For this reason, the local offices of the Ministry of the Environment and the Forestry Agency together with Hokkaido prefectural government established the Committee on the Proper Use of Nature and Ecotourism, which covers both the Regional Liaison Committee and the Scientific Council. They started formulation of Shiretoko Ecotourism Strategy in 2010.

Other issues impacting the property, such as the effect of the fishery industry on the marine ecosystem, the impact of river constructions including check dams and erosion control dams on salmon migration for spawning, the impact on vegetation of grazing pressure of the densely-populated sika deer, and conflicts between local residents or tourists and brown bears including agricultural and fishery damage are being addressed based on the scientific knowledge of working groups established under the Scientific Council. Measures to address these issues are being taken reflecting the views and opinions of local stakeholders who have shown a strong commitment at all levels to ensuring the Outstanding Universal Values of the property are maintained. The Sika Deer Management Plan in the Shiretoko Peninsula was established to address sika deer issues, and the Multiple Use Integrated Marine Management Plan for Shiretoko World Natural Heritage Site was developed, on the basis of fisheries-related laws and autonomous management by fishermen. Subsequently, the revised Management Plan for the Shiretoko World Natural Heritage Site (2009) was formulated to integrate all individual plans. Furthermore, the Conservation Management Policy for Brown Bears on the Shiretoko Peninsula and the Second Sika Deer Management Plan in the Shiretoko Peninsula were established in 2012. The Multiple Use Integrated Marine Management Plan is currently under review and the second Marine Management Plan is being formulated.

The long-term effects of climate change are unclear, but given the complex interactions within the property between the marine and terrestrial ecosystems and the reliance of the system on the seasonal sea ice, the effects of climate change are of concern. In order to respond to those effects, monitoring activities are ongoing based on advice from the Scientific Council. 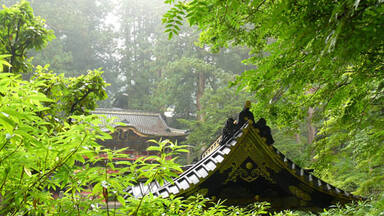