Cocos Island National Park, located 550 km off the Pacific coast of Costa Rica, is the only island in the tropical eastern Pacific with a tropical rainforest. Its position as the first point of contact with the northern equatorial counter-current, and the myriad interactions between the island and the surrounding marine ecosystem, make the area an ideal laboratory for the study of biological processes. The underwater world of the national park has become famous due to the attraction it holds for divers, who rate it as one of the best places in the world to view large pelagic species such as sharks, rays, tuna and dolphins. 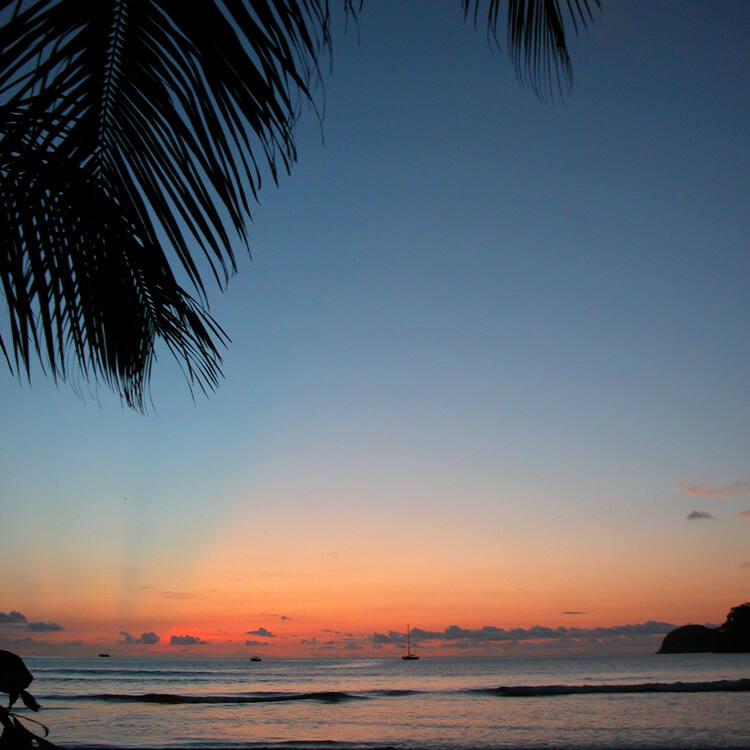 Natural population densities of large top predators indicate a near pristine conservation status of a property that is among the most important sites in the Eastern Tropical Pacific for the protection of large pelagic migratory species, such as the endangered Scalloped Hammerhead Shark and the near-threatened Silky Shark and Galapagos Shark. Due to its geographical position, the oceanic island of volcanic origin is the first landmark met by the North Equatorial Countercurrent and a point of confluence of other marine currents. This makes it a dispersing centre of larvae of marine species from various parts of the Pacific Ocean. In its land portion, the property hosts a remarkable degree of endemism across most diverse taxonomic groups. There are, for instance, three endemic bird species, two endemic freshwater fish and two endemic reptile species. Cocos Island National Park is of irreplaceable global conservation value, reminding us what parts of tropical oceans historically looked like.

Criterion (ix): The property harbours a rare and complex mosaic of land and sea environments, including forested mountains, rivers, waterfalls, estuaries, cliffs, sandy and rocky beaches, bays, and extensive and highly diverse coral reefs and pelagic environments. The oceanic island, more than 500 kilometers off the continent, is mostly occupied by tropical rainforest and, from around 500 m.a.s.l. to the highest elevation at 634 m.a.s.l., by cloud forest. The isolation has been allowing ongoing evolutionary processes on land, giving origin to countless endemic species in the most diverse taxonomic groups, including several vertebrate species. The geographic location at the meeting point of the North Equatorial Countercurrent with other major marine currents and the ecological interactions between a remote island and the surrounding marine ecosystems are of major scientific importance. The currents and the island affect the movements and distribution of the many migratory marine species aggregating for feeding and reproduction in the waters around the island. The property serves as a dispersion centre of larvae of numerous marine species coming from the entire Pacific. The islets and rocks around the main island are reported to also serve as important cleaning stations, i.e. pelagic species aggregate to have parasites removed by specialised fish and other species.

Criterion (x): The small island supports the only tropical forest ecosystem located on an oceanic island within the Tropical Eastern Pacific. It is home to some 70 endemic species of vascular plants and several endemic animals, including three birds, two reptiles and even two freshwater fish. Smaller satellite rocks around the island support nesting and resting habitats for numerous migratory and resident bird species. However, the main species conservation value derives from critical marine habitat and the corresponding role of the property in the conservation of large pelagic species, especially several species of sharks. Among the latter are exceptional aggregations of the near-threatened Silky and Lemon Shark, the vulnerable Bigeye Thresher Shark and Galapagos Shark, the emblematic and endangered Hammerhead Shark, as well as White-tip Reef Shark and Black-tip Shark. Among some 300 recorded fish species are important aggregations of large pelagic fish, such as the vulnerable Whale Shark and Blue Marlin, as well as Sailfish Broadbill Swordfish, Shortbill Spearfish, Giant Manta Ray and Pelagic Stingray. Blue Whale and Bottlenose Dolphin are among the visiting marine mammals.

The isolation of Cocos Island National Park contributes to the safeguarding of evolutionary processes, which are the basis of the notable richness and abundance of land and marine life forms. Provided that alien invasive species of both flora and fauna can be controlled, the conservation prospects on land are promising. In the marine areas, the large aggregations of top predators, including but not limited to numerous shark species, demonstrate the integrity within an intensively fished marine region. The entire property is one of the rare marine no-take areas and as such makes an invaluable contribution to conservation as a safe haven for marine life, and as a nursery and dispersal centre – provided illegal fishing can be kept at bay. While many of the aggregations occur in a relatively small area within the property, the marine limits fail to do justice to the life cycles of the many migratory species. Cocos Island National Park cannot achieve the long-term conservation of species indiscriminately exploited in the wider Eastern Tropical Pacific and elsewhere. The critical factor for the long run integrity not only requires adequate management of the property but also sustainable fishing levels outside of it. The Eastern Tropical Pacific Marine Corridor provides a highly needed framework for international cooperation in this regard.

While there is no evidence of pre-Columbian occupation, fishermen, pirates, whalers, commercial sailors and scientific expeditions have long used Cocos Island as shelter and to procure fresh water. Attempts to settle the island include a brief episode of running a prison, but eventually all such attempts have been unsuccessful. Today the human presence is restricted to a rotating group of conservation staff, tourists, and visiting scientists. The entire property is strictly protected by law, state-owned and managed by Costa Rica’s National Park Service under the Ministry of Environment and Energy in cooperation with other governmental and non-governmental institutions, such as the “Friends of Cocos Island Foundation”. Any extraction of marine resources and all commercial, industrial or agricultural activities are banned. Management planning guides interventions with a focus on planning of public use and tourism, protection of sensitive sites, alien invasive species, scientific research, and the review of relevant legislation. Sufficient staff and funding is needed to secure adequate operations, which is costly due to the remote location.

On land, the main threats are invasive alien species of both flora and fauna. While no mammals originally existed on the island, deer, wild boar, cats and rats have been introduced with complex effects on the ecosystems, as well-documented from small island settings around the globe. Temporary settlers brought plants like guinea grass and coffee. The latter has since been invading the understory of the forests. Continuous monitoring and management are needed to eradicate alien invasive species to the degree possible and to prevent new invasions through and strict and enforced protocols for all visitors to the island. In the waters, illegal fishing is common despite efforts by national authorities and non-governmental organizations. Therefore, continuous monitoring and law enforcement is needed, as is awareness-raising with the fishing industry. Tourism activities around the island, mostly recreational diving, likewise require adequate monitoring and control to prevent disturbance in the highly localised areas of major aggregations of fish, as well as littering and other pollution caused by passing vessels and yachts. Following the 1982/1983 El Niño event, about 90 percent of the coral reefs of Cocos National Park died off, a dramatic reminder how protected areas can be affected by events far beyond their boundaries. Eventually, for conservation to be effective in the long term, measures are needed at a much larger geographical scale. These measures could include extensions, buffer zones and, at the international level, coordination and cooperation with other marine protected areas in the Eastern Tropical Pacific, including World Heritage properties in Colombia, Ecuador and Panama. 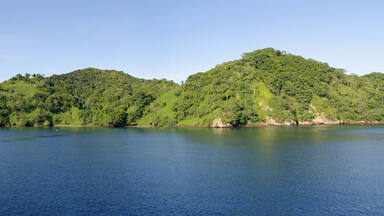 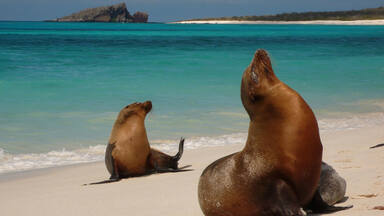 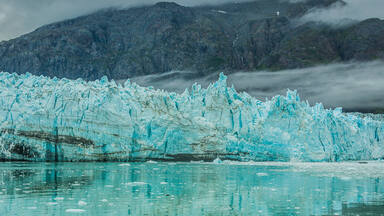 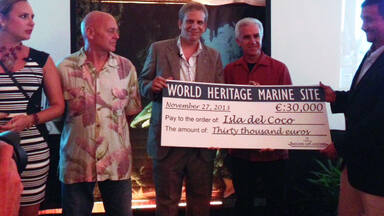