The List Residences of the Royal House of Savoy
Print

When Emmanuel-Philibert, Duke of Savoy, moved his capital to Turin in 1562, he began a vast series of building projects (continued by his successors) to demonstrate the power of the ruling house. This outstanding complex of buildings, designed and embellished by the leading architects and artists of the time, radiates out into the surrounding countryside from the Royal Palace in the 'Command Area' of Turin to include many country residences and hunting lodges. 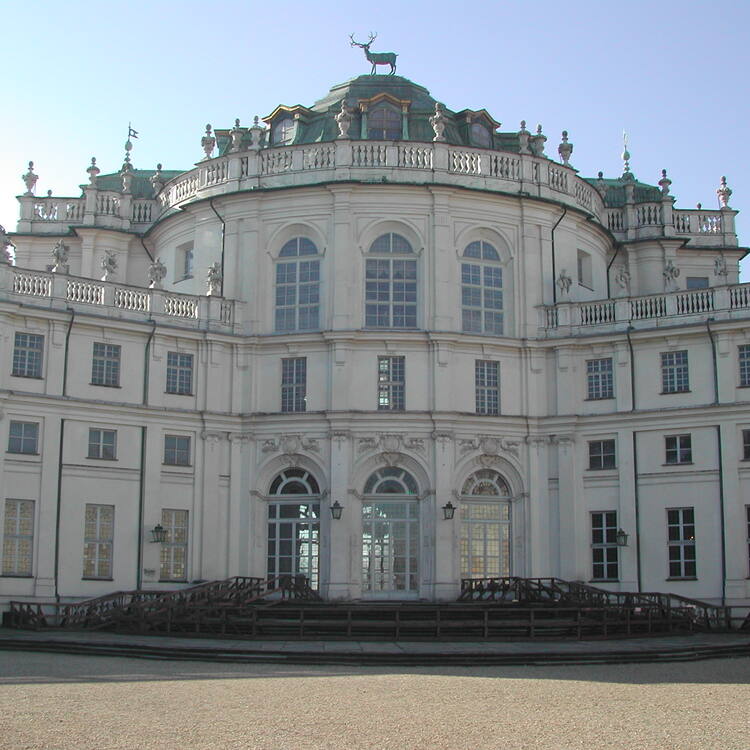 Residences of the Royal House of Savoy (Italy) © UNESCO

The Residences of the Royal House of Savoy comprise a large serial inscription of estates including 22 palaces and villas developed for administrative and recreational purposes in and around Turin by the dukes of Savoy from 1562. Eleven of the components of the property are in the centre of Turin and the remaining 11 located around the city according to a radial plan.

The plan was initially conceived by the Duke of Savoy, Emmanuel-Philibert, when he transferred the capital of his Duchy to Turin. His successor, Charles-Emmanuel I, and his wife developed and implemented the plan to completely reorganise the area during the 17th and 18th centuries giving the city and surrounding area a Baroque character. The plan celebrates the absolute power of the Royal House of Savoy. The capital was organized and developed along the axes defined by the ‘Command Area’ as the central node including the Palazzo Reale, Palazzo Chiablese and Palazzo della Prefettura and managing political, administrative and cultural aspects of life which was surrounded by a system of maisons de plaisance. These villas including Castello di Rivoli, Castello di Moncalieri and Castello di Venaria created a Corona di Delizie, or ‘Crown of Delights’ around the capital and with the outlying residences of Racconigi, Govone, Agliè and Pollenzo gave form to the countryside. The construction plan foresaw a change in function for existing residences, the construction of new buildings, the definition of hunting routes and the creation of a network of roads connecting outlying residences to the state capital.

The ensemble of Residences was unified both by the road network and the uniform style and choice of materials by the court architects and artists who worked throughout the many different residences. Outstanding architects included Ascanio Vitozzi, Benedetto Alfieri, Amedeo di Castellamonte, Guarino Guarini and Filippo Juvarra.

In the 1800s the government of the realm was taken over by the Carignano branch of the House of Savoy and during this period its sovereigns shifted their interest to more outlying buildings used as retreats (Agliè, Racconigi, Govone and Pollenzo) and ultimately the abandonment of the Baroque ‘Crown of Delights’ plan.

The Residences of the Royal House of Savoy is an outstanding example of European monumental architecture and town-planning in the 17th and 18th centuries that uses style, dimensions and space to illustrate in an exceptional way the prevailing doctrine of absolute monarchy in material terms.

Criterion (i): The Residences of the Royal House of Savoy provides outstanding testimony to the exuberant genius of Baroque and Late Baroque art and architecture, constructed over many decades by outstanding architects, including Ascanio Vitozzi, Benedetto Alfieri, Amedeo di Castellamonte, Guarino Guarini  and Filippo Juvarra.

Criterion (ii): The monumental architecture and town-planning of the Residences of the Royal House of Savoy reflect the interchange of human values across Europe during the ‘Baroque episode’ of the 17th and 18th centuries which led to an immense work of creation and homogenization, ornamentation and improvement.

Criterion (iv): The Residences of the Royal House of Savoy is an outstanding example of the strategies and styles of the Baroque, a monumental architectural ensemble illustrating the prevailing doctrine of absolute monarchy in material terms.

Criterion (v): The Residences of the Royal House of Savoy constitute a dynastic heritage that is both complex and unitary being a true symbiosis between culture and nature through its mastery of urban space and its planning of vast tracts of countryside to create a concentric authoritarian organization with Turin at its centre.

The Residences of the Royal House of Savoy include the most representative buildings constructed and renovated by the Savoy dynasty from the 17th to the 19th century. The buildings reflect the original radial plan from the central node of the ‘Command Centre’ in Turin to the surrounding residences or ‘Crown of Delights’ illustrative of the prevailing doctrine of absolute monarchy. Boundaries and buffer zones have been approved for all components of the property. In 2010 some missing buffer zones were created (Valentino Castle, Villa della Regina, Moncalieri Castle, Govone Castle), and others were expanded (Rivoli Castle, Reggia di Venaria Reale, Agliè Castle and Racconigi Castle). The perimeter areas of the buffer zones include parks, gardens and historic town centres, elements that still add to the original value of these Residences today.

The integrity of the property could be further strengthened by extensions to the buffer zones to recognise the historical connections between the Residences and the ‘Command Centre’ in Turin, their axial relationships, views and vistas.

The buildings comprising the Residences of the Royal House of Savoy have undergone many restoration procedures. The conservation and restoration work undertaken is based on patient stratigraphic research, archive studies, scientific analysis and the analysis of structures. The work is also designed in some cases to bring to light elements that had been hidden by previous refurbishment and to correct some previous building works. Repair and restoration work on the House of Savoy residences, conducted with the aim of opening them to the public, begun in the 1970s and is still underway. With the programme to restore Rivoli Castle and its conversion into the Museum of Contemporary Art (inaugurated in 1984) a process of restoration and the return to public utility of these historic, architectural and artistic assets led to the reopening of many residences.

Each of the component parts the Residences of the Royal House of Savoy is protected by national, regional and local regulations. According to national regulations of the Codice dei Beni culturali e del Paesaggio (or the cultural and landscape heritage code) these monuments are subject to specific conservation measures that affect single buildings and, in the case of Stupinigi, Rivoli, Govone, Racconigi, Pollenzo, Venaria, La Mandria and Agliè regional and EU landscape regulations protect the wider area where they are located. Under the national regulations all restoration work is subject to prior approval by the competent Office of the Ministry of Cultural Heritage and Activities and Tourism. On a local level, the Regional Territorial Plan (2009) covering the protection and enhancement of the Residences of the Royal House of Savoy and other urban planning rules identify further conservation regulations for palaces and villas located within their perimeter. Furthermore, the regional legislation on the conservation of natural areas and biodiversity includes a few of the areas located within the perimeter of the World Heritage property among those subject to special protection due to their natural features.

The property is managed through a Memorandum of Understanding signed by all stakeholders for the drafting of a management plan and the coordination of any work done on the complex itself.

Responsibility for management of each component part of the property is mainly entrusted to the owner. The majority of the residences are owned by the State or local government authorities. A territorial Office of the Ministry of Cultural Heritage and Activities and Tourism is responsible for managing residences belonging to the State. The owners of the other residences are responsible for managing them through their respective administrations or organisations including the Consorzio di Valorizzazione Culturale La Venaria Reale, the Associazione culturale Castello di Rivoli, the Ordine Mauriziano per la Palazzina di Stupinigi, the Agenzia di Pollenzo S.p.A and the private owners of the castle of Pollenzo. 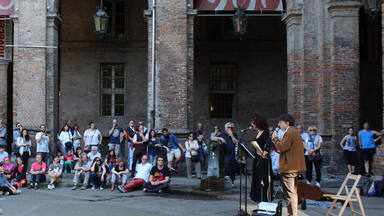