The archaeological site of Yin Xu, close to Anyang City, some 500 km south of Beijing, is an ancient capital city of the late Shang Dynasty (1300 - 1046 BC). It testifies to the golden age of early Chinese culture, crafts and sciences, a time of great prosperity of the Chinese Bronze Age. A number of royal tombs and palaces, prototypes of later Chinese architecture, have been unearthed on the site, including the Palace and Royal Ancestral Shrines Area, with more than 80 house foundations, and the only tomb of a member of the royal family of the Shang Dynasty to have remained intact, the Tomb of Fu Hao. The large number and superb craftsmanship of the burial accessories found there bear testimony to the advanced level of Shang crafts industry. Inscriptions on oracle bones found in Yin Xu bear invaluable testimony to the development of one of the world’s oldest writing systems, ancient beliefs and social systems. 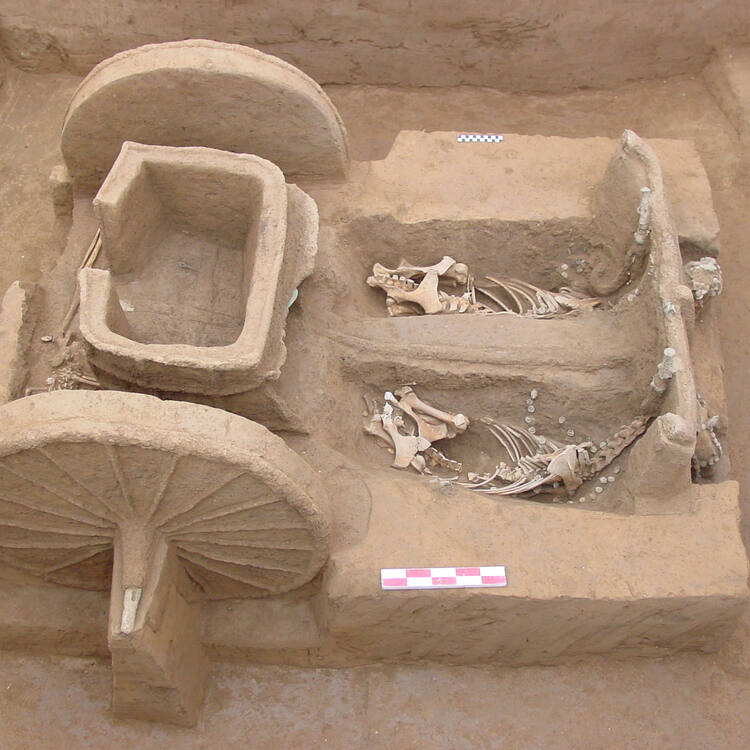 Situated on both banks of the Huanhe River to the northwest of the nationally famous historic and cultural city Anyang, in Henan Province of central China, the archaeological remains of Yin Xu dated from 1,300 BCE and comprise two sites: the Palace and Royal Ancestral Shrines Area and the Royal Tombs Area covering a total 414 hectares with an enclosing buffer zone of 720 hectares. Yin Xu has been confirmed by historic documents, oracle bone inscriptions and archaeological excavations as the first site of a capital in Chinese history. The twentieth king of the Shang Dynasty Pan Geng, moved his capital from Yan to Yin (the area around Xiaotun Village of present Anyang) around 1,300 BC, and established a lasting and stable capital. It spanned 255 years with 12 kings and 8 generations and created the splendid and brilliant Yin-Shang Civilization, which is of priceless value in terms of history, art and science.

Yin Xu was the earliest site to possess the elements of civilization, including more than 80 house foundations of rammed earth with remains of timber structures, ancestral shrines and altars enclosed within a defensive ditch which also functioned as a flood-control system. Numerous pits within the Palace area contained inscribed oracle bones considered to carry the earliest evidence of the Chinese written language. The Royal Tombs area on higher ground includes sacrificial pits containing chariots and human remains considered to have been sacrificial victims. Burial goods included decorated bronze ritual vessels, jade and bone carvings and ceramics.

Being one of the most important capital sites in early China, its planning and layout had an important influence on the construction and development of subsequent capitals of China. The Royal Tomb Area of Yin Xu is the earliest large-scale royal graveyard in China and the source of China’s system of royal and imperial mausoleums;oracle bone inscriptions are the earliest known mature writing in China and constitute evidence for the history of the Shang Dynasty in China, helping to track recorded Chinese history nearly one thousand years earlier, and the Site of Yin Xu conveys the social life of the late Shang Dynasty, reflecting highly developed science and architectural technology including bronze casting and a calendar system.

Criterion (ii): Yin Xu, capital of the late Shang Dynasty, exhibits an exchange of important influences and the highest level of development in China’s ancient bronze culture, including the system of writing.

Criterion (iii): The cultural remains at Yin Xu provide exceptional evidence of cultural traditions in the Late Shang Period, and are testimony to many scientific and technical achievements and innovations, such as the solar and lunar calendar system, and the earliest evidence of systematic written Chinese language in oracle bones.

Criterion (iv): The palaces, ancestral shrines and the royal tombs of Yin Xu are outstanding examples of early Chinese architecture. They have great significance in establishing the early prototypes for Chinese palace architecture and royal tomb complexes.

Criterion (vi): The material remains discovered at Yin Xu provide tangible evidence of the early history of the system of Chinese writing and language, ancient beliefs, social systems, and major historical events, which are considered of outstanding universal significance.

The nominated property of Yin Xu has a property area of 414 hectares and a buffer zone of 720 hectares; it contains well preserved elements which are sufficient to demonstrate the outstanding universal value of Yin Xu, including the sites of Palaces and Ancestral Shrines, and Royal Tombs within the property boundary and the unexcavated Huanbei Shang City site within the buffer zone. The unearthed oracle bone inscriptions, bronze vessels, jade carvings, pottery and bone objects and other exquisite historical relics, which have comprehensively and systematically shown to the people throughout the world the features of the capital of the Shang Dynasty of China 3,300 years ago and the splendid Yin-Shang Civilization, are displayed in the site museums. Through years of scientific archaeological excavation and conservation work in Yin Xu, the excavated sites and unearthed historical relics have been protected properly from both natural and human threats and damage and the maximal historical information of Yin Xu preserved. The construction activity in the heritage area and its buffer area has been controlled and managed strictly and the heritage site and its historical environment have been preserved intact.

In strict accordance with the heritage conservation principle of “retaining the historic conditions, respecting the authenticity”, the archaeological site of Yin Xu and all its excavated cultural relics have been as far as possible conserved in situ. After excavation, the site was backfilled for its protection, using vegetation on the ground for display; while the unearthed oracle bone inscriptions are presented in the original site. To better conserve the excavated cultural relics, the Yin Xu Garden-Museum and Museum-Exhibition Hall have been built in the Yin Xu Palace and Ancestral Shrine area, so that the important cultural relics could receive the best care in a museum environment. In carrying out conservation and restoration work, special effort is given to combine traditional techniques and modern technologies, to maintain the authenticity of the heritage fabrics. Meanwhile, through careful treatment and effective improvement of the villages, roads and environment in the protected areas, the historic setting of Yin Xu retains its authenticity.

Heritage protection is a long-term cause. Local governments and the management bodies will continue to carefully implement heritage protection laws and regulations, strictly control excavation activities and follow better regulated procedures of examination and approval on archaeological excavation. To counteract factors such as increasing tourism and the pressure of urban construction which endanger the cultural heritage, these authorities will closely monitor the property and its setting, find and solve in time the problems in Yin Xu’s conservation and management work; increase the professional capabilities and qualifications of the personnel through strengthened training; continually enhance the conservation and management level, and through timely revision of The Master Plan for the Conservation of Yin Xu, improve the conservation and management system and mechanism, promoting further the sustainable development of Yin Xu’s cultural heritage. 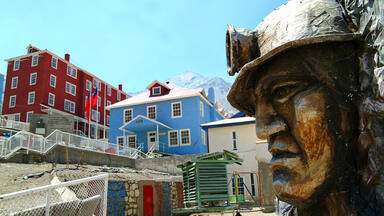