Tlacotalpan, a Spanish colonial river port on the Gulf coast of Mexico, was founded in the mid-16th century. It has preserved its original urban fabric to a remarkable degree, with wide streets, colonnaded houses in a profusion of styles and colours, and many mature trees in the public open spaces and private gardens. 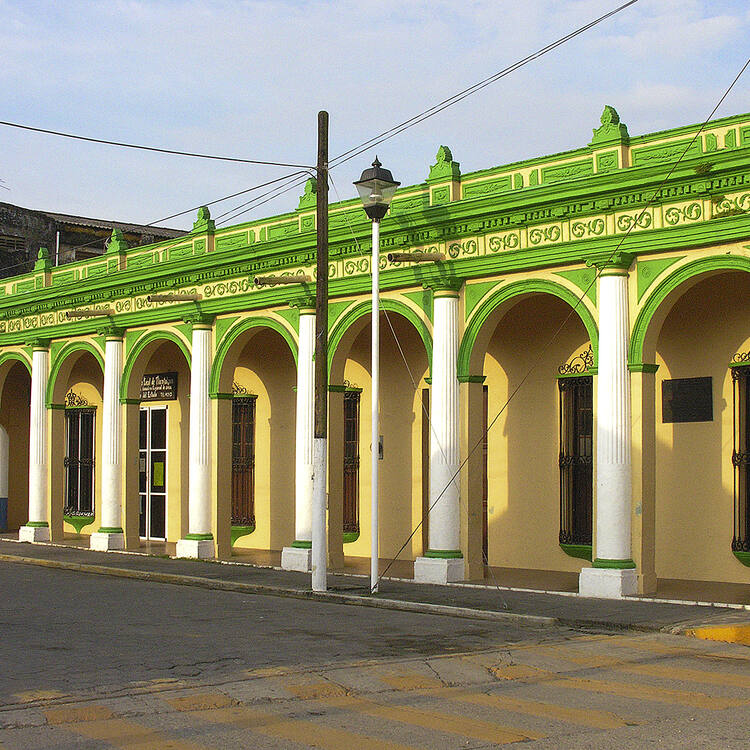 Tlacotalpan, is an exceptionally well-preserved Spanish colonial river port close to the coast of the Gulf of Mexico. The original urban plan, a checkerboard or grid pattern, laid out by the Spanish in the mid 16th century, has been preserved to a remarkable degree. Its wide streets are lined with colonnaded houses that reflect a vernacular Caribbean tradition with exuberant decoration and colour. Many mature trees can be found in the public parks, open spaces and private gardens. Initially settled by the Spanish around 1550, the settlement reached its major brilliance in the 19th century.

The surviving grid pattern consists of 153 blocks covering 75 hectares and divided into two distinct sectors, the larger “Spanish” quarter in the west and smaller “native quarter in the east. The larger quarter is created by seven wide streets or calles laid out east-west parallel to the Papaloapan River and connected by narrow lanes or callejones. The “public” sector, an irregularly-shaped area found at the intersection of the two quarters, has commercial and official buildings as well as public open spaces.

Arcades of arched porticos line the streets. These arcades are supported by pillars varying in form and style from simple beams to fluted columns with elaborately ornamented bases, capitals and moulded cornices. Tlacotalpan has retained an unusual density of high-quality historic buildings that provide architectural harmony and homogeneity. While the basic vernacular style is found elsewhere on the Mexican Gulf Coast, Tlacotalpan’s single-storey houses exhibit distinctive manifestations that include a profusion of brightly-coloured exteriors and original features such as the roof coverings of curved terra cotta tiles and the layouts with interior courtyards.

Criterion (ii) the urban layout and architecture of Tlacotalpan represent a fusion of Spanish and Caribbean traditions of exceptional importance and quality.

Criterion (iv) Tlacotalpan is a Spanish colonial river port near the Gulf coast of Mexico, which has preserved its original urban fabric to an exceptional degree. Its outstanding character lies in its townscape of wide streets, modest houses in an exuberant variety of styles and colours, and many mature trees in public and private open spaces.

The integrity of Tlacotalpan’s historic zone is established by the retention of the original grid pattern of the and the relationship of buildings to open spaces with mature trees. A significant number of surviving historic buildings exhibit traditional elements including the exuberant colours and tile roofs.

Integrity is threatened primarily by inappropriate renovations to historic buildings along with incompatible land use, particularly along the river that threatens the integrity of the natural environment as well as the landscape. Flooding continues to be of concern although the frequency and severity of floods has been reduced through the development of an effective system of drainage and the cleaning of adjacent marshlands. Regardless, flood management needs to continue including the Malecon project and controls of hydroelectric dams.

Tlacotalpan’s authenticity is established by the retention of its urban fabric, dating to the 17th century. The checkerboard street pattern laid out adjacent to the river, the arched colonnades along the main facades of the traditional houses which in turn have preserved their overall form, scale, decoration and colours. Moreover, the many of the houses retain their interior layout and even traditional furnishings.

The conservation of the historic centre of Tlacotalpan is legally protected at both the state and federal level. In 1968, the State of Veracruz declared it “Typical Conservation Town” Typical City and of natural beauty. In 1986 it was declared a Historic Monuments Zone by federal law with the responsibility for its management under of the national organizations Instituto Nacional de Antropologia e Historia (INAH) and Instituto Nacional de Bellas Artes (INBA). A “transition zone” that extends across the Papaloapan River was defined in the Urban Development Plan (established in 1985 and revised in 1997) served as a buffer zone at the time of inscription.

A current programme of Urban Classification is designed to assist with future growth and improvements to the urban infrastructure while ensuring that appropriate conservation methods are undertaken. INAH and Fondo Nacional para la Cultura y las Artes (FONCA) have assisted in the development of a management plan completed in November 2007. This document identified diverse actions for regeneration of the city in general to improve the economy through the creation of jobs and increased tourism. Other plans relate to the Integral Improvement of the Malecon (2010) and a risk preparedness project relating to flooding.

In order to implement any of the programs identified above, which guarantee the conservation, protection and improvement of the site, a coordinated approach involving the participation of both municipal and state authorities with the INAH is required. 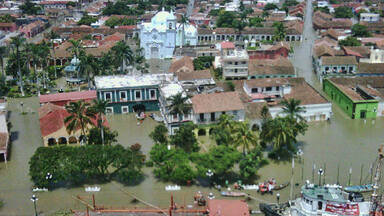