The Laurisilva of Madeira is an outstanding relict of a previously widespread laurel forest type. It is the largest surviving area of laurel forest and is believed to be 90% primary forest. It contains a unique suite of plants and animals, including many endemic species such as the Madeiran long-toed pigeon. 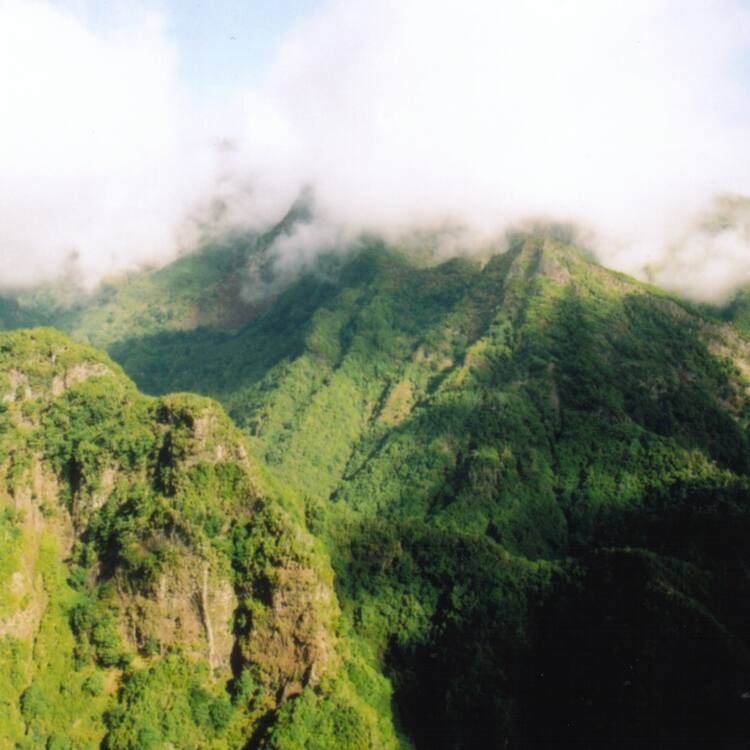 The Laurisilva of Madeira, within the Parque Natural da Madeira (Madeira Natural Park) conserves the largest surviving area of primary laurel forest or "laurisilva", a vegetation type that is now confined to the Azores, Madeira and the Canary Islands. These forests display a wealth of ecological niches, intact ecosystem processes, and play a predominant role in maintaining the hydrological balance on the Island of Madeira. The property has great importance for biodiversity conservation with at least 76 vascular plant species endemic to Madeira occurring in the property, together with a high number of endemic invertebrates and two endemic birds including the emblematic Madeiran Laurel Pigeon.

Criterion (ix): The Laurisilva of Madeira is an outstanding relict of a previously widespread laurel forest type, which covered much of Southern Europe 15-40 million years ago. The forest of the property completely covers a series of very steep, V-shaped valleys leading from the plateau and east-west ridge in the centre of the island to the north coast. The forests of the property and their associated biological and ecological process are largely undisturbed, and play a predominant role in the island´s hydrological balance.  The forest is mainly comprised of evergreen trees and bushes, with flat, dark green leaves. The property provides a wealth of ecological niches, complex food webs and examples of co-evolution of species. A range of climax vegetation communities such as the "Til Laurisilva", the "Barbusano Laurisilva" and the "Vinhático Laurisilva", have been identified within the property. Ancient trees in the valley bottoms, waterfalls and cliffs add to the experience of the values of the property.

Criterion (x): The Laurisilva of Madeira is a place of importance for its biological diversity.  A large proportion of its plants and animals are unique to the laurel forest, and it is larger than and with significant differences to other laurel forest areas. Endemic trees belonging to the Lauraceae family such as the Barbusano Apollonias barbujana ssp. Barbujana, the Laurel Laurus novocanariensis, the Til Ocotea foetens and the Vinhático Persea indica are dominant. Other endemic plants include plants such as Pride of Madeira Echium candicans, Honey Spurge Euphorbia mellifera, Madeira Foxglove Isoplexis spectrum and Musschia wollastonii. Ferns abound in the shadowy valleys and bryophytes cover large areas of the soil, banks, rocks and tree trunks. Around 13 liverwort species and 20 moss species are noted as threatened at a European scale, while abundant lichens are indicative of high environmental quality and the absence of pollution. Vertebrate species include a limited number of species with high endemism, including two rare species of bats, the Madeira Pipistrelle Pipistrellus maderensis and the Leisler's Bat Nyctalus leisleri verrucosus and several birds, such as the Madeira Laurel Pigeon Columba trocaz, the Madeiran Firecrest Regulus madeirensis and the Madeiran Chaffinch Fingilla coelebs madeirensis. In the Laurisilva there are more than 500 endemic species of invertebrates, including insects, arachnids and mollusks.

The property includes the areas of primary laurisilva remaining on Madeira.  Its boundaries were defined after an exhaustive field study to identify the most significant areas of remaining vegetation. Most of the property is believed to have never been felled and includes some massive old trees, possibly over 800 years old, which have been growing since before the island was settled.  Goats and sheep, which caused some damage in the past, have now been eradicated from the area.

The property also contains an important testimony of human use. The settlers of Madeira constructed water channels, known as levadas, which run through the forest following the contours of the landscape, and clinging to the cliffs and steep-sided valleys. Typically 80-150 cm wide and constructed of stone or more recently concrete, they carry water from the forest to hydropower stations and to the towns of the south, where they provide essential drinking water and irrigation supplies. Along the levadas there are paths typically 1-2m wide, which allow access to the otherwise almost impenetrable forest. The impact of these features on the property is limited, and also has some benefit for conservation, since they allow access to the forest on relatively flat paths and cover only an infinitesimal area of land. None has been built for 70 years, but the present ones are carefully maintained.  Apart from the levadas, and the occasional tiny hut used by those that maintain them, human development within the property is very limited and there is no habitation, no buildings, except the occasional tiny hut for those who maintain the levadas, and no cultivated land.  There are limited impacts from two roads, with plans to replace one by a tunnel.

The integrity of the property is further enhanced by buffer zones that are not part of the inscribed property but protect it from threats originating from outside its boundaries. Possibly threats arising from these areas include invasive species and species introductions from both agriculture and forestry.

The property comprises approximately 15,000ha of land within the 27,000ha of Parque Natural da Madeira (Madeira Natural Park). It has strong and effective legal protection under regional, national and European Law. These multiple layers of protection include status as a special area of conservation under the Habitats Directive of the European Union, which obliges the State Party to protect the area so that both "Madeiran laurel forest" and 39 species of rare and threatened plants and animals remain at, or are restored to, "favourable conservation status".  The property is also a Biogenetic Reserve of the Council of Europe, and a Special Protection Area under the European Union Birds Directive. The property is gazetted under Madeiran law, with around half of the area as a Strict Reserve ("Reserva Integral") and the remainder as a Partial Reserve ("Reserva Parcial").

Effective conservation management is also in place. Conservation functions are devolved to regional government in the form of the Governo da Região Autónoma da Madeira (Autonomous Regional Government of Madeira).  A management plan (Plano de Ordenamento e Gestão da Floresta Laurisilva) is in place and has been approved by the Regional Government.  This is a powerful legal instrument which defines strategies and objectives for the protection and enhancement of the property, drawing the main guidelines for its management, conservation and protection.

Adequate staff and resources are in place and need to be maintained in the long term.  There are a number of issues requiring effective long-term management. These include monitoring the potential threat to the property from invasive species including species from former agricultural land at the lower edge of the property. A small number of permits is issued to local people for limited collection common tree heather in the higher zones. Although declining, this use needs to be monitored and kept within levels that do no harm to the forest. Management of the areas adjacent to the property needs to fully consider its Outstanding Universal Value, particularly in relation to the potential for introduction of alien invasive species. Facilities for visitors to the laurel forest are few and visitor management will need to be prioritized as tourism trends change. With sheer cliffs beside narrow levadas, great care is needed to both to protect the forest and to provide for safe visitor access, especially in relation to possible increases in visitor pressure. Strong policies are needed to ensure there is no temptation to build inappropriate facilities for visitors. Effective visitor interpretation and education programmes would also be highly beneficial to the communication of the Outstanding Universal Value of the property. 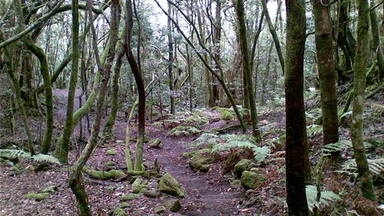