The vast natural forest of Yellowstone National Park covers nearly 9,000 km2 ; 96% of the park lies in Wyoming, 3% in Montana and 1% in Idaho. Yellowstone contains half of all the world's known geothermal features, with more than 10,000 examples. It also has the world's largest concentration of geysers (more than 300 geyers, or two thirds of all those on the planet). Established in 1872, Yellowstone is equally known for its wildlife, such as grizzly bears, wolves, bison and wapitis. 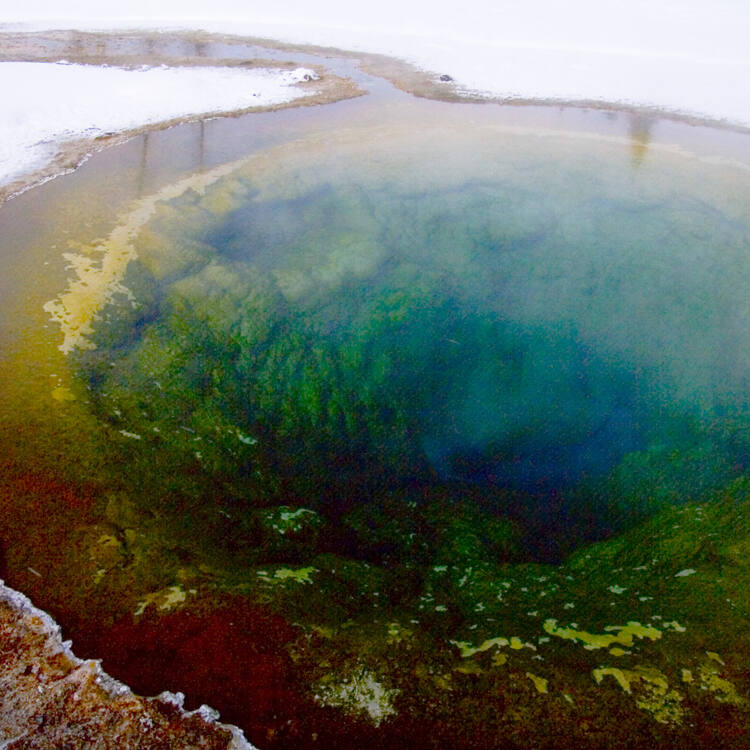 Yellowstone National Park is a protected area showcasing significant geological phenomena and processes.  It is also a unique manifestation of geothermal forces, natural beauty, and wild ecosystems where rare and endangered species thrive. As the site of one of the few remaining intact large ecosystems in the northern temperate zone of earth, Yellowstone’s ecological communities provide unparalleled opportunities for conservation, study, and enjoyment of large-scale wildland ecosystem processes.

Criterion (vii): The extraordinary scenic treasures of Yellowstone include the world’s largest collection of geysers, the Grand Canyon of the Yellowstone River, numerous waterfalls, and great herds of wildlife.

Criterion (viii): Yellowstone is one of the world's foremost sites for the study and appreciation of the evolutionary history of the earth. The park has a globally unparalleled assemblage of surficial geothermal activity, thousands of hot springs, mudpots and fumaroles, and more than half of the world’s active geysers. Nearly 150 species of fossil plants, ranging from small ferns and rushes up to large Sequoia and many other tree species, have been identified in the park’s abundant fossil deposits. The world’s largest recognized caldera (45 km by 75 km – 27 miles by 45 miles) is contained within the park.

Criterion (ix): The park is one of the few remaining intact large ecosystems in the northern temperate zone of the earth. All flora in the park are allowed to progress through natural succession with no direct management being practiced. Forest fires, if started from lightning, are often allowed to burn where possible to permit the natural effects of fire to periodically assert itself. The park’s bison are the only wild, continuously free-ranging bison remaining of herds that once covered the Great Plains and, along with other park wildlife, are one of the greatest attractions.

Criterion (x): Yellowstone National Park has become one of North America's foremost refuges for rare plant and animal species and also functions as a model for ecosystem processes. The grizzly bear is one of the worlds’ most intensively studied and best-understood bear populations. This research has led to a greater understanding of the interdependence of ecosystem relationships. Protection of the park’s flora and fauna, as well as the natural processes that affect their population and distribution, allow biological evolution to proceed with minimal influence by man.

At nearly 900,000 hectares, Yellowstone National Park is a large property, and is at the heart of the vast “Greater Yellowstone Ecosystem,” (GYE) encompassing over 7 million  hectares. The park, along with the GYE, is one of the last remaining intact large ecosystems in the northern temperate zone. All wildlife species found in the region pre-European contact can still be found in the park. The property itself is of sufficient size to ensure the protection of the scenic, geologic, and geomorphological values for which it was inscribed.

Only about 2% of Yellowstone National Park is developed (visitor and park infrastructure, roads, etc.), while over 90% of the park is managed for wilderness values with relatively light use by park visitors.

The overall ecological integrity of the property was significantly enhanced with the restoration of the gray wolf in 1994-95, with positive impacts on a wide range of species and functions, ranging from aspen to trout.

Concerns remain over threats to integrity from invasive species, particularly lake trout, and possible impacts of climate change. Park management plans for the property have identified a number of resource protection measures, such as environmental assessment processes, zoning, ecological integrity and visitor monitoring, and education programs to address pressures arising from issues both inside and outside the property.

Designated by the U.S. Congress in 1872 as the world’s first national park, Yellowstone is managed under the authority of the Organic Act of August 25, 1916 which established the United States National Park Service. In addition, the park has specific enabling legislation which provides broad congressional direction regarding the primary purposes of the park. Day to day management is directed by the Park Superintendent.

Management goals and objectives for the property have been developed through a General Management Plan, which has been supplemented in recent years with more site-specific planning exercises as well as numerous plans for specific issues and resources. In addition, the National Park Service has established Management Policies which provide broader direction for all National Park Service units, including Yellowstone.

Protection of some of the park’s Outstanding Universal Value requires cooperation with adjacent land managers and private property owners. This is particularly true with wide-ranging wildlife species such as grizzly bears, gray wolves, and especially bison. There are concerns about increasing development around and within the GYE that may impact wildlife movement. In addition, neighboring states have specific concerns regarding bison movement outside park boundaries, though there has been success in expanding bison corridors outside the park on the northern and western boundaries. Managing visitation during all seasons to ensure good public access to the park but without detracting from the park’s unique natural values is also an ongoing challenge. Impacts from visitation range from the footprint of visitor-related infrastructure to air pollution; monitoring these impacts is essential.

The national park works closely with other land management agencies in the GYE through the Greater Yellowstone Coordinating Committee (GYCC). The park was also named a Biosphere Reserve in 1976.

Long-term protection and effective management of the site from potential threats requires continued monitoring of resource conditions, such as through the NPS Inventory and Monitoring (I&M) program. The Greater Yellowstone I&M network, of which Yellowstone National Park is a part, has developed  several “vital signs” to track a subset of physical, chemical and biological elements and processes selected to represent the overall health or condition of park resources. In Yellowstone National Park, these vital signs include land use, climate, amphibians, water resources, whitebark pine, and others.