The List Mount Qingcheng and the Dujiangyan Irrigation ...
Print

Construction of the Dujiangyan irrigation system began in the 3rd century B.C. This system still controls the waters of the Minjiang River and distributes it to the fertile farmland of the Chengdu plains. Mount Qingcheng was the birthplace of Taoism, which is celebrated in a series of ancient temples. 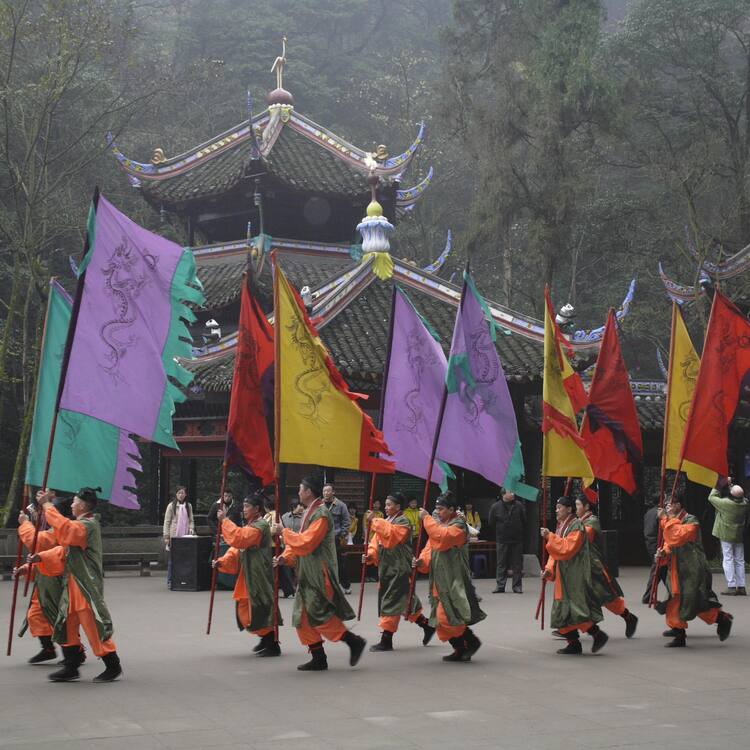 The Dujiangyan irrigation system, located in the western portion of the Chengdu flatlands at the junction between the Sichuan basin and the Qinghai-Tibet plateau, is an ecological engineering feat originally constructed around 256 BC. Modified and enlarged during the Tang, Song, Yuan and Ming dynasties, it uses natural topographic and hydrological features to solve problems of diverting water for irrigation, draining sediment, flood control, and flow control without the use of dams. Today the system comprises two parts: the Weir Works, located at an altitude of 726m, the highest point of the Chengdu plain 1km from Dujiangyan City, and the irrigated area. Three key components of the Weir Works control the water from the upper valley of the Minjiang River: the Yuzui Bypass Dike, the Feishayan Floodgate, and the Baopingkou Diversion Passage. Together with ancillary embankments and watercourses including the Baizhang Dike, the Erwang Temple Watercourse and the V-Shaped Dike, these structures ensure a regular supply of water to the Chengdu plains. The system has produced comprehensive benefits in flood control, irrigation, water transport and general water consumption. Begun over 2,250 years ago, it now irrigates 668,700 hectares of farmland.

Mount Qingcheng, dominating the Chengdu plains to the south of the Dujiangyan Irrigation System, is a mountain famous in Chinese history as the place where in 142 CE the philosopher Zhang Ling founded the doctrine of Chinese Taoism. Most of the essential elements of Taoism culture are embodied in the teachings of Taoism that emanated from the temples that were subsequently built on the mountain during the Jin and Tang dynasties. The mountain resumed its role as the intellectual and spiritual centre of Taoism in the 17th century. The eleven important Taoist temples on the mountain reflect the traditional architecture of western Sichuan and include the Erwang Temple, the Fulong Temple, the Changdao Temple built over the place where Zhang Ling preached his doctrines, and the Jianfu Palace (formerly the Zhangren Temple).

Criterion (ii): The Dujiangyan Irrigation System, begun in the 2nd century BCE, is a major landmark in the development of water management and technology, and is still discharging its functions perfectly.

Criterion (iv): The immense advances in science and technology achieved in ancient China are graphically illustrated by the Dujiangyan Irrigation System.

Criterion (vi): The temples of Mount Qingcheng are closely associated with the foundation of Taoism, one of the most influential religions of East Asia over a long period of history.

Mount Qingcheng and the Dujiangyan Irrigation System have been completely preserved, with all necessary attributes demonstrating the outstanding universal value of the property included inside the property area and buffer zone. They express the importance of utilizing natural features to their fullest in constructing an irrigation system as well as Qingcheng Mountain's importance as one of the birth places of Tao ideology.

Dujiangyan Irrigation System is not only a living heritage of 2,000 year-old design and engineering ideas; it is also still in use today. The functions, religious traditions and the special religious status of the Taoist temple cluster of Mount Qingcheng are fully preserved while still maintaining traditional building styles. Furthermore, internationally accepted protection guidelines and rules have been adhered in conservation and repair projects in terms of location, design, materials, and techniques.

Mount Qingcheng and the Dujiangyan Irrigation System were inscribed on the World Heritage List in 2000. It has also been declared a State Priority Protected Site, among the first batch of National Scenic Areas and Historical Sites, and a National ISO14000 Demonstration Area. Mount Qingcheng and the Dujiangyan Irrigation System are protected by several national laws including the Law of the People's Republic of China on the Protection of Cultural Relics; Environmental Protection Law of the People’s Republic of China, and Scenic Spots and Historical Sites Regulations. In addition to national laws, Sichuan Province has also enacted its own laws, including the Regulations on Conservation of Heritage of Sichuan Province and Regulations on Management of Scenic Spots and Historical Sites of Sichuan Province. The buffer zone of the property has been designated.

Currently, the conservation condition of both properties is excellent. During the Sichuan earthquake on May 12th, 2008, Dujiangyan Irrigation System was basically undamaged, but some Taoist shrines were damaged to varying degrees. Subsequently, these ancient structures were successfully repaired with the help of the State Administration of Cultural Heritage, Shanghai Municipal Government and the Macao Foundation. The Outstanding Universal Value of Mount Qingcheng and the Dujiangyan Irrigation System is kept through regular and rigorous maintenance and protection of the properties. 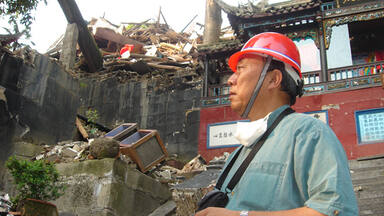