The workshop, which is jointly organized by the UNESCO Havana and Kingston offices, aims at strengthening capacities in the Caribbean to implement the 1972 Convention concerning the Protection of the World Cultural and Natural Heritage (the World Heritage Convention).

By using the training modules developed under the Caribbean Capacity Building programme (CCBP), financed with the Netherlands as well as the Italian and Andorran Funds-in-Trust, the workshop will address the following subjects:

Each topic will be presented by one or two experts with the use of case studies, and shall be followed by a Q&A session. 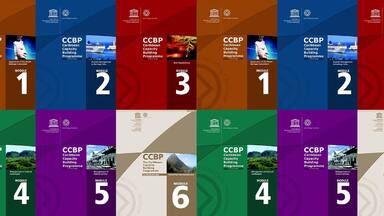