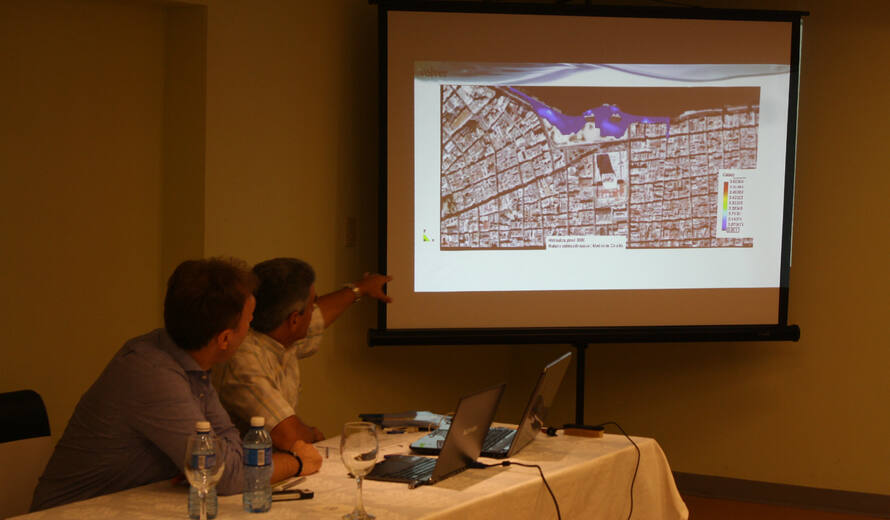 The Workshop on 'Development of Risk Mitigation Plans on flood: Models, Challenges and Opportunities' was held in Havana, Cuba from 24 to 25 May 2016, organized by UNESCO Havana, in close cooperation with the UNESCO-IHE Institute for Water Education (Category 1 institute of UNESCO), with the participation of the Cuban National Commission for UNESCO, the Provincial Institute of Physical Planning, the Environment Agency, the Working Group State Havana Bay, the Center for Hydraulic Research, the Office of Master plan of Havana Historian's Office of Havana and the National Archives of Cuba.

This project intends to serve as a pilot to start applying a collective and innovative methodology that has been developed by the UNESCO-IHE institute to assess the risks related to flooding in the area within and around the World Heritage Site of “Old Havana and its Fortification System”.

The workshop focused on the assessment of existing measures and the preparation of an integral plan for reducing the consequences of flooding in Havana, in particular those affecting its cultural heritage. At the workshop, an institutional map was prepared. This map indicates the degree of implication of every institution in Cuba in case of flooding (level of impact and decision-making) and will constitute the basis for the elaboration of guidelines for the preparation of a risk mitigation plan. During the sessions of the workshop, the information available, as well as the information which needed to be gathered for the development of the preliminary study and the subsequent plan was identified. The preliminary study will be prepared by collecting the missing information, and the first results with a hydrodynamic model will be presented in September 2016.

The development of a risk preparedness plan for a heritage site is one of the actions identified in the World Heritage Action Plan for the Caribbean 2015-2019 adopted in Havana in 2014, and the Regional Plan 2016-2021 Cultural Work, adopted on the occasion of the Third Meeting of Ministers of Culture of the CELAC, held in Havana in September 2015.

The project is financially supported by the Netherlands Funds-in-Trust available at the World Heritage Centre.