When this property was listed it was one of the three most important refuges in Africa for the black rhino with a population then of 500. By the end of this year there will be none as the last ten remaining in the wild are being captured and translocated to an intensive protection zone in another part of Zimbabwe. The Mana Pools site is not alone in suffering this drastic decline as Zimbabwe as a whole has lost 95% of its black rhino population over the past decade. Elephant poaching has increased in the site as well and although numbers are relatively low, animals with larger tasks are selected.

The gangs that have conducted the poaching are almost all based across the border in Zambia. From 1 985 to 1993, 166 poachers, mostly all Zambians have been killed by the authorities and another 88 captured. Four Zimbabwean government personnel have been killed in this "war of the rhinos". The middle men who then take the rhino horn, supply it to an international network, primarily in North Korea, Taiwan and South Africa.


The Mana Pools site has lost a "flagship" species and much of its integrity. Many national and international conservation organisations were and are still involved in efforts to save the species but to no avail. The World Heritage Committee never received a request for assistance from the Zimbabwe authorities and Zambia has never acted on the Committee's invitation to nominate the adjoining Zambezi park. In any case, there was little likelihood that the Fund or the Committee could have made a large difference as the traffic in rhino horn throughout the world is underground. Pressure on the Zambian Government from other organisations was not effective and two of the three main sources of demand are countries that are not eligible to join the Convention. As the site was also inscribed for other values its inscription on the World Heritage list remains valid.


Other than recognise the loss and the lack of any effective means to prevent it there is little that the Bureau can now do as the species been extirpated from the site. The World Heritage Centre, however, could be asked to expand its linkages with the Secretariat of the Convention on International Trade on Endangered Species (CITES) in order to help the Committee play a more active role in other sites that are suffering similar pressures. 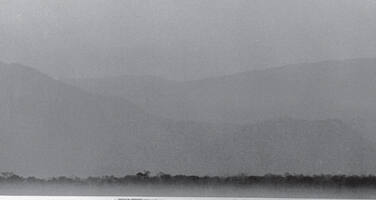