The List Capital Cities and Tombs of the Ancient ...
Print

The site includes archaeological remains of three cities and 40 tombs: Wunu Mountain City, Guonei City and Wandu Mountain City, 14 tombs are imperial, 26 of nobles. All belong to the Koguryo culture, named after the dynasty that ruled over parts of northern China and the northern half of the Korean Peninsula from 277 BC to AD 668. Wunu Mountain City is only partly excavated. Guonei City, within the modern city of Ji’an, played the role of a ‘supporting capital’ after the main Koguryo capital moved to Pyongyang. Wandu Mountain City, one of the capitals of the Koguryo Kingdom, contains many vestiges including a large palace and 37 tombs. Some of the tombs show great ingenuity in their elaborate ceilings, designed to roof wide spaces without columns and carry the heavy load of a stone or earth tumulus (mound), which was placed above them. 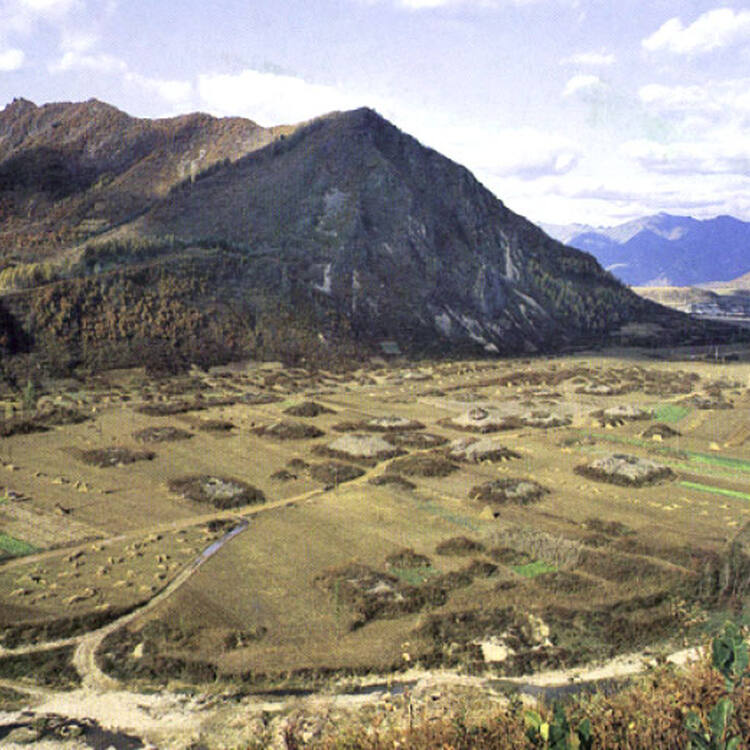 The Koguryo kingdom was a regional power and ethnic group from the year 37BCE until the kingdom moved its capital to Pyonyang in 427CE.Wunu Mountain City, Guonei City and Wandu Mountain City served as capitals of Koguryo during the early and middle period of the Kingdom. Wunu Mountain City was built in 37BCE as the first capital of the Koguryo regime. Surrounded by a defensive wall with three gates which was partly built in stone and in other places exploited the cliff face, the city included a palace, military camp, watch tower, houses and warehouses.  Guonei City, now surrounded by the city of Ji’an, was built on the plain with a stone-built defensive wall and had separate palace and residential zones. Wandu Mountain City, the only Koguryo mountain city capital whose general layout was planned with the large palace as its core, created a mountain city that perfectly combined the Koguryo culture with the natural environment. Guonei City and Wandu Mountain City were the economic, political and cultural centers of the Koguryo for hundreds of years. Guonei City was destroyed in the year 197 CE when the Koguryo were defeated by another power. Wandu Mountain City was built in 209 CE. Both cities were damaged in wars and rebuilt several times, serving alternately as the capital. Guonei City played the role of a supporting capital after the main Koguryo capital moved to Pyongyang; it is one of the few plains city sites with stone city walls still standing.

The tombs of kings and nobles of the ancient Koguryo Kingdom are distributed in the Donggou Ancient Tombs Area of Wandu Mountain City. The 12 imperial tombs take a stepped pyramid form constructed of stone. The burial chambers within were roofed with clay tiles. The tombs of the nobles have stone chambers covered with earth mounds and are decorated with wall paintings, depicting scenes of daily life, sports, hunting, nature, gods, fairies, and dragons. The stele of King Haotaiwang dating from 414CE, tells the story of the founding of the Koguryo kingdom.

The capital cities and tombs are exceptional testimony to the vanished Koguryo civilisation. The layout and construction of the capital cities influenced the city planning and building of later cultures. The tomb paintings represent a rare artistic expression in medieval North-east Asia and together with the stele and inscriptions show the impact of Chinese culture on the Koguryo.

Criterion (i): The tombs represent a masterpiece of the human creative genius in their wall paintings and structures.

Criterion (ii): The Capital Cities of the Koguryo Kingdom are an early example of mountain cities, later imitated by neighbouring cultures. The tombs, particularly the important stele and a long inscription in one of the tombs, show the impact of Chinese culture on the Koguryo (who did not develop their own writing). The paintings in the tombs, while showing artistic skills and specific style, are also an example for strong impact from other cultures.

Criterion (iii): The Capital Cities and Tombs of the Ancient Koguryo Kingdom represent exceptional testimony to the vanished Koguryo civilization.

Criterion (iv): The system of capital cities represented by Guonei City and Wandu Mountain City also influenced the construction of later capitals built by the Koguryo regime; the Koguryo tombs provide outstanding examples of the evolution of piled-stone and earthen tomb construction.

Criterion (v): The capital cities of the Koguryo Kingdom represent a perfect blending of human creation and nature whether with the rocks or with forests and rivers.

The Capital Cities and Tombs of the Ancient Koguryo Kingdom contain all the essential elements and relevant archaeological materials expressing the Outstanding Universal Value of the property. The 43 heritage sites retain their original distribution, and the original fabric is fundamentally unimpaired.

The core area and buffer zone authentically reflect the historical setting and development of the property. Besides the partial damage of Guonei City and Wandu Mountain City caused by wars in history, there is no serious man-made damage to the rest of the heritage sites.

From now on, improvement of the setting and heritage protection goals will be implemented step by step in accordance with the current framework of protection and management. Heritage presentation will be enriched pursuant to the progress of archaeological discovery, and the planned ecological protection program of the property will be carried out simultaneously.