The World's Heritage co-published by UNESCO and Collins 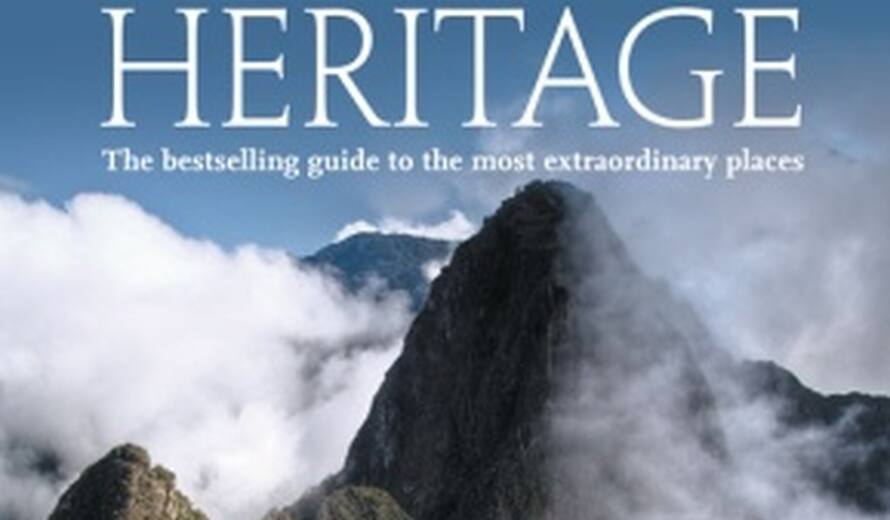 UNESCO and Collins are delighted to announce the publication of The World’s Heritage (2nd Edition) – the definitive, best-selling guide to all 936 UNESCO World Heritage sites. This is the first book to describe all the sites on the List fully, including the most recent additions to the List in 2011.

Only the world's most spectacular and extraordinary sites make it onto UNESCO's List which is closely managed by the World Heritage Committee (composed of 21 countries elected from the signatory states of the Convention). 2012 is the 40th anniversary of the World Heritage Convention – this book is a memorable way to commemorate forty years of promoting, supporting and highlighting the wonders of the world.

The prestigious list includes some of the most celebrated and breathtaking places on earth, for example, the ancient Nabatean city of Petra in Jordan, the legendary Acropolis in Athens, the Great Barrier Reef in Australia and Machu Picchu (the ‘Lost City of the Incas’), in Peru. The 25 new sites added to the List in 2011 are included in the book. For instance, the Persian Garden in Iran, the Coffee Cultural Landscape of Colombia, Selimiye Mosque Complex in Turkey and the Citadel of the Ho Dynasty in Vietnam.

The World’s Heritage, a UNESCO and Collins co-edition, contains over 650 beautiful colour photographs and descriptions of allsites. There is a location map for every site giving an invaluable sense of context. The World Heritage is the ultimate book for those interested in the world’s spectacles, those wishing to traverse the globe, and for those who would like to understand the planet better.