In line with UNESCO’s Priority Africa, Eswatini has been benefiting from the “Capacity-building programme for the nomination of World Heritage sites in the Africa Region’’ through the UNESCO/Japan-Funds-In-Trust that targets 10 African countries without inscribed properties on the UNESCO World Heritage List to prepare and submit strong and credible nomination dossiers.

In February 2022, UNESCO facilitated a five-day capacity-building and needs assessment workshop to discuss the feasibility of extending Barberton Makhonjwa Mountains, a World Heritage property in South Africa to Eswatini. In addition, UNESCO engaged the national authorities from both South Africa and Eswatini to facilitate this collaboration.

With the strong commitment from both States Parties, a feasibility study workshop was organized on 20-22 November 2022 by UNESCO in collaboration with Eswatini and South Africa in Mpumalanga, South Africa. The technical teams from Eswatini and South Africa exchanged extensively on the management mechanism of the site and challenges. South Africa shared their experience in developing World Heritage nominations, as well as the successful experience of collaborating with Lesotho on the extension of Maloti-Drakensberg Park.

The workshop concluded with a roadmap for the development of the extension, as well as a site visit in Barberton Makhonjwa Mountains. The finalized roadmaps will be present to the concerned authorities in both States Parties to start the implementation in 2023.

“Eswatini remains extremely grateful for this initiative as it foresees the outstanding value that world heritage sites do for humanity but also their potential to better the lives of the communities within them. The country is aware of the enormous drawbacks that such ventures are to tourism and economy recovery.”

H.E Mr Vuyile Dlamini, Ambassador of the Kingdom of Eswatini to UNESCO 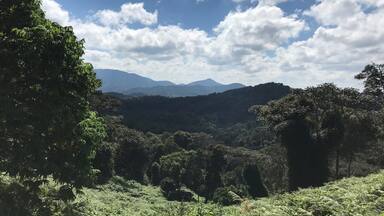