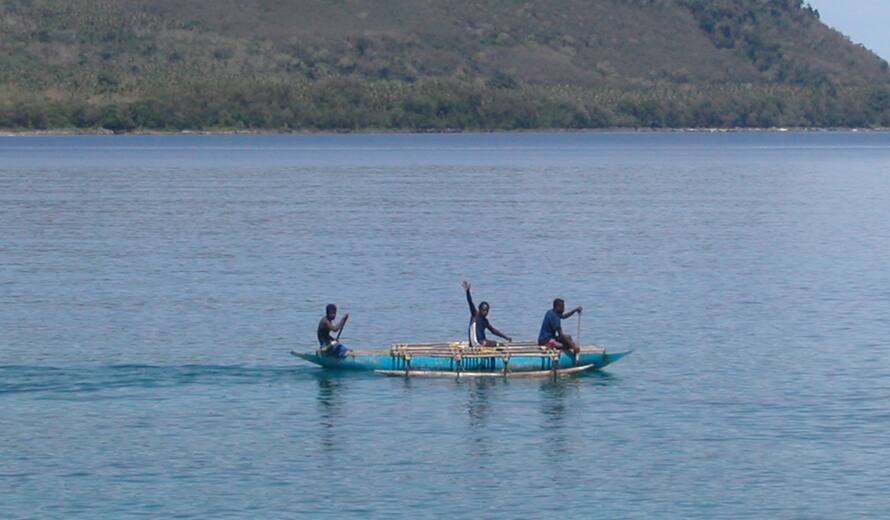 The World Heritage Centre and the Vanuatu Cultural Centre (with funding from the World Heritage Fund, and the technical contribution of the Department of Conservation of New Zealand) organized a workshop at Port Vila, Vanuatu, from 5-8 September. It was attended by 32 participants representing 12 States Parties from the Pacific Islands, as well as by experts and representatives from ICOMOS, ICCROM, United Nations University, University of the South Pacific, New Zealand, Australia, the UNESCO Apia Office and the World Heritage Centre.

The meeting provided the occasion for a systematic approach to cultural heritage in a region that is still under-represented on the World Heritage List. While most States Parties in the Pacific have ratified the World Heritage Convention, many of them have not prepared Tentative Lists, an essential step to nominating sites. The seminar therefore served as an instrument in sensitizing various stakeholders to the cultural values of many potential World Heritage sites in the Pacific.

In the course of the workshop participants gained consensus on a series of regional themes appropriate for the nomination of sites of cultural value, and clarified what site types would represent them best. The workshop participants further agreed on a methodology to be used in undertaking thematic studies, and identified those who are to take responsibility for the studies.

These objectives had been established by the States Parties of the region during a workshop held in Tongariro, New Zealand in October 2004 and included in the resulting Action Plan.

The identification of regional cultural themes and the elaboration of thematic studies are to assist States Parties in selecting sites to be included in Tentative Lists and developing comparative analyses to support nomination files for the inscription of cultural properties on the list.

As one outcome of the seminar, participants therefore set up a list of priority cultural properties from each State Party, representing sites that each State Party intends to nominate over the next few years.