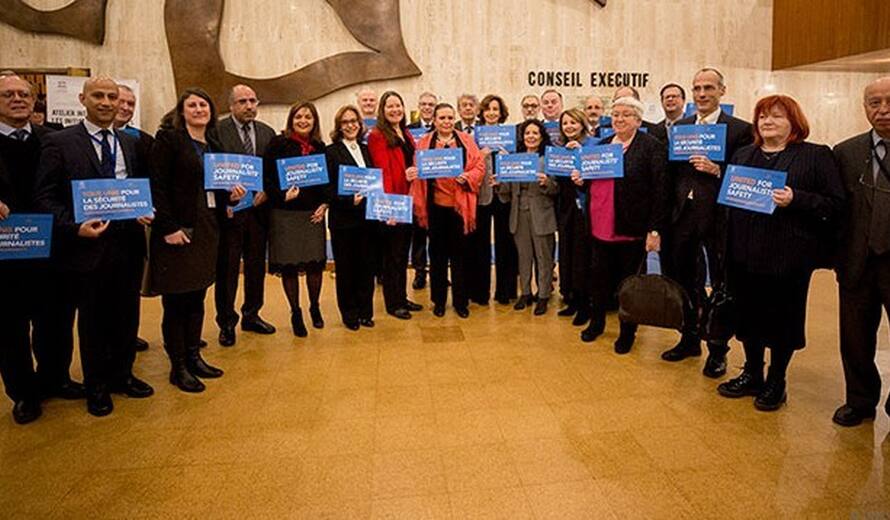 In addition to its generous annual contributions under the Programme Cooperation Agreement (2014-2017), the Government of Sweden decided in November 2017 to provide additional financial support to UNESCO in the amount of  SEK 3,200,000  (around USD 400,000) to strengthen the protection of heritage, as well as to promote independent, free and pluralistic media.

The contribution will strengthen the Secretariat’s capacity to support the States Parties in the implementation of the 1972 World Heritage Convention, the 1970 Convention on the Means of Prohibiting and Preventing the Illicit Import, Export and Transfer of Ownership of Cultural Property and the 1954 Hague Convention for the Protection of Cultural Property in the Event of Armed Conflict and its two (1954 and 1999) Protocols. It will focus on statutory processes, capacity-building and awareness-raising, concentrating on conflict and post-conflict countries, particularly in the Arab region, Africa, Least Developed Countries (LDCs) and Small Island Developing States (SIDS).

In 2017, the International Programme for the Development of Communication (IPDC) received significant support from Sweden for the establishment of specialized indicators on Internet development. The project is part of the wider “Internet Futures” initiative, which intends to strengthen global Internet development and support a human-rights-based Internet policy and governance at international and national levels. This additional financial support from Sweden to IPDC will enhance media development projects to be approved in 2018. Furthermore, Sweden was among five donors to provide financial support towards the organization of a high-level meeting on national initiatives for the safety of journalists on 12 December 2017. The support was given through recently established Special Account for Freedom of Expression and Safety of Journalists which facilitates support for UNESCO’s actions to protect journalists through implementation of  the UN Plan of Action for the Safety of Journalists and the Issue of Impunity. Convened at UNESCO headquarters at the initiative of the UNESCO Group of Friends for the Safety of Journalists, the event offered an opportunity to share information about national initiatives and mechanisms that have had a concrete impact on preventing, protecting against and/or prosecuting attacks against journalists.