An expert meeting for the preparation of the serial transnational World Heritage nomination “Silk Roads: Fergana – Syrdarya Corridor” took place in Kyzylorda (Kazakhstan) on 14 November 2016, as follow-up to the Almaty Agreement adopted on 24–25 November 2015 during the Fourth Meeting of the Coordinating Committee on the World Heritage Serial Nomination of the Silk Roads held in Almaty (Kazakhstan). 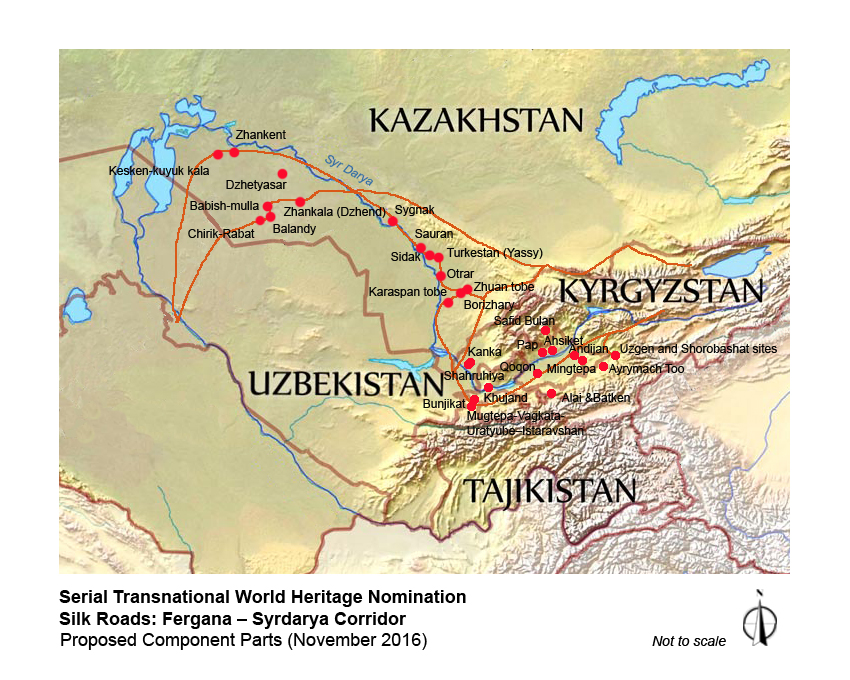 The aim of the Kyzylorda expert meeting was to set the way forward for the Silk Roads: Fergana-Syradarya Corridor World Heritage serial and transnational nomination. The expert meeting brought together governmental representatives and experts from Kazakhstan, Kyrgyzstan, Tajikistan and Uzbekistan along with representatives of UNESCO and international resource persons to discuss further technical assistance and cooperation. The participation of representatives of the Russian Federation was also welcomed.

At the occasion of the Kyzylorda Meeting, the general guiding principles and the coordination of the Silk Roads: Fergana-Syradarya corridor nomination process were reviewed. The Meeting also presented an opportunity to review the harmonization of the component parts of this potential nomination to be presented by the four States Parties. Finally, the Meeting also allowed discussing the potential attributes and statement of the Outstanding Universal Value of the Silk Roads: Fergana-Syrdarya Corridor. The Meeting was successfully concluded with adoption of the Kyzylorda Action Plan, which summarized the main results of this meeting as follows:

The organization of this meeting has benefited from the close collaboration between the UNESCO World Heritage Centre, National Commission of Kazakhstan for UNESCO, Kazakhstan National World Heritage Committee and UNESCO Cluster Office in Almaty, with generous financial support from the Administration of Kyzylorda region (Kazakhstan) and the UNESCO/Japanese Funds-in-Trust Project: Support for Silk Roads World Heritage Sites in Central Asia (Phase II). 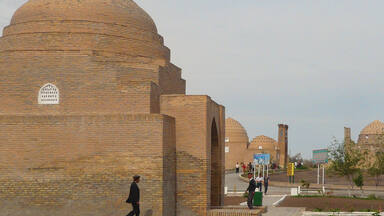 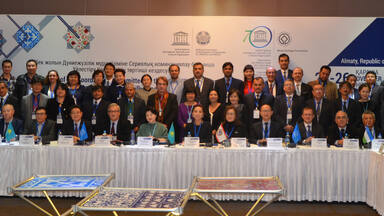 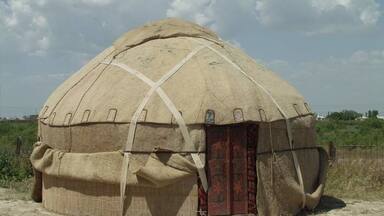 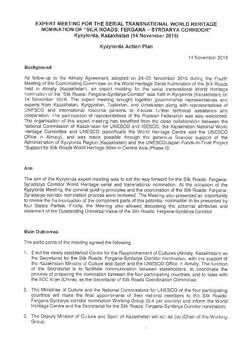