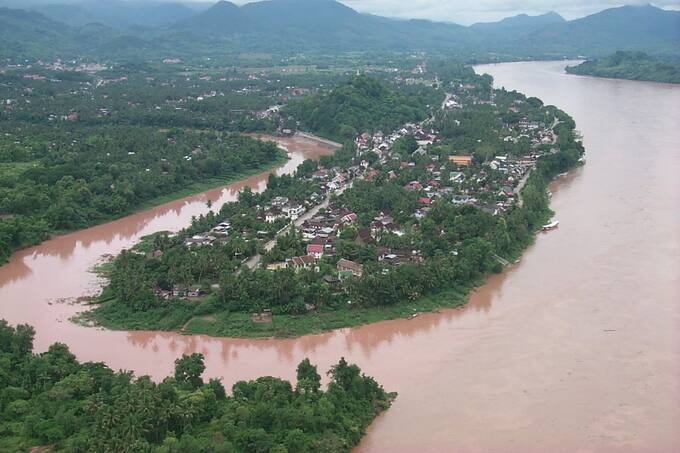 Economic, social and political changes in recent years – globalization, multiplication of key players, decentralization, and diminution of the role of centralized planning – have forced many countries to change their approach to urban conservation and development.

Very many projects implemented within the framework of the France-UNESCO Cooperation Agreement have focused on urban conservation. One can cite projects centred on sites such as Luang Prabang (Lao People's Democratic Republic), Hué (Viet Nam), Saint-Louis (Senegal), Grand-Bassam (Ivory Coast), Bejaïa (Algeria), the fortified towns (Ksours) of Mauritania, and Riga (Latvia), as well as the establishment of projects such as the Indian Heritage Cities Network, or the cultural mapping of urban heritage in the Comoro Islands. There are also initiatives such as the special sessions organised at the Urbino Workshop in Italy as part of the 30th Anniversary of the World Heritage Convention, and Africities Summits that bring together members of African local authorities. The France-UNESCO Cooperation Agreement has also participated in producing books about cities, such as ‘The Historical Atlas of Kyoto’, publications such as ‘Partnerships for World Heritage Cities: Culture as a Vector for Sustainable Urban Development’, and ‘Developing Historic Cities: Keys for Understanding and Taking Action. A compilation of case studies on the conservation and management of historic cities’. The France-UNESCO Cooperation Agreement has also provided support to the World Heritage Cities Programme as well as assistance with drawing up the Recommendation on the Historic Urban Landscape.

The France-UNESCO Cooperation Agreement has actively contributed to the development of integrated and coordinated management and development methodologies that use economic, sociological and cultural resources. The outstanding example of this is the collaborative project for the protection and development of the city of Luang Prabang in Lao People's Democratic Republic. These methodologies drew inspiration from a participatory approach to conservation, development and governance, taking into account the dynamic and changing nature of cities, where the preservation of a living urban culture is the key to conservation, rehabilitation and integrated growth.

As part of the World Heritage Cities Programme, and following ideas put forward at the 2005 Vienna Conference which examined the integration of contemporary architecture in historic centres, the World Heritage Centre published a paper in its World Heritage series entitled Management of Historic Cities (No. 27). The France-UNESCO Cooperation Agreement gave financial and technical support to this publication, offering the expertise of a French urban architect and carrying out a detailed revision of the translation, mainly from English into French. This publication tackled current thinking on management and conservation of historic centres as much from the theoretical point of view as from a practical one against a background of unprecedented development and urban growth.

Following the adoption in 2005 of the Vienna Memorandum on ‘World Heritage and Contemporary Architecture: Managing the Historic Urban Landscape’, the World Heritage Centre launched a programme of themed meetings and discussions on this subject. The Vienna Memorandum introduced the concept of historic urban landscape: the historic city in its ‘topographical’ and ‘environmental’ context, understood in the broader territorial and landscape context, expressing ‘specific economic and sociocultural values’, and constantly evolving. It defined the conditions for integrating contemporary architecture in the historic fabric of a city. New elements in the document included: firstly, broadening of the spatial scale and secondly, consideration to be given to the preservation of historical traces as part of the inevitable changes. The Recommendation on the Historic Urban Landscape - the result of six years of reflection and work as well as many consultations and discussions - has made it possible to understand changing situations and take into account the challenges faced in recent years concerning conservation of the built environment and territories in spatial strategic planning and urban development.

France, which has a strong tradition of urban conservation, expertise in urban and regional development and a wealth of well-developed partnerships, has given its support to this recommendation and to the international debate.

In 2009, the France-UNESCO Cooperation Agreement gave its support to the international discussion on the concept of historic urban landscape and supported the organisation of seminars on the French experience of historic urban landscapes. These seminars, held 8 and 9 June 2009 in Bordeaux, France, were organised in conjunction with ICOMOS France (the French branch of the International Council on Monuments and Sites), the Association nationale des architects des bâtiments de France, ANABF (the National Association of the Architects of the Buildings of France) and the Association Nationale des Villes et Pays d'Art et d'Histoire & des Villes à Secteurs Sauvegardé, ANVPAH & VSSP (the French National Association of Towns and Regions designated Villes et Pays d’Art et d’Histoire and Towns with a Protected Sector or in an Architectural Heritage Protection Zone).

With regard to the elaboration of the Recommendation on the Historic Urban Landscape, within the framework of the France-UNESCO Cooperation Agreement, thanks to backing from the French Development Agency (AFD) financial support was provided for the organisation of a meeting of experts (category VI) in May 2011 to prepare a draft of the proposed Recommendation prior to its submission to the General Conference. Furthermore, the Secretariat of the France-UNESO Cooperation Agreement lent support to the preparation of the Recommendation, in particular concerning French terminology.

55 Member States took part in the meeting, which was supported among others by the France-UNESCO Cooperation Agreement, and which followed Resolution 42 adopted by the General Conference at its 35th session (16 October 2009). A revised draft, including comments from Member States, was presented and discussed in 2009. The final draft of a new UNESCO Recommendation on the Historic Urban Landscape was completed on 27 May 2011. It is this Recommendation, apart from a few modifications, which was approved by acclamation on 10 November 2011 at the 36th session of UNESCO’s General Conference (October/November 2011). A glossary of terminology was drawn up to explain technical terms.

This Recommendation was the first standard-setting instrument concerning a historic urban issue to be adopted by UNESCO in 35 years. The last one was the 1976 Nairobi Recommendation concerning the Safeguarding and Contemporary Role of Historic Areas. A ‘Recommendation’ is different from ‘Conventions’ in that it is a non-binding document. It concerns standards that are not subject to ratification, but that Member States are asked to put into practice, make known and disseminate in the wider community. The document is accessible online.

The France-UNESCO Cooperation Agreement has taken part in numerous workshops and conferences in order to support the monitoring of the Recommendation on the Historic Urban Landscape.