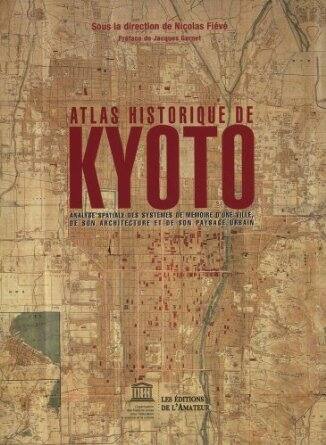 Home of Japanese culture for more than a thousand years, Kyoto was the capital of the Japanese Empire from its founding in the eighth century until the mid-nineteenth century. Miraculously spared by the bombings of World War II, Kyoto retraces the evolution of Japanese wooden architecture and the art of Japanese gardens, and testifies to a unique form of interaction between man and nature. The property Historic Monuments of Ancient Kyoto (Kyoto, Uji and Otsu Cities) was inscribed on the World Heritage List in 1994.

As part of the “Cities of Asia: Heritage for the Future” programme, the UNESCO World Heritage Centre, with the support of the France-UNESCO Cooperation Agreement, supported the research programme on urban transformations of the City of Kyoto, Japan, conducted by a group of French and Japanese university scholars studying contemporary phenomenon of the development of Kyoto, which is representative of numerous Asian cities.

This research project, on the transformation of the urban landscape of Kyoto, was developed in a broader framework with the input of several disciplines including history, anthropology, urban planning and architecture. It resulted in the drafting of the Historical Atlas of Kyoto: Spatial Analysis of the Memory Systems of a City, its Architecture and Urban Landscape, which examines the economic, social, cultural, political, religious, architectural and urban history of the city through its spatial evolution. This reference tool for research in human and social sciences on the City of Kyoto examines the place and role that cultural heritage can play in the construction of new urban landscapes within the modernisation process of traditional areas.

Twenty-one of the researchers contributed to the preparation of the atlas prepared under the direction of Nicolas Fiévé, Director of Studies at the Ecole pratique des hautes études (institution of higher education and research) and Deputy Director of the centre for research on Chinese, Japanese and Tibetan civilizations. This atlas, published in 2008, relies on ancient and modern epigraphic sources and includes numerous previously unpublished archival documents, as well as over 200 original maps.