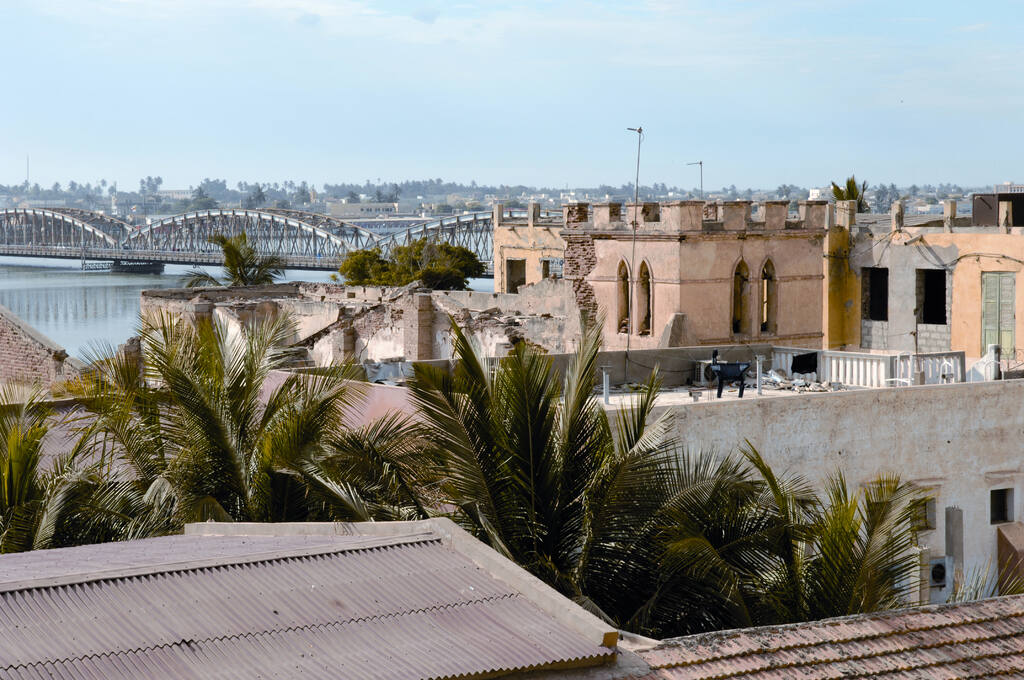 The France-UNESCO Cooperation Agreement, similar to the technical cooperation provided to the Town of Luang Prabang in the Lao People's Democratic Republic, has provided technical and financial support to national and local authorities for the inscription, protection and enhancement and development of the Île de Saint-Louis in Senegal, based on decentralised collaboration with Lille and Toulouse, France, with the Ecole Nationale Supérieure d'Architecture et de Paysage de Lille (ENSAPL) and the expertise of French Ministries, in particular the Ministry of Culture and Communication. Over time, Senegal has worked with the Agence française de développement (AFD) on an urban development project focusing on the restoration of urban heritage and tourism.

Founded by French colonists in the 17th century, Saint-Louis was urbanised from the mid-19th century, becoming the capital of Senegal from 1872 to 1957. For this reason, it came to play a predominant cultural and economic role throughout West Africa.

In 1998, the Senegalese government requested preparation support for the inscription of the Île de Saint-Louis. In 1999, the Senegalese Minister for Culture formulated a request for support within the framework of the newly created framework of the France-UNESCO Cooperation Agreement. An expert mission, in coordination with the relevant Senegalese authorities, evaluated the nomination for the Île Saint-Louis. The Île Saint-Louis was inscribed on the World Heritage List in December 2000. Located between two branches of a river, the Île Saint-Louis is one of the flagship cities of colonial history in West Africa. It presents a complete architectural, urban and rural landscape which is remarkable and highly varied.

After support was provided to prepare the nomination, at the request of Senegal, the World Heritage Centre, within the framework of the France-UNESCO Cooperation Agreement, embarked on a long process of support for the protection, management and enhancement of the site, as well as the development of tools and management mechanisms. This assistance was also received in the form of technical support through decentralised cooperation between the Town of Saint-Louis, Senegal, and Lille Métropole Communauté urbaine (LMCU), France, with support from the French Ministry of Culture, the French Ministry of Foreign Affairs and the then French Ministry of Infrastructure.

The challenge was not only to develop mechanisms for the management, monitoring and oversight required by exceptional heritage, but also to promote sustainable development of the town, taking heritage, culture and local projects into account. The actions involved the implementation of complex tools to improve knowledge of the site (inventory of built heritage carried out as part of the decentralised cooperation between Saint-Louis and LMCU with ENSAPL, protection and management (protection and enhancement plan) and an institutional management framework (Heritage House). They also addressed the social concerns of the island's residents, with a pilot microcredit scheme for families, with projects bringing together economic activity and care for the environment, carried out as part of the project "Poverty Reduction through Sustainable World Heritage Management". Similarly, in response to requests, technical support was provided to national as well as municipal authorities.

In addition, in order to develop a photographic observatory for Saint-Louis in Senegal, a photographic campaign carried out in June 2007 allowed the development of overview pictures and a systematic photographic inventory, to make a comparative series on the evolution of change.

Subsequently, the emphasis was placed on the riverine nature of the town, and on large-scale environmental issues and urban planning. Given the challenges of providing further training and ensuring long-term collaboration through effective coordination between the different participants, and particularly consistency in terms of international aid, the challenge was to associate a positive conservation status, as part of this broader approach to the area, in 2010, with sustainable support for the restoration of heritage in Saint-Louis, both private and public. International workshops on the urban project management, the Atelier de Cergy Saint-Louis 2030, took place in Saint-Louis in Senegal from 10 to 24 April 2010. The workshops were jointly organised by the City of Saint-Louis, Lille Métropole Communauté Urbaine, AFD, the French Environment Ministry and the World Heritage Centre, as part of the France-UNESCO Cooperation Agreement. The goal of these workshops was to develop a future vision for elected representatives and project managers with suggested activities.

In continuation of the "Rivers and Heritage" workshop held on 2 November 2009 at the Senate in Paris, France, the discussion on "Patrimoines fluviaux et territoires” (Heritage of rivers and heritage rivers and territorial development), from 3 to 5 March 2011, allowed various pieces of research on riverine cultures, riverine landscapes and local water-related expertise to be brought together. It emphasised the importance of the process of cultural rediscovery of rivers and their place in local development, addressing in particular the experiences of the River Houses. The discussion also provided information about the work carried out by the River House in Senegal (research into the intangible heritage of the valley of the Senegal river) and strengthened south-south cooperation between the Senegal and Niger rivers (7 participants from Mali came and shared their experience). And it was an opportunity to enhance cooperation between the two rivers and the River House.

Finally, several operations involving support for local development were conducted in the form of highlighting a case study in the handbook "Cultural Heritage and Local Development: A Guide for African Local Governments" and also as part of the project "Cultural Heritage and Local Issues in Francophone Africa" produced by the Association Internationale des Maires francophones (AIMF), the International Association of Francophone Mayors.

Actions were also taken as part of this decentralised cooperation to enhance heritage and raise awareness among young people, and presented in the research collected on these developing cities."Developing historic cities: keys for understanding and action. Case Studies on the Conservation and Management of Historic Cities".