The 10th Anniversary of the 2011 UNESCO Recommendation on the Historic Urban Landscape serves as a catalyst for greater adoptions of the HUL approach. The Anniversary is a platform to share lessons learned from COVID-19 and to resume discussions on the future of urban management, including topics such as public space, renovations, tourism, infrastructure and livelihoods.

Read the last issue
Newsletter May 2021 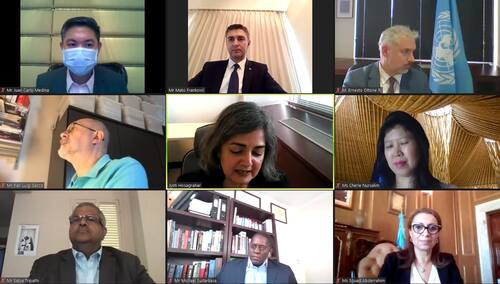 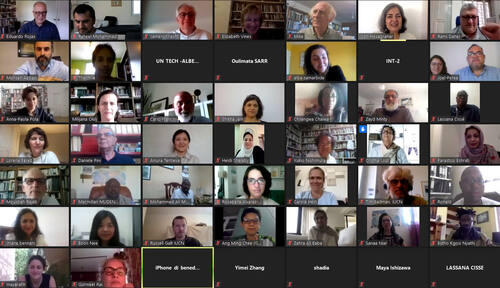 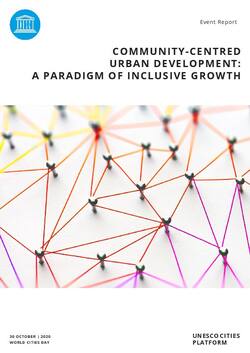 3. Taking note with satisfaction of Decision 181 EX/29 adopted by the Executive Board at its 181st session (April 2009) on the preliminary study on the technical and legal aspects relating to the desirability of a standard-setting instrument on the Conservation of the Historic Urban Landscape,

4. Encourages the General Conference to take action at its 35th session (October 2009) aimed at drawing up a new standard-setting instrument in the form of a Recommendation on the Conservation of the Historic Urban Landscape;

5. Requests the Director of the World Heritage Centre to report on this matter at its 34th session in 2010;

6. Welcomes the principle of adopting the concept of Historic Urban Landscape in the text of the Operational Guidelines but requests that further reflection be given before any final decision is made;

7. Also requests the Director of the World Heritage Centre to seek extra-budgetary funds with the aim to convene an Expert Meeting with the mandate to prepare in cooperation with the Advisory Bodies and other professional and academic institutions a draft text for the possible inclusion of the Historic Urban Landscape in the relevant sections of the Operational Guidelines and identify significant case-studies for continuing evaluation and possible inclusion as best practice in an appendix, for examination by the World Heritage Committee at its 34th session in 2010;

8. Takes note with gratitude of the offer of Brazil to host this meeting in Rio de Janeiro;

9. Further requests the Director of the World Heritage Centre in cooperation with the Advisory Bodies to further identify methods and processes towards the establishment of guidelines on the assessment of the impact of contemporary architectural insertions on the Outstanding Universal Value of World Heritage properties for discussion by the 34th session of the World Heritage Committee in 2010.

3. Noting decision 179EX/25 regarding a "Proposal by the Director-General for the preparation of a revised recommendation concerning the safeguarding and contemporary role of historic areas" that includes a full preliminary study of the technical and legal aspects of the issue;

5. Requests the World Heritage Centre and the Advisory Bodies to prepare a plan of action and timetable, setting out the timeframe for developing new Orientation Guidelines on management of historic urban World Heritage properties including impact assessment tools, for submission to the Committee at its 33rd session in 2009.

3. Takes note of the report and welcomes the Vienna Memorandum adopted at the above-mentioned international conference;

4. Encourages States Parties to integrate the notion of historic urban landscape in nomination proposals and in the laboration of management plans of properties nominated for inscription on the World Heritage List;

5. Also encourages States Parties to integrate the principles expressed in the Vienna Memorandum into their heritage conservation policies;

6. Requests the Advisory Bodies and the World Heritage Centre to take into account the conservation of the historic urban landscape when reviewing any potential impact on the integrity of an existing World Heritage property, and during the nomination evaluation process of new sites;

7. Recommends that the General Assembly of States Parties to the Convention at its 15th session (UNESCO, 2005) adopt, on the basis of the Vienna Memorandum, a Declaration on the Conservation of Historic Urban Landscapes;

8. Also recommends that the General Conference of UNESCO adopt a new recommendation to complement and update the existing ones on the subject of conservation of historic urban landscapes, with special reference to the need to link contemporary architecture to the urban historic context.

1. Notes the information contained in working document WHC-02/CONF.202/13B on an analysis of the major conservation issues identified through a review of the international assistance requests, state of conservation reports and the periodic reporting exercise;

2. Further notes the implementation status of the four World Heritage Programmes (Sustainable Tourism, Cities, Earthen Architecture and Forests) adopted by the Committee at its 25th session in December 2001 and initial proposals for future Programmes;

3. Invites the Director-General to develop new Regional Programmes based on the needs specifically identified through the regional periodic reporting exercise with a view to achieve the new Strategic Objectives and to submit these programmes for consideration and adoption at the 27th session of the Committee in June/July 2003;

4. Further invites the Director-General to propose targets (outputs) and a timetable for their implementation.