Post-Conflict and Post-Disaster Reconstruction and Recovery

Post-conflict and post-disaster reconstruction became an increasingly important issue after the destruction of cultural heritage sites in countries such as Afghanistan, Iraq, Libya, Mali, Nepal, Syria, and Yemen. Many more sites globally are at risk. Developing cultural heritage frameworks and guidance are key to addressing the multi-faceted challenges of reconstruction.

This web page, made possible by a project funded by the Netherlands, aims at providing updated information on the activities launched by UNESCO and its partners and strengthening support to States Parties in planning for the reconstruction and restoration of World Heritage properties in order to assist communities in healing and building resilience. Indeed, actions needed to rebuild and restore World Heritage damaged by conflict and disaster go beyond authenticity and integrity; they are complex processes that also addressed socio-economic issues and the needs of local communities.

UNESCO has launched key initiatives for the reconstruction and recovery of a number of sites heavily damaged by conflict or disaster. Dedicated webpages gather the information on the activities undertaken by UNESCO and its partners:

Following the devastating twin explosions in Beirut, Lebanon, on 4 August 2020, UNESCO is mobilizing leading organizations and experts from Lebanon and abroad in an effort to coordinate emergency and longer-term measures to safeguard the city's severely damaged education system and cultural heritage. The approach builds on the 2011 UNESCO Recommendation on the Historic Urban Landscape (HUL).

Revive
the Spirit of Mosul

The initiative "Revive the Spirit of Mosul" was launched by UNESCO in collaboration with the Government of Iraq in September 2018. It is one of the most important reconstruction campaigns undertaken by UNESCO in recent times and focuses on the human dimension of reconstruction.

In Timbuktu, UNESCO has undertaken the reconstruction of destroyed mausoleums, the rehabilitation of mosques and private libraries, and projects to preserve ancient manuscripts.

This section provides access to a number of expert meetings, workshops, conferences and events organized by UNESCO and its partners in the last decade on the issues of post-conflict and post-disaster reconstruction and recovery:

The project funded by the Netherlands also supported the elaboration of several papers demonstrating the role of the recovery of cultural heritage in harnessing reconciliation in post-conflict reconstruction:

*The ideas and opinions expressed in these articles are those of the authors; they are not necessarily those of UNESCO and do not commit the Organization. The designations employed and the presentation of material throughout these articles do not imply the expression of any opinion whatsoever on the part of UNESCO concerning the legal status of any country, territory, city or area or of its authorities, or concerning the delimitation of its frontiers or boundaries. 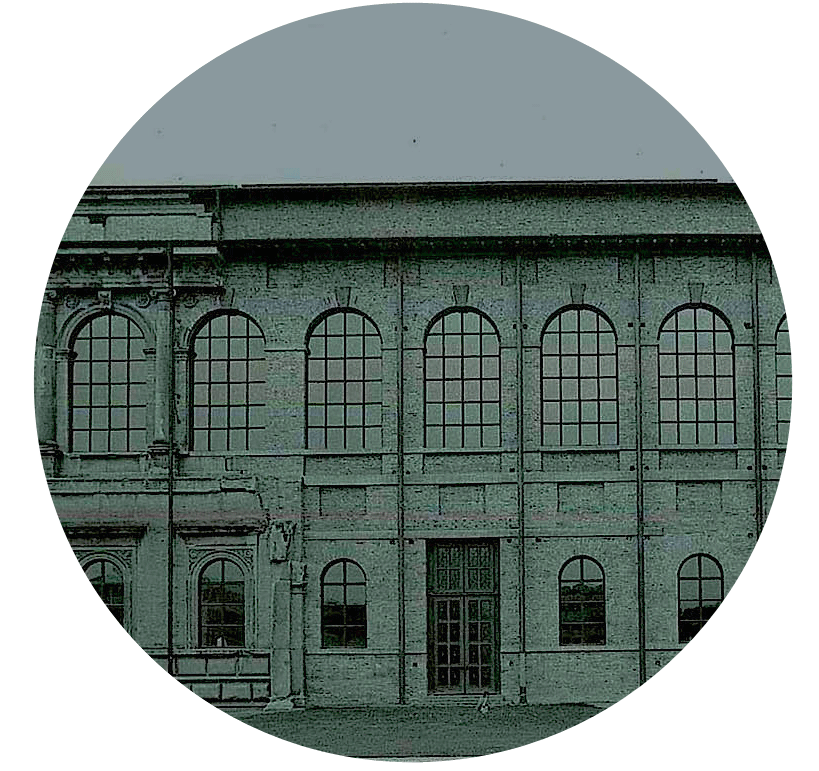 Note on post-bellica restoration in Europe after 1945
Nicolas Detry

Post-bellica restoration is the architectural intervention on a ruin resulting from war, once peace is restored. After the destruction of conflict, the challenges of architectural restoration are often highly complex. The restoration of historical monuments after 1945 in Europe is based on the acceptance or refusal of the drama of the loss. In the context of current conflicts, Nicolas Detry supports the validity of post-bellica restoration as part of informed and open debates on restoration, and how it can inform how heritage restoration is addressed today. He points out that as long as heritage is only seen in connection to identity, then it will be the object of all desires and risks being taken hostage. More broadly, the question of ‘living together’ is at stake and, therefore, the way in which these monuments are restored is crucial in reinstating peace and dialogue. 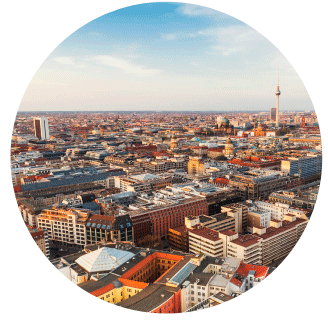 In Berlin, a significant share of current building activity is at sites that were bombed in 1945, and can be considered a part of the post-war reconstruction. The duration of reconstruction, a particularity of Berlin’s experience, is highlighted by Denis Bouquet as he traces the reconstruction process of the city following the destructions of the Second World War to the present day. He also points out how reconstruction has catalyzed and shaped the various phases of architecture, planning and urbanism in Berlin. Moreover, after almost 30 years after the fall of the Wall and 75 years after the partial destruction of the city, reconstruction remains an entry point to its understanding. Bouquet emphasizes the importance of critically examining all of the aspects at stake during the very early phases of reconstruction, including the associated social, political, environmental, aesthetic and functional challenges. He also warns that Berlin’s experiences can’t be considered universal lessons for all reconstruction endeavours, and that models should be considered with great care - and even challenged – with regard to their relevance and content. 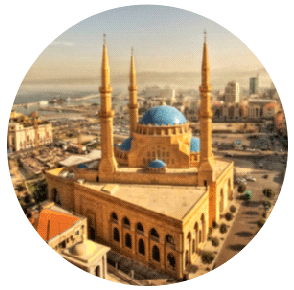 The exceptional cultural vitality of Beirut in the 1950s and 1960s was heavily disrupted by the civil war that ravaged the country from 1975 to 1990. Beirut’s society was dismantled and divided on confessional grounds, along with its institutions. In their paper, Howayda al-Harithy and Dina Mneimneh examine how, after the end of the civil war, reconstruction efforts failed to address social and cultural dimensions of recovery. Government initiatives, crippled by institutional fragmentation and financial challenges, reduced the reconstruction of the whole country to that of central Beirut, and subsequently entrusted it to the private development company, Solidere. The authors place significance focus on the impact of the actions of Solidere in Beirut’s city centre, an area which has become both a symbol and criticism of Lebanon’s post-war national recovery. The city is painted in a post-war context of recovery where remembrance and erasure continue to be juxtaposed and negotiated. Based on the experiences of Beirut, the authors conclude by putting forward recommendations for planning and public participation, governance, and a sustainable approach to cultural heritage. 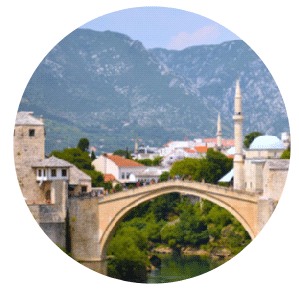 Participative reconstruction as a healing process in Bosnia
Amra Hadžimuhamedović

The destruction of cultural heritage in Bosnia was not simply a collateral outcome of the 1990s war. It was large-scale, systematic and co-orchestrated with other forms of human suffering, such as expulsions, torture, rape, civilian detention and mass killings. Post-war rehabilitation of cultural heritage in Bosnia was charged with the mission to mitigate the consequences of ethnic cleansing and the tremendous physical losses in Bosnian historic landscapes. While Annex 8 of the Dayton Accords ‘Agreement on the Commission to Preserve National Monuments’ in 1995 was a significant turning point in the peace settlement as cultural heritage was recognized for the first time in international conflict resolution policy, it only began to be implemented five years after the conflict ceased. Amra Hadžimuhamedović explores how post-war trauma healing and heritage restoration processes spontaneously became some of the most influential factors in the peace settlement and its sustainability in Bosnia. In particular, the returnees’ claims for – and restoration of – their heimats (homelands) have been heavily symbolic. Reconstructing buildings and complexes with strong symbolic and associative values has offered a means of centering people around shared values and memories. 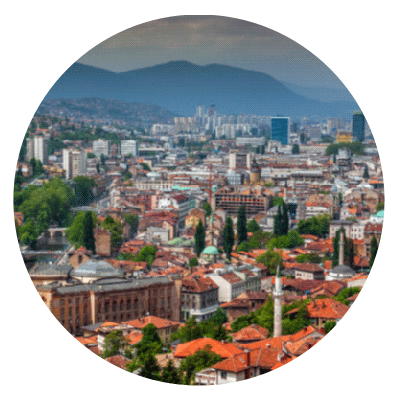 For the citizens of Sarajevo, prioritizing the recovery of life was placed in parallel to the reconstruction of urbanity and cultural heritage. The city’s resilience during its siege from 1992 to 1996 and its post-war rehabilitation are a source of lessons learned on the access to post-war recovery of cities. Amra Hadžimuhamedović analyses Sarajevo's recovery in two key stages: (a) recovery in bello, conducted in various forms during the war; and (b) recovery post bellum, which covers a period of more than 20 years after the end of the siege. She examines how both positive and negative lessons can be gleaned from the actions when examined through the lens of a 3P (people-centred, place-based, policies) approach. While Sarajevo stands today as a vibrant city with a high level of public security, the scars of the war are still prevalent and the ongoing stage of post-war recovery is challenging due to the ambivalence of the development goals. Hadžimuhamedović underscores that the recovery process must be based on a critical approach that takes into account the specific cultural, physical and historical context of a city.

A great number of case studies were presented to the Warsaw meeting (2018) and were subsequently published as: M. Marcinkowska and K. Zalasinska (eds.) in cooperation with D. Lipska : The Challenges of World Heritage Recovery, Warsaw: National Heritage Board of Poland, 2019.

A number of chartres and recommendations frame the international action and the reflection on conservation and restauration, and, reconstruction and recovery of built heritage:

UNESCO and its Partners have published a number of publications addressing post-conflict and post-disaster reconstruction and recovery. The publications presented in this section are available online:

This webpage has been created thanks to the support of the
Ministry of Education, Culture and Science of the Netherlands