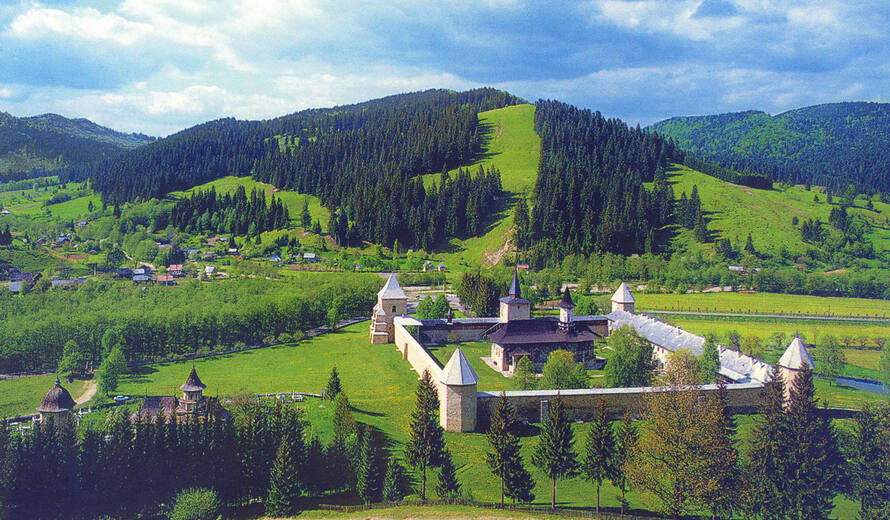 The World Heritage Committee meeting in Brasilia has today approved extensions to three cultural sites in Austria, Romania and Spain.

The approved extensions include (in order of inscription):

Graz is an exemplary model of the living heritage of a central European urban complex influenced by the secular presence of the Habsburgs. The site was inscribed on the World Heritage List in 1999. The extension concerns the castle, Schloss Eggenberg, located about three kilometres west of the historic centre of Graz. It was built shortly after 1625, on the site of an earlier castle, as the state residence of Duke Hans Ulrich von Eggenberg (1568-1634), one of the most prominent political personalities of 17th-century Austria. Schloss Eggenberg is an exceptionally well-preserved example which bears witness, through its architecture and external decoration, to the influence of the late Italian Renaissance and the Baroque period.

With their exterior walls entirely covered in 15th- and 16th- century fresco paintings, directly inspired by Byzantine art, these seven churches in northern Moldavia are unique in Europe. These paintings form a systematic covering of all the facades and their exceptional composition, the elegance of the characters, and the harmony of the colours blend perfectly with the surrounding countryside. The Churches of Moldavia were inscribed on the World Heritage List in 1993. The Church of the Suceviţa Monastery completes this complex. Its interior and exterior walls are entirely decorated with mural paintings of the late 16th century. It is situated within the fortified enclosure of the Monastery and is the only one to show a representation of the ladder of St John Climacus.

The Prehistoric rock-art ensemble in the Côa Valley, Portugal, inscribed on the World Heritage List in 1998, is an exceptional concentration of rock carvings from the Upper Palaeolithic (22,000-10,000 B.C.) and is on a scale that makes it the most outstanding example of early human artistic activity in this form anywhere in the world.

The archaeological zone of Siega Verde, in the Castilla y León region (Spain), completes the site. The 645 engravings were made on an impressive cliff, the result of erosion by the river. They are mostly figurative, representing animals, although some schematic and geometric figures have also been identified. The prehistoric rock-art sites of the Côa Valley and Siega Verde represent the most remarkable open-air ensemble of Palaeolithic art on the Iberian Peninsula.

These sites are in addition to 17 other mixed and cultural sites inscribed or extended during the current session of the Committee in Sri Lanka, the United States, Tanzania, Saudi Arabia, Australia, India, Republic of Iran (2), Marshall Islands, Republic of Korea, Viet Nam, China, Tajikistan, France, Netherlands, Germany and Norway.